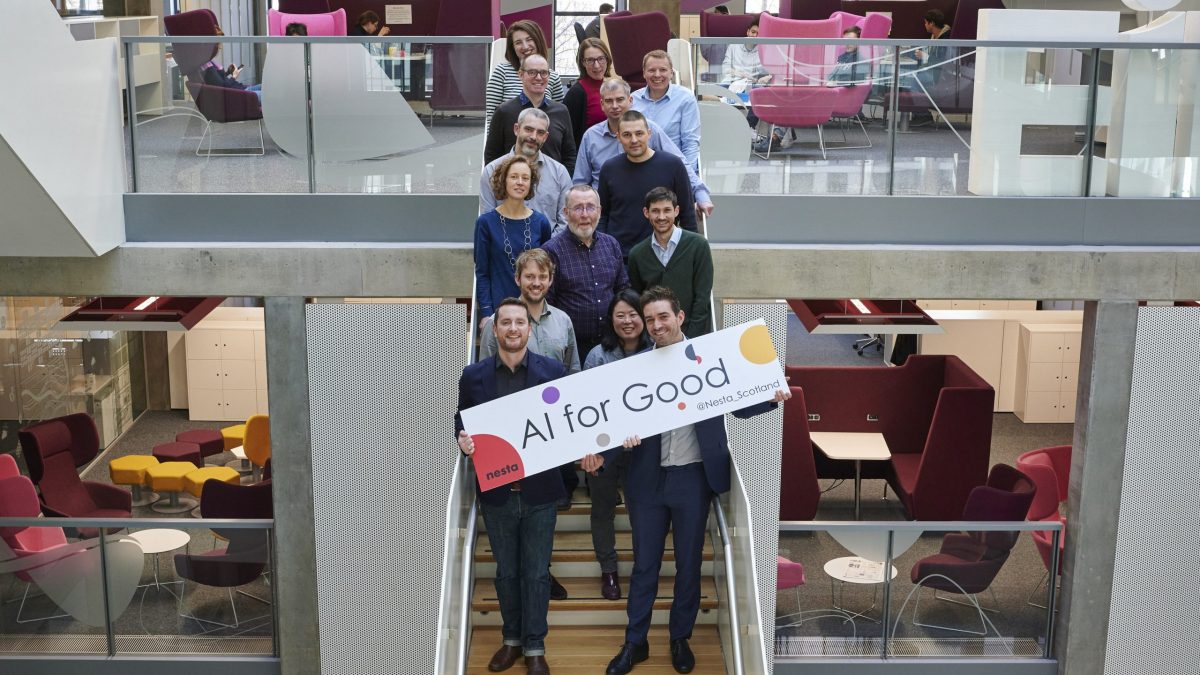 A new £100,000 fund has been launched in Scotland to support artificial intelligence technologies that can bring about positive social change.

Nesta in Scotland, the Scottish arm of the UK’s innovation foundation, has launched its ‘AI for good’ fund to support ethical uses of the technology that can change Scotland and the UK for the better.

Scotland is at the forefront in the latest technologies such as artificial intelligence (AI), and Edinburgh alone has the fifth highest concentration of AI research of any part of the UK.

Nesta in Scotland, which is based at The Bayes Centre in Edinburgh, revealed that the fund will be aimed at organisations and individuals striving to improve social outcomes such as preventing crime, reducing loneliness or improving a young person’s outcomes.

The charity warns AI is also a controversial tool with as many risks to its application as there are opportunities. With this in mind, Nesta in Scotland aims to unearth and celebrate the best of Scotland’s AI innovations that bring about positive change.

The fund is open for applications now until 10th January 2020 and entries are welcome from students, academics, start-ups, SMEs, public, private and third sector bodies. Nesta wants applications from a wide range of areas including health, wellbeing, poverty, homelessness, inequality, education, creative industries, government, climate action, transport, manufacturing, emergency services, academia and research. Winning entries will be given a grant of £15,000-£20,000 as well as a programme of support and engagement from Nesta in Scotland.

More recently, Nesta has published Educ-AI-tion rebooted?, looking at the potential of AI tools in schools and colleges, and explored how the future of skills will be affected by AI and automation. The organisation wants to apply this expertise to supporting innovation for good in Scotland.

Adam Lang, Head of Nesta in Scotland, said: “We want to support and spread the word about great uses of AI in Scotland. So much of the conversation around AI is focused on robots taking our jobs or spying on us but Scotland has a long history of innovation and inventing things that change the world for good and we want to make sure we can make the most of the tremendous potential of AI.

“As well as providing grants we want to celebrate the best of Scottish innovation, as well as sharing 20-years of Nesta’s knowledge about innovation to help the winners to grow and support AI for good.”

The new fund comes at a time of growing focus on the economic and social potential of AI in Scotland, with the Scottish Government having recently committed to developing a new AI strategy for Scotland in this year’s Programme for Government.

Service Design - and why everyone’s talking about it