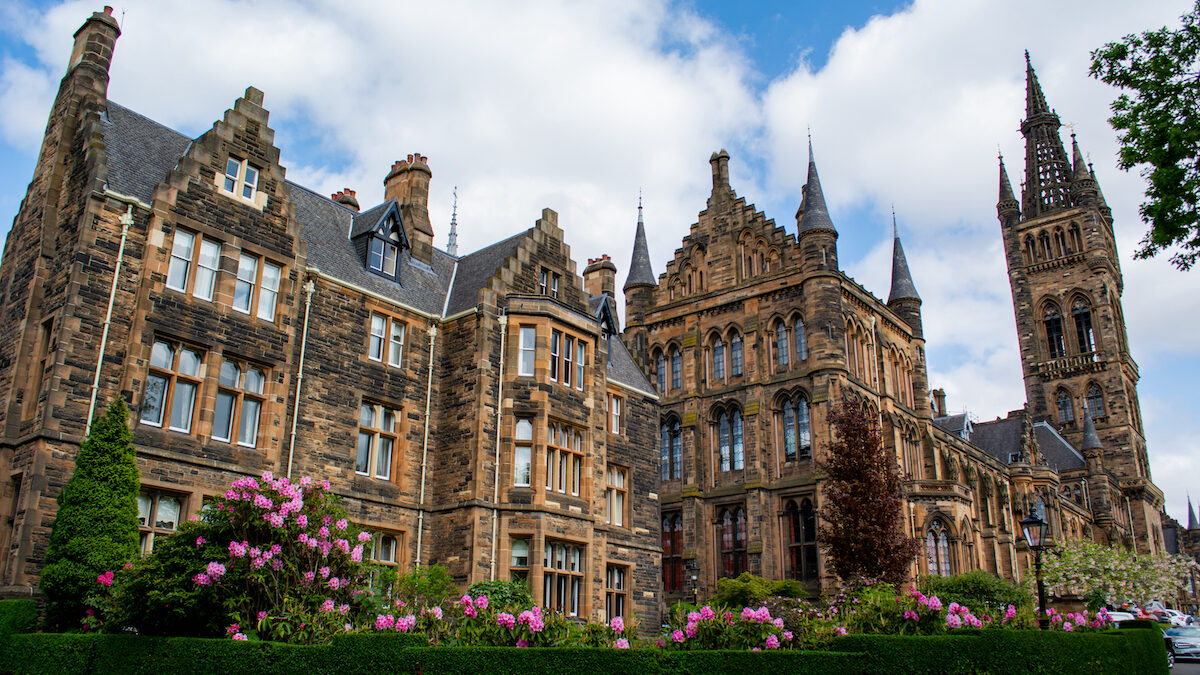 Professor Sir Anton Muscatelli, the principal of Glasgow University, has called for greater ‘clarity of purpose’ and a more joined up approach towards a ‘shared national mission’ to boost higher education and business research and development.

The 50-page Muscatelli Report detailed how Scotland is currently “struggling” to attract funding from the likes of Innovate UK – the arms-length government body set up to drive funding in research and innovation.

His report highlights that the country has consistently underperformed compared to average investment made by Organisation for Economic Co-operation and Development (OECD) countries in innovation and research.

“As we strive to meet Scotland’s full potential as an innovative economy, it is important that we are equipped with the right tools – to take both positive action, and to help understand where there are currently areas for improvement,” he wrote.

He adds: “We should not be afraid to reflect openly and honestly on the areas in which we are currently struggling. We must also recognise the ways in which we are currently constrained in our actions. Neither of these actions will change anything in and of themselves but will ensure our efforts to see Scotland at the forefront of innovative economies around the world are built on the strongest possible foundations.”

Prof. Muscatelli, who was asked by Scottish Government to write the report, said government’s desire for business R&D (BERD) to reach £1.7bn by 2025 should be an imperative that ‘becomes more than a government target, but becomes a shared national mission for institutions across all sectors in Scotland’.

In a 22-point plan, his recommendations includes more powers to be devolved to Scotland – including for skilled migration – and for Scottish Funding Council and the Enterprise Agencies to set a target for Scotland to attract investment for innovation activity from external sources, as well as greater collaboration between higher education institutions and the development of key sectors. Those sectors include precision medicine, life sciences, engineering (including advanced manufacturing, quantum and nanotechnology); financial and business services; and creative, cultural and digital industries.

Government and its agencies should introduce a mechanism to ensure greater collaboration and coordination in bidding for UK funding streams, ‘preventing actors in Scotland from pursuing conflicting objectives or duplicating efforts’.

He wrote: “These recommendations have been grouped within three overarching themes; that of ensuring that the innovation agenda becomes a truly national mission for universities, industry, government and agencies working together in the national interest, that we ensure our efforts in this space are built on the strongest foundations with all actors equipped with the necessary information and tools, and that our collective efforts as a nation are joined up with a clarity of purpose that has often been lacking while efforts are duplicated and colleagues across organisations and sectors occasionally work at cross purposes.”

Speaking at the report’s launch at the Royal Society of Edinburgh today, Sir Anton said: “Scotland’s universities are a real success story for the country – already making a huge impact on economic growth at home and punching well above our weight internationally. But it’s important that we continue to be ambitious both for the Higher Education sector and for Scotland – and I know that there is so much potential for our universities to contribute even more to our economy and our society.

“This report sets out precisely how our universities, government and funding agencies can work together to do just that – calling for a shared national mission to put Scotland among the most innovative economies in the world.

“Scotland is known throughout the world for our proud industrial history – but we can no longer afford to look backwards to past glories.  Instead, we should reimagine our industrial and scientific legacy as a springboard to create a new legacy of invention and innovation for the 21st century, equipping our children and young people with the skills and opportunities to lead the world in the industries of the future.

“Our country drove the industrial revolution and led many of the scientific advances which defined the 20th century.  If we are to succeed in the modern economy, we need to retake our place at the forefront of international innovation in the emerging fields like Precision Medicine, Quantum Technology, FinTech and nanofabrication.

“Whether we can do so will depend on a number of factors – investment, collaboration, a national clarity of purpose and many more.  But the will is there and our fundamental assets are strong – and I have every confidence that by working together we can each play our part in ensuring that Scotland meets its full economic potential.”

Economy Secretary Derek Mackay said: “I want to thank Professor Sir Anton Muscatelli, one of Scotland’s foremost economists, for this report examining how universities can continue to work alongside industry to prepare our economy for the future.

“Scotland’s world-class universities are already a major economic driver and it is important we ensure they can continue to fulfil their significant potential.

“We look forward to considering Professor Muscatelli’s recommendations in detail and responding over the coming year.”