Home > Business & Economy > Property on the cusp of a tech revolution 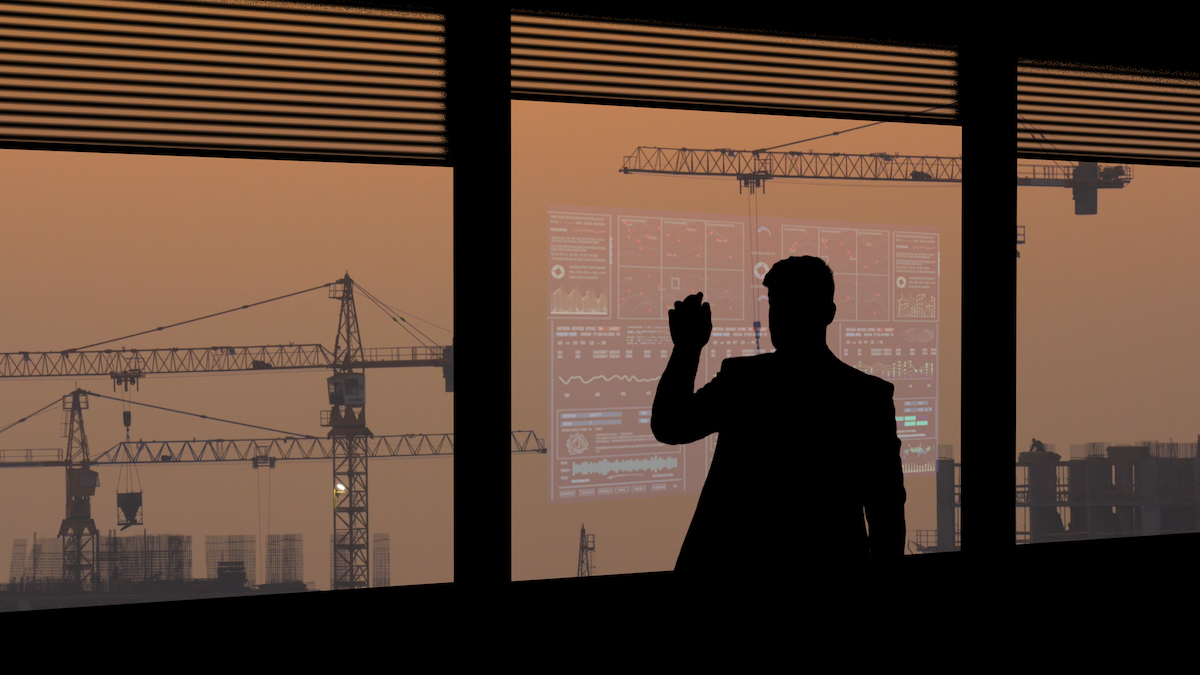 Have you ever returned to work from lunch to find lethargic colleagues sipping coffee, or even dozing at their desk? If you work in an office, you most likely have. It’s the well-known afternoon slump – often thought to be the result of over-indulgent meals or the consequence of a morning’s hard work.

That, however, is a misconception – one that has a real impact on productivity for countless businesses and, collectively, the entire economy. It’s one of the many enduring problems faced in offices across the world that are being tackled by technology coming out of Scotland.

A new generation of property technology companies, or proptech as they’re coming to be known, are emerging across the country. One by one, their technologies will change commercial property for the better, whether it’s how much office space a business leases, how a clinic manages its rooms, or enabling automated control of buildings.

One of them is Cumbernauld-based Gas Sensing Solutions (GSS), which is taking on the post-lunch snooze. Part of the reason it’s such a problem is that modern building regulations have focused on energy efficiency, which has the effect of reducing the proportion of fresh air getting in. This can lead to a build-up of carbon dioxide in buildings through the day – making occupants increasingly tired.

To tackle the issue, GSS worked with Glasgow Caledonian University and CENSIS to develop a smart building energy management system which continuously monitors air quality, predicts a looming rise in CO2, and takes action to improve it. The system can even estimate how many people – if any – are in a room and adapt its behaviour to make the occupants more comfortable whilst maintaining energy efficiency, by adjusting ventilation and temperature.

Yet, productivity isn’t just an issue for staff – it can be a challenge for buildings or equipment too. In these cases, it’s more often referred to as availability or utilisation – a perennial problem for organisations seeking to achieve the best value and service delivery from their facilities.  With 500-million sq. ft. estate and its almost countless moveable assets, the National Health Service is no stranger to this.

Analyses suggest that many facilities, including those in the NHS, could deliver significantly more if there was a better way to monitor and manage their use. Scottish start-up Beringar is taking this problem head on, by developing a non-intrusive sensor, and associated analytics, to understand facility and asset utilisation. The company is already working with the NHS to improve its understanding of how its buildings and equipment, such as hospital beds and crash trolleys, are used.

Transmitting data wirelessly using a “LoRaWAN” long range, low power, wide-area network – a type of Internet of Things (IoT) network – the sensor replaces traditional methods of measuring and assessing the use of buildings, such as clipboard surveys. It accurately counts the number of people in a room, recording occupancy levels, and identifies trends in the way areas are used, without sending an image of the people.

While the NHS could be the biggest beneficiary of this technology, it could also be used in a range of other scenarios, including higher education, leased offices and by construction firms. In fact, several of Scotland’s universities are already seeing the benefits of the IoT.

In Inverness, for example, a consortium of organisations – including CENSIS, Stream Technologies, and SPICA Technologies – installed LoRaWAN connected indoor environmental-monitors at the £13m An Lòchran building on Inverness Campus. The building is jointly owned by Highlands and Islands Enterprise, the University of the Highlands and Islands, and Scotland’s Rural College.

Monitoring a range of data – temperature, humidity, CO2 levels, noise, and light – the network has helped its owners and occupants make better decisions about how they manage the building, through data visualisation and analytics. For example, they could tell which rooms were occupied, which weren’t, and adjust conditions remotely to make them more comfortable.

Combined, these three company collaborations demonstrate the colossal changes that could be on the way for property owners and occupiers. The ability to monitor the occupancy levels of rooms across an entire estate could be transformative for a university or other large organisation, while keeping CO2 levels in check could lift worker productivity.

These are just some of the ways in which technology will change commercial property as we know it. Between them, they could allow organisations to make smarter decisions with their space, boost productivity, and cut unnecessary costs for occupiers and landlords. There are serious benefits for everyone to realise if they implement it the right way.

Property is on the cusp of a tech revolution; it’s now up to the industry to embrace it.

Minister checks in to visit digital loan recipient at CodeBase