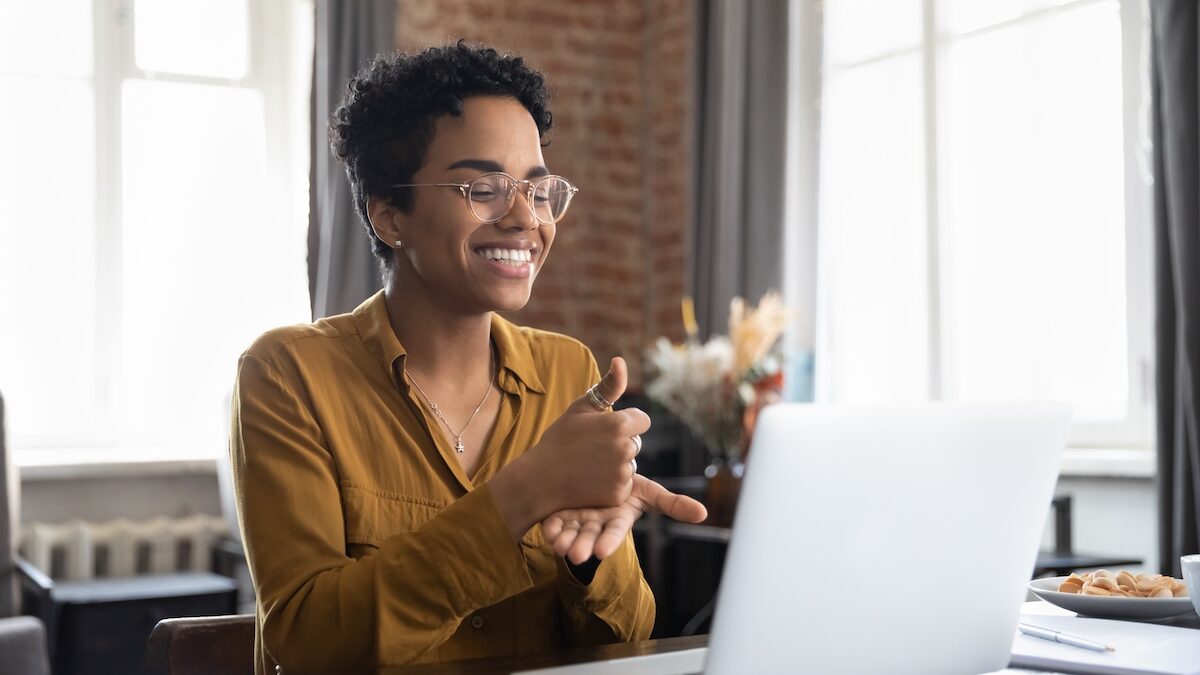 Edinburgh researchers have helped to produce a sign language glossary for deaf people who use digital technology in education or the workplace.

The experts at Edinburgh University are part of a team that has created more than 500 signs covering computer science, cybersecurity, data science and software development.

They say the glossary will help the deaf community access qualifications and careers in one of Scotland’s fastest-growing sectors.

It is a key strand of the institute’s Data Education in Schools initiative, which is part of a wider programme called the Data-Driven Innovation (DDI) Skills Gateway.

DDI Skills Gateway is funded as part of the £1.3 billion Edinburgh and South East Scotland City Region Deal, which aims to drive economic growth and includes investment in skills and employability.

A UK-wide team of eight deaf people, who are also tech experts, spent eight months with sign linguists developing and testing the new signs for the glossary.

Team member Ben Fletcher, who is principal engineer with the Financial Times, says it is important to create a common language for deaf people in tech.

He said: “I have studied and worked in computing throughout my whole life, but tech and BSL have often been a difficult combination. There’s a huge list of computing terms, very few of which have dedicated and widely recognised signs, and others I just had to make up. It was very frustrating.”

He said a standard glossary will help deaf people in schools, colleges, universities and workplaces, while the new signs make it much easier for them to talk about tech matters.

Before the glossary was launched, deaf people often had to spell out each individual letter of the specialised terms they were using.

He said: “The terms will make life so much easier and, in turn, be far more inclusive for deaf people like me who are wanting to pursue a digital career.”

Head of Digital Technologies and Financial Service at Skills Development Scotland, Phil Ford, added: “This will help deaf people get jobs in tech while also enhancing inclusivity – all with the ultimate aim of plugging the skills gap in a sector that is vital for Scotland’s economy.”

The full list of signs can be found on the Scottish Sensory Centre website but Kate Farrell, of the Data Education in Schools initiative, is keen to keep adding to the list.

Farrell said: “Like the technology itself, which is constantly changing, the accompanying language has to evolve – we therefore welcome the continued input from technologists.”

Project leader Dr Audrey Cameron, a Chancellor’s Fellow at Moray House School of Sport and Education, added: “The sign development team has been awesome and creative in developing these visual representations of all the terms.”

The Scottish Sensory Centre, based at Moray House, has hosted the British Sign Language Glossary of curriculum terms since 2007. The BSL Glossary is widely used by teachers of deaf children, deaf young people, their support workers and parents.