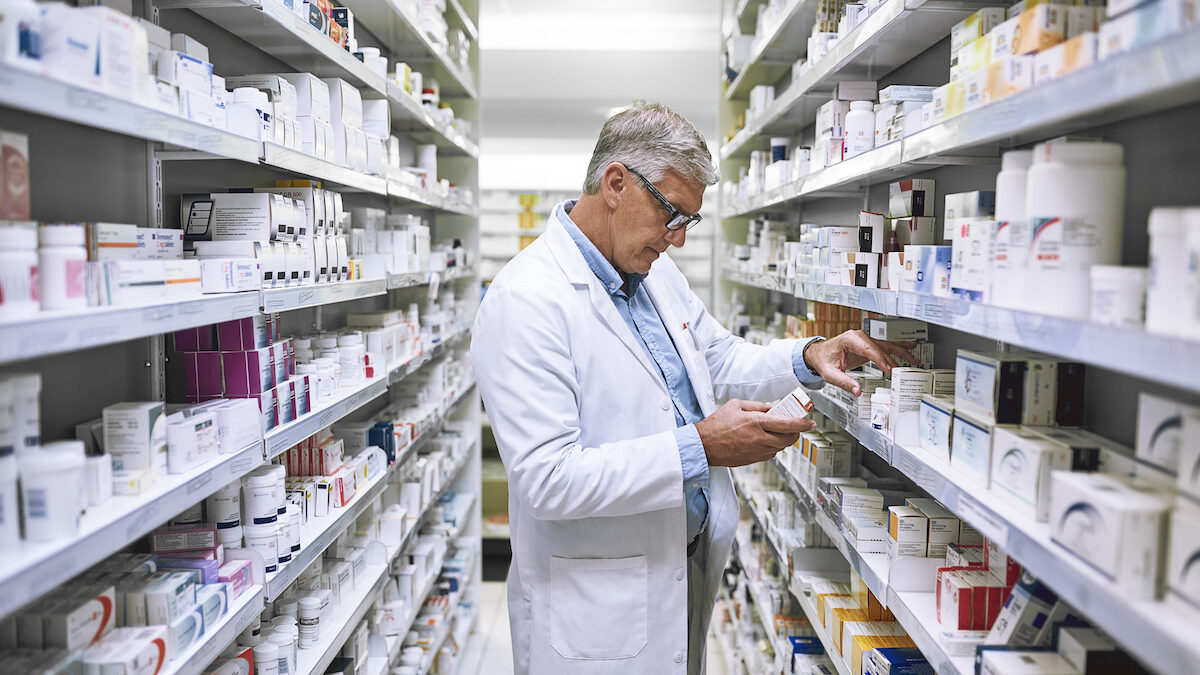 Next step for medicines management

The benefits for patients and clinicians will be in expanding the reach of e-prescriptions, says CMM chief executive

With its systems firmly embedded in 12 out of 14 health boards, CareFlow Medicines Management (CMM) is a well-recognised part of the digital health and care ecosystem in Scotland. But Rob Blay, the company’s chief executive, wants to go further.

He would like to take the progress his company has made in electronic prescribing and medicines administration in the nation’s hospitals and start integrating with other systems.

In line with government strategy, he sees the future as being one where a patient’s medication records are seamlessly joined up – between hospitals, primary (GP surgeries) and community care, whether that be people using mental health services or even care home residents.

“It’s the journey we’re all on,” Blay tells me, on a Teams call. “Interoperability of services really is the key to unlocking untold benefits for patients and clinicians in the future, whether that’s to reduce waste and prescribing errors or to improve patient and clinical outcomes.

“The future increasingly is about being able to provide a closed loop system which eliminates the need for any paper-based records or manual administration.”

And that is the key. At the moment, CMM has largely completed linking data from previously disparate systems within the hospital environment itself. In the past, doctors would decide on a patient’s medication at the bedside, a nurse would take the “script”, send it to the hospital pharmacy where it would be entered on to a dispensing system, and finally the order would be administered on a stock control system, ultimately going to the pharmaceuticals companies.

CMM’s systems – in line with Scotland’s Hospital Electronic Prescribing and Medicines Administration (HEPMA) goals – brings together those separate processes into one holistic view.

“It’s only in recent years that we have been able to do this for the health service,” says Blay. “Prior to that it was all paper-based. But now what we have is a full picture of every patient medication episode in a hospital, which is fantastic.

“With the advent of e-prescribing and linking pharmacy systems, the impact in secondary care has been transformational.”

CMM – formerly known as WellSky – benefits from its relationship to other solutions housed within its wider System C & Graphnet Care Alliance group, which puts it at the forefront of interoperability suppliers working in the NHS, north and south of the Border.

The Graphnet solution enables shared care records between hospitals and GP surgeries and is, as Blay describes, very much the “direction of travel” for the NHS in Scotland.

“Again, that will deliver all those benefits around improving compliance, breaking down health inequalities and even helping people directly to manage their conditions better at home.

“We can do all that now, we have the capabilities, and with the funding in place we are confident we can deliver on that for Scotland within the next few years.”

CMM has worked in Scotland for the last two decades, starting off with NHS Ayrshire and Arran, which Blay describes as a “pioneering” health board.

It is now firmly established across the largest health boards – NHS Greater Glasgow & Clyde and NHS Lothian – and most others, with the exception, currently, of NHS Fife and NHS Borders. The most interesting strategic collaboration has seen six health boards join together in the north of Scotland, to form NHS Scotland North.

That partnership for HEPMA is allowing CMM systems to be deployed across the region, achieving economies of scale and improving the situation for patients – by making their data available if they travel, for example from the Shetland Islands into a big hospital in Aberdeen.

Blay says: “They are implementing our cloud-based solution across the whole region, which will be a first for Scotland, to see that level of collaboration at scale.

“There are clinical and financial benefits to that but, being cloud based, we are able to reduce the carbon footprint as well.”

He adds: “Comprehensive joined-up medicines management records are of course the immediate goal here. And we’ve shown we can do that at health board level and at bigger regional, and even national level.

“In future, we can use that wealth of data to start looking at AI and advanced decision support. For me, that’s where this journey will start to get really interesting.”