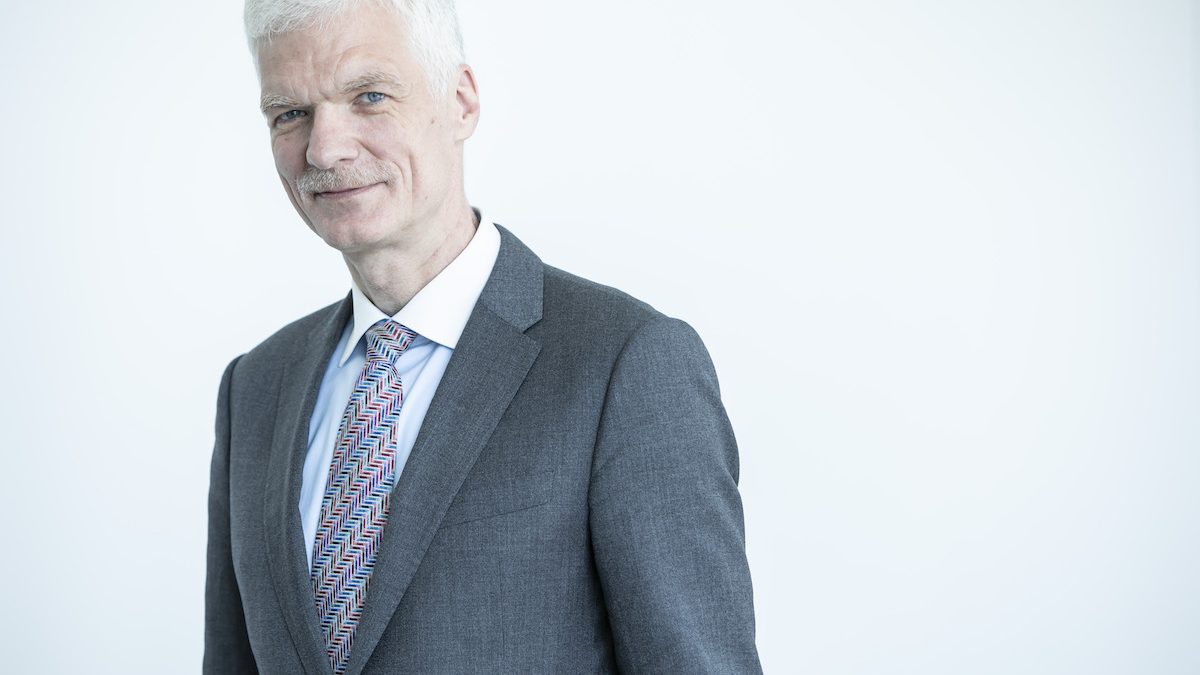 Online disinformation and digital literacy are the biggest challenges facing young people growing up in the internet age, according to a world-leading education expert.

The twin forces of globalisation and digitalisation are making it increasingly difficult for students to sift through web content – and to reliably distinguish fact from opinion.

Andreas Schleicher, who developed an international metric for educational standards, says young people need help to ‘develop a reliable compass and the tools to navigate ambiguity’.

“Literacy in the 20th century was about extracting and processing pre-coded and – for school students – usually carefully curated information; in the 21st century, it is about constructing and validating knowledge,” says Schleicher, Director for Education and Skills, and Special Advisor on Education Policy to the Secretary-General at the Organisation for Economic Co-operation and Development (OECD).

He said: “In the past, teachers could tell students to look up information in an encyclopaedia, and to rely on that information as accurate and true. Nowadays, Google presents them with millions of answers, and nobody tells them what is right or wrong and true or not true.”

Schleicher initiated and oversees the Programme for International Student Assessment (PISA), which measures the performance of 600,000 15-year-olds worldwide and was launched by the OECD in 2000.

According to PISA findings from 2018, just 10.4% of Scottish 15-year-olds were able to reliably distinguish facts from opinions – a figure that has stayed ‘remarkably similar’ over the last 20 years.

PISA caused controversy when it showed a decline in the standard of the Scottish school system following the implementation of the Curriculum for Excellence in 2010.

Shortly after, government ministers withdrew Scotland from some PISA tests, including one on mathematics and science and another on reading and literacy.

And more recently, Education Secretary John Swinney decided to withhold publishing PISA’s recent review of the Curriculum for Excellence until after the Scottish Parliament election. The report is yet to be released.

In ’21st-Century Readers: Developing Literacy Skills in a Digital World’, Schleicher says: “We live in this world in which the kind of things that are easy to teach and test have also become easy to digitise and automate.

“The future is about pairing the artificial intelligence of computers with the cognitive, social and emotional skills and values of humans. It’s going to be our imagination, our awareness and our sense of responsibility that will help us harness technology to shape the world for the better.”

According to Schleicher, alongside other digital innovations, social media is to blame for what he describes as the current ‘”post-truth” climate.

He says: “Assertions that ‘feel right’ but have no basis in fact become accepted as fact. Algorithms that sort us into groups of like-minded individuals create social media echo chambers that amplify our views and leave us insulated from opposing arguments that may alter our beliefs. These virtual bubbles homogenise opinions and polarise our societies; and they can have a significant – and adverse – impact on democratic processes.

“Those algorithms are not a design flaw; they are how social media work. There is scarcity of attention, but an abundance of information. We are living in this digital bazaar where anything that is not build for the network age is cracking apart under its pressure.”

So, is there a solution?

Schleicher adds: “Tomorrow’s schools need to help students think for themselves and join others, with empathy, in work and citizenship. They will need to help them develop a strong sense of right and wrong, a sensitivity to the claims that others make on us, and a grasp of the limits on individual and collective action. At work, at home and in the community, people will need a deep understanding of how others live, in different cultures and traditions, and how others think, whether as scientists or artists.”

The new PISA report looks at ways to strengthen students’ capacity to navigate the ‘new world of information’ and studies how they access digital technology.

Its research finds that education systems which teach digital skills have a higher percentage of students who can correctly distinguish facts from opinions in the PISA tasks.

But it is not as simple as that.

Schleicher explains that the “toughest challenge in modern education” is “how we incorporate values” into it.

He says: “Values have always been central to education, but it is time that they move from implicit aspirations to explicit education goals and practices, so they help communities shift from situational values – meaning “I do whatever a situation allows me to do” – to sustainable values that generate trust, social bonds and hope. If education doesn’t build foundations under people, many will try to build walls, no matter how self-defeating that will become.

“The bottom line is, if we want to stay ahead of technological developments, we have to find and refine the qualities that are unique to our humanity, and that complement, not compete with, capacities we have created in our computers, schools need to develop first class humans, not second-class robots.”

Andreas Schleicher will deliver a keynote speech at our upcoming EduTech conference in June.

You can read the full PISA report here.

PISA, which is conducted every three years, aims to provide comparable data with a view to enabling countries to improve their education policies and outcomes. It measures problem solving and cognition.

Students in 79 countries took part in the last research round, conducted in 2018.

The most recent PISA results were published in December 2019.

Scotland’s performance in the three main subjects of reading, maths and science now ranks well behind where it stood in 2000.

Scotland is currently ahead of Wales and Northern Ireland but slightly behind England.

'IT issues' cause Covid data glitch at Public Health Scotland