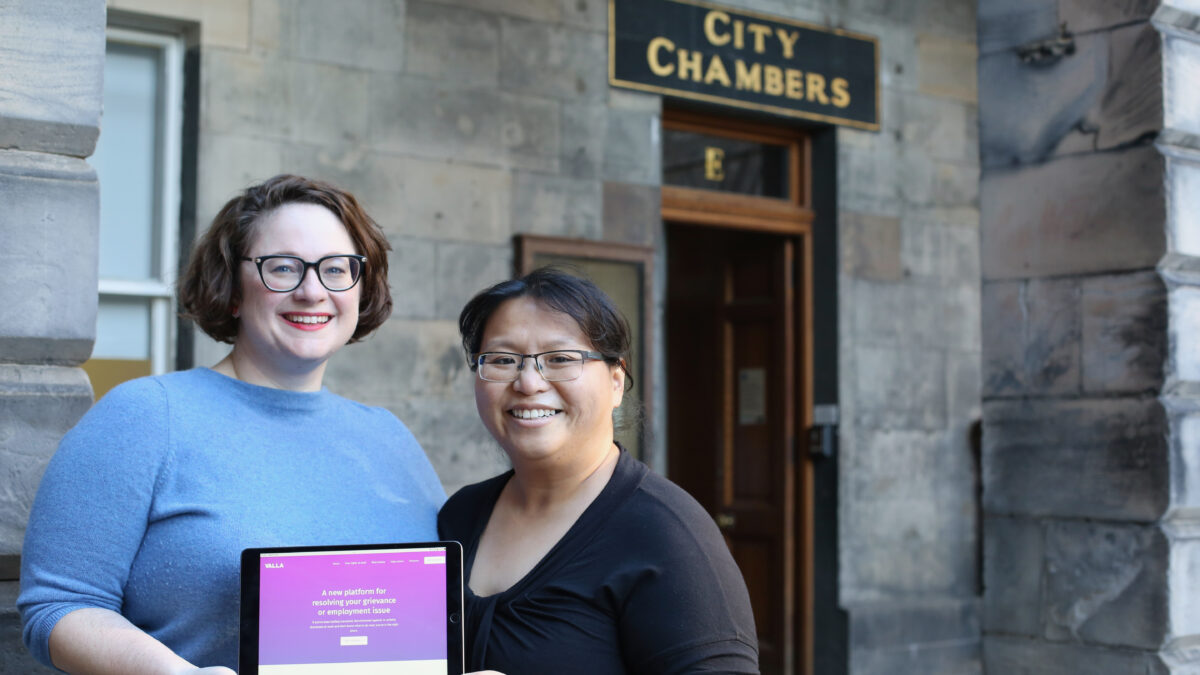 An online legal platform has launched a new training course to equip workers with the skills needed to support victims of workplace harassment.

Edinburgh-based Valla allows employees who are being bullied at work to access affordable legal services by representing themselves.

Its founders say it cuts the price of resolving employment issues by 90 per cent.

Valla’s ‘Discrimination First Aider’ training course is the UK’s ‘first’ product designed to help people become ‘first responders’ when they see or hear about racism, sexism, or other discrimination at work.

Participants will learn the basics of equality law, how to spot issues as they arise and how to support someone going through workplace discrimination. As ‘first responders’, they can then help their colleagues access support and take action.

The programme, which started today, is being delivered on a hybrid basis, with a combination of Zoom and live sessions.

After conducting hundreds of interviews for the legal platform, Valla’s founders Danae Shell and Kate Ho realised that people often don’t fight workplace discrimination because they don’t have anyone to turn to in the critical first few days after an incident happens.

Chief executive Shell said: “I know from experience what it feels like to hear about shocking behaviour at work and not know how to help.

“We’ve created this training for everyone who has ever seen something go wrong at work and has felt helpless to stop it.”

Despite efforts to tackle these issues, leading UK HR software company CIPHR reports that discrimination cases have continued to increase in the last five years.

Valla says the programme has the potential to “change the face of UK workplaces” and create more accountability for employers who have been “lax” in rooting out discriminatory behaviour.

The company, which is currently in its beta testing phase, launched its first self-representation kit this month.

After facing workplace discrimination themselves, founders Ho and Shell realised that standing up to an employer costs thousands in legal fees.

Armed with 30 years’ of technology experience, they built Valla, which radically simplifies legal paperwork, allowing people to collect evidence, generate forms and send letters themselves without paying for a law firm.

When they need legal advice, people can share their case with a lawyer on Valla’s platform, paying “a fraction of legal fees”.