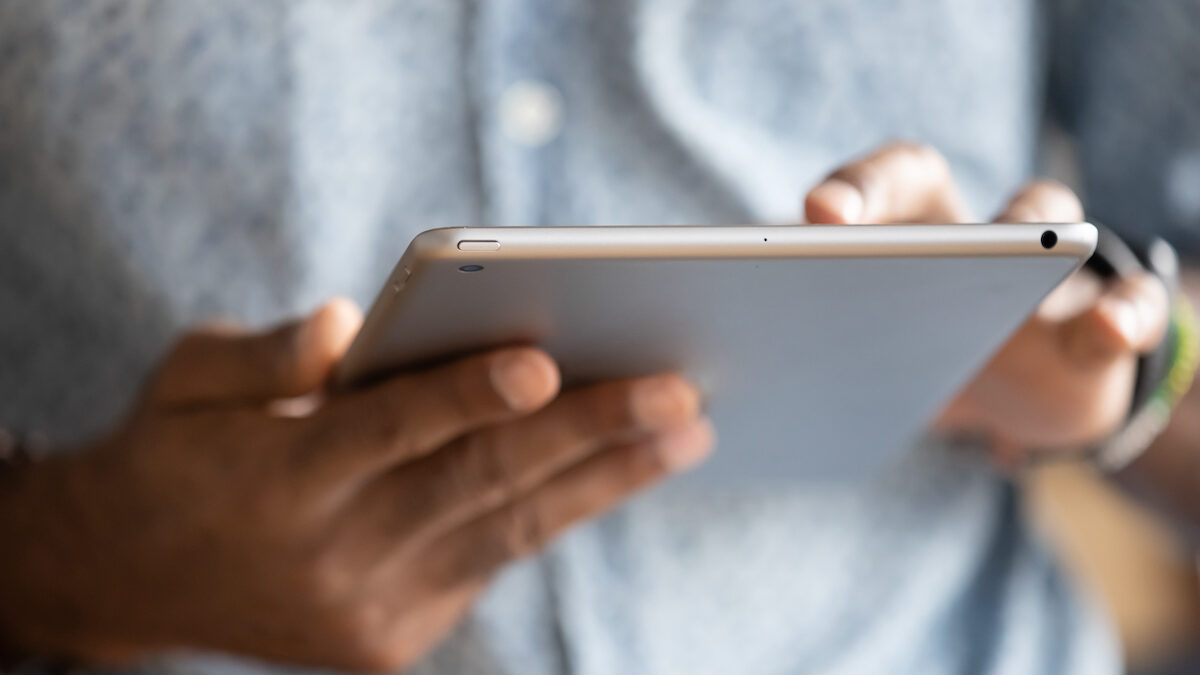 There are “real question marks” over the long term sustainability of a Scottish Government initiative to get more people who are digitally excluded online, according to a new report.

Concerns have been raised in a government document that the £48 million Connecting Scotland programme relies too heavily on the “goodwill” of the voluntary organisations who implement it.

The scheme – which is executed by the Scottish Council for Voluntary Organisations (SCVO) on behalf of the Scottish Government – has seen members of more than 60,000 households given training to help them access the internet since Covid struck.

It has funded over 1,000 community organisations which have delivered almost 5,000 projects locally.

In total, 30,462 Chromebooks, 29,697 iPads and 51,021 MiFi wireless routers have been issued to the most vulnerable in the country, as well as two years’ worth of unlimited data.

However the independent evaluation commissioned by ministers found that organisations are worried about the lack of support in place for service users beyond the lifetime of the programme, whose devices will eventually cease to function and free data packages expire.

They highlighted the unafforability of an internet connection for many of the households they support and emphasised the need to plan ahead of the end of the scheme to ensure a “seamless transition”.

Similarly, they questioned their ability to continue to devote the current level of voluntary staff time to the programme – either through the ‘digital champion’ role, or in relation to management and administration – without staff resources being paid for by the government.

Digital champions – who are identified and recruited by funded organisations – provide support to those who have received a device.

The issue worsened as staff returned to their normal day jobs following the release of Covid restrictions and struggled to manage the level of support that they provided previously.

The SCVO is the national membership body for Scotland’s charities, voluntary organisations and social enterprises.

David McNeill, director of digital at the agency, said that funding and capacity is often a challenge for organisations tackling poverty and inequality, and that long-term solutions must explore how to support these bodies to fulfil their role effectively.

He said the SCVO has long argued that sustainable solutions must be identified across different sectors, such as internet providers and housing associations, to make connectivity affordable.

“SCVO has been working to tackle digital exclusion for almost a decade, and all the evidence tells us that it is not just about giving someone a device and internet connection, but recognising that digital exclusion and social exclusion go hand-in-hand.

“People facing multiple forms of exclusion often need support to develop skills and confidence online, and that support is best provided within the context of the issues they faced and what their own personal motivations and aspirations are.

“Now we have emerged from the emergency response phase of the pandemic, we are working closely with the Scottish Government to learn lessons from the first phases of Connecting Scotland explore how best to tackle digital exclusion in new ways in future phases.

“Our Digital Champion training programme and resources is open to everyone, and we’d encourage anyone who is working to tackle poverty and inequality to see how they could get involved in supporting the people they work with to develop their digital confidence and skills.

“We have seen a much greater interest from a wider range of organisations since the start of the pandemic in getting involved, as more people have realised how digital inclusion can be an important gateway to unlock other outcomes, from learning to work to improved health and wellbeing.

“With the Scottish Government having a target of reaching 300,000 people in the next four years, we are looking forward to helping support the achievement of this ambition.”

The report concluded that the Connecting Scotland programme has been “efficiently and effectively implemented” and has had a “significant positive impact on both recipients of devices, and the organisations funded to distribute these to date”.

It added that there continues to be a demand for the programme, particularly in relation to the provision of a free internet connection.

It recommended that the Scottish Government continues the provision of free data beyond the end of the current two-year period and implements a “clear transition plan” to ensure it can continue to be supported beyond the programme.

It also suggested that the government contributes to the cost of administering the programme and provides financial support for the digital champion role to ensure that the initiative can be “sustained beyond the current timeframe”.

A Scottish Government spokesperson said: “Connecting Scotland is closed to applications while the Scottish Government progresses work to design the future of the service – which will reach 300,000 people by the end of this Parliament. We will take full account of this helpful evaluation during this work.

“To date, members of more than 60,000 households have been given equipment and training to help access the internet to improve their chances of securing a job or reducing isolation.

“The evaluation of Connecting Scotland shows that digital champions play a valuable role in supporting users to access online services, and we will consider how to develop and improve the digital champion network as part of the future service.

“The report also suggests there is reasonable capacity in organisations delivering the programme to support the number of participants receiving devices but the Scottish Government is actively considering the potential for increased workload as the economy recovers from the coronavirus pandemic.”

‘Major boost’ to digital connectivity and cybersecurity across Tayside