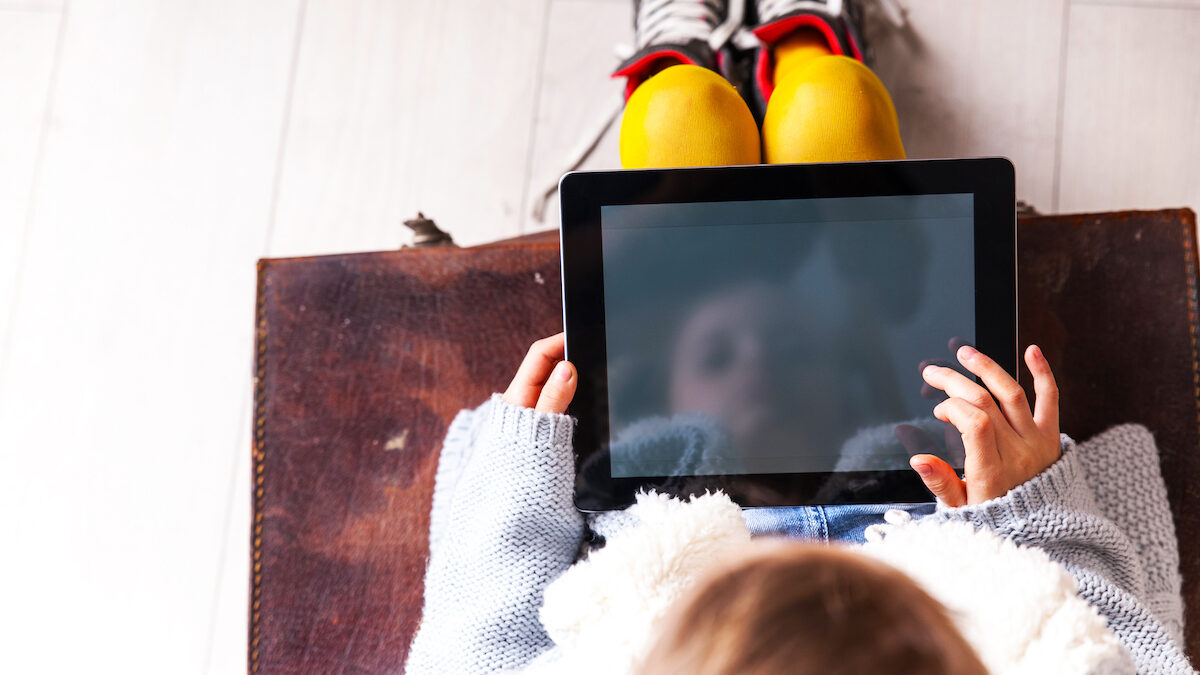 Fewer than one in five school pupils have so far received a free tablet. BalanceFormCreative/Shutterstock.com
Health & Care

Over half of UK parents ‘tech-shamed’ for kids’ screen time

More than half of parents in the UK have felt “judged” by fellow parents if their children have been on a tablet or phone whilst out and about, a new report has revealed.

Research from charity Guide Dogs has highlighted the rise in “tech-shaming” across the UK, with a further 45 per cent of survey respondents also admitting to judging others for how much time their children spend on screens.

The survey shows that there has been an overall increase in screen time for children, with four in 10 primary school-age children now spending more time in front of screens than before the pandemic.

Guide Dogs, however, is urging parents to recognise how tech can actually transform their children’s lives for the better.

Emma Foulds, director of Tech for All at Guide Dogs, said: “Technology can be a great enabler for children and young people. For those with a visual impairment, tech gives them a sense of normality, confidence and independence. It enables visually impaired children to connect with their peers, learn more quickly and explore hobbies and interests they may not otherwise be able to.

“Instead of rushing to judge parents who allow their children screen time, we need to look at the benefits of tech when used for good and not be so quick to judge other parents.”

Indeed, nearly two thirds of parents surveyed by Guide Dogs stated that having a tablet has encouraged their child to learn – and rather than “endlessly scrolling” – the survey has shown that nearly half of children use their tablets for drawing; over a third for reading; and one in nine use them to access mindfulness or mental health apps.

The report comes as Guide Dogs unveils its new Tech for All scheme. This will enable thousands of children across the country with a visual impairment to have free technology to empower them in everyday life.

But receiving a Tech for All iPad has enabled Nell to develop her cooking skills – something she is extremely passionate about. Nell is able to bake cookies independently for the first time helped by her new tech device.

Amar Latif, a Scottish entrepreneur and professional traveller, is a keen advocate of iPads for those with visual impairments.

The TV personality lost almost all his sight before his twenties, but the basic technology of the times  -tape cassettes – helped him to get a degree in maths and finance.

He said: “I’m passionate about Tech for All and how children should have access to as much technology as possible. Medical science has, in many ways, stalled as far as helping visually impaired people but technology has come on in leaps and bounds and helped liberate us.

“It puts everyone on an equal footing. It’s all a far cry to when I studied for a maths degree with my textbooks and lecture notes all on cassette tapes.”

Foulds added: “We have launched Tech For All to empower children and young people with a vision impairment. Whether they chose to use the tech to Facetime mates or family members, play games, read or learn, the accessibility features on an iPad or iPhone can be key to unlocking a child’s world and maximising their potential.

“However, technology is still not accessible enough and this can be frustrating for both child and parent. This is why Guide Dogs is passionate about helping visually impaired children of all backgrounds to be able to access this crucial tech, to ensure they can reach their potential and not feel left behind by peers.”

The research underlines this sentiment, with four in 10 parents surveyed saying their child has been “laughed at” by friends if they don’t have the latest tech – and a further 61 per cent confessing that the cost prevents them from getting the digital devices they would like to for their families.

Tech For All will provide free assistive technology to all children with a vision impairment aged between three and 18 in the UK.

The scheme has so far helped almost 3,000 children and young people in its first few months and aims to help potentially 10,000 by the end of 2022, should the pilot be successful.

‘It was the worst day in my entire career’