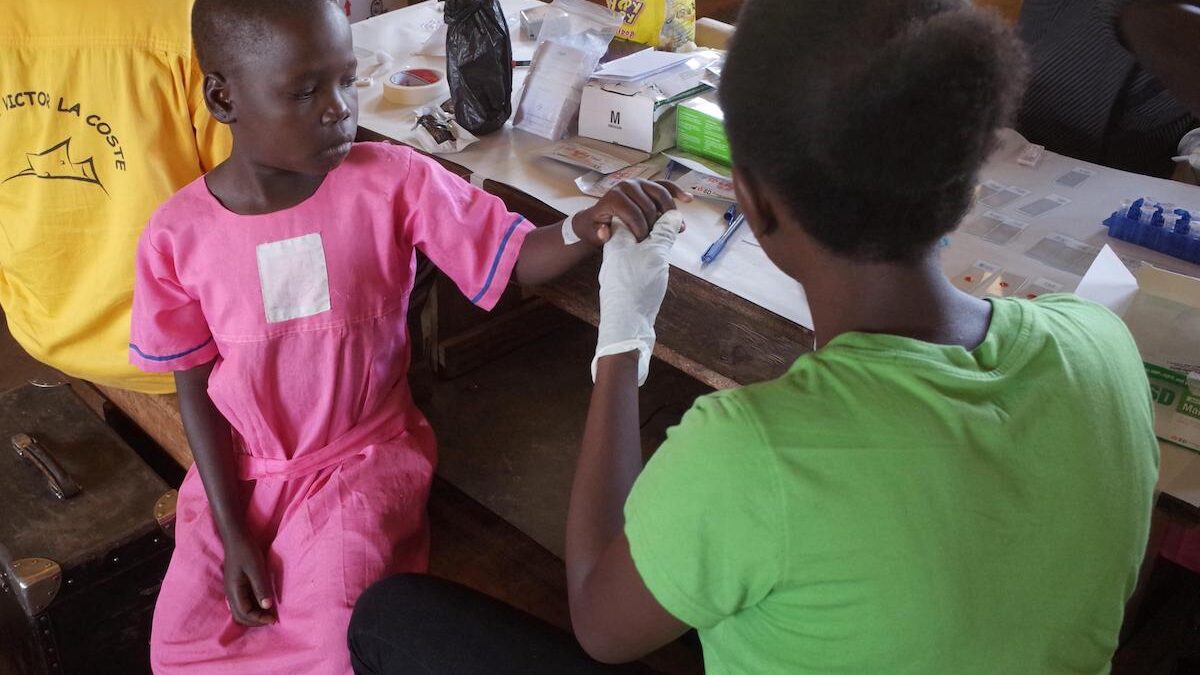 A paper-folding ‘origami’ and smartphone-based diagnostic test for Malaria has proved to be 98 per cent accurate in field trials in Uganda.

The new method for detecting one of the world’s most devastating diseases has been developed by researchers at the University of Glasgow.

It involves drawing a blood sample onto sheets of waxed folded paper and channeling the flow into separate chambers for heating and analysis on special DNA equipment.

The method, which scans for signs of the malaria parasite, generates a positive or negative test result which is sent to an encrypted cloud-based system that uses deep learning to spot outbreaks.

Previously, tests were conducted using the PCR method similar to that used in Covid-19 testing, but require trained staff and laboratory conditions to administer, which do not transfer well to remote areas of sub-Saharan Africa where outbreaks can be hundreds of miles from the required infrastructure. Lateral flow tests have also proved to be only around 75 per cent accurate.

The app, paired with a 3D-printed stand containing a simple heating element, controls the temperature of the origami test, heating it in around ten minutes to the temperature required for the test to work.

Results are analysed using a cloud-based machine learning process to ensure they are being correctly administered, enabling users of varying skill levels to properly conduct the test. A positive or negative diagnosis of the patient’s malaria infection is provided via lines on a lateral flow strip similar to those used for home Covid-19 testing.

The patient’s results are securely stored on a blockchain-based ledger to ensure their privacy, and shared with the local authorities to allow anonymised monitoring of local infections.

Data from field trials in Uganda’s rural Eastern Tororo District, which analysed samples collected from 40 school children from a local primary school aged between 5 and 12, have been published in the scientific journal Nature Electronics.

Professor Jon Cooper, of the University of Glasgow’s James Watt School of Engineering, led the development of the diagnostic system.

He said: “In 2018, a World Health Organisation report on controlling malaria highlighted a need for fast, effective testing which would be available to everyone who needed it, even in the most remote, rural locations. The WHO report also recommended that disease diagnostics becomes more digitally integrated into regional or national case management systems to better monitor the spread of malaria.

“We believe that the system we’ve developed could help deliver on both of those urgent requirements. It allows non-experts to administer blood tests anywhere, then have those results securely shared with local and regional authorities. Widespread uptake of a system like this could have a big impact on the spread of malaria in sub-Saharan Africa.”

Dr Julien Reboud, senior lecturer in biomedical engineering at the University of Glasgow, is a co-author on the paper. Dr Reboud said: “Smartphones are widely used in Africa, even in the remotest areas, making them potentially invaluable in enabling widespread testing and effective surveillance of communicable diseases like malaria.

“We’re keen to make this technology as widely available as possible and are in early talks with healthcare management providers to explore our options.”

M. Moses Adriko, program officer at the Uganda Ministry of Health’s vector borne & NTD control division, said: “Malaria and other infectious diseases are responsible for a significant burden in remote communities, affecting families not only through poor health but also impacting children’s education.

“The development of this new digital health technology with our partners at the University of Glasgow uses artificial intelligence and blockchain on a mobile phone to deliver field-based DNA testing coupled with an expert decision diagnostic support tool, all with the required high level of trust and security.

“The testing in Tororo district schools in Eastern Uganda highlighted the high local burden of disease, not only allowing us to treat affected children timely and precisely but also enabling us to provide data that has informed regional health and education authorities to adjust wider disease management strategies locally.”

Malaria is one of the world’s leading causes of illness and death, sickening around 228 million people each year, more than 400,000 of them fatally. Like Covid-19, malaria can spread asymptomatically, making widespread field testing vital to containing outbreaks and saving lives.