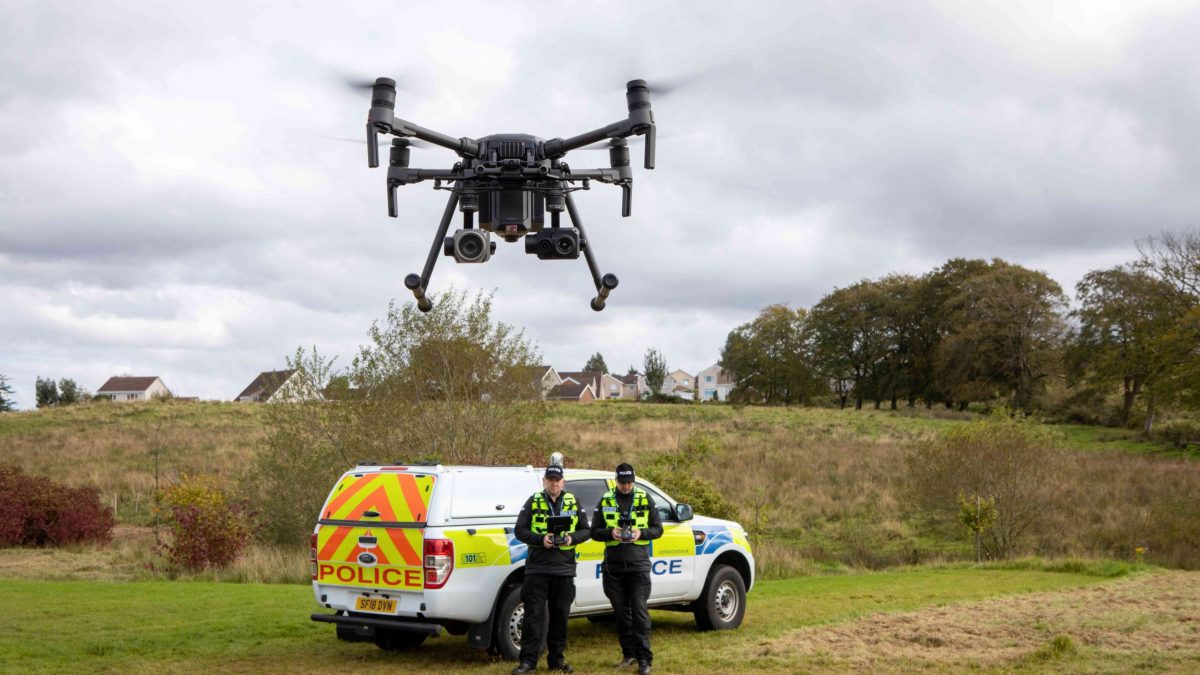 Police have signalled a willingness to devise a code of practice to help build ‘public trust and confidence’ in the use of drone technology, a senior officer has told the Scottish Parliament.

Police Scotland has been using drones as part of its air support unit in national trials in order to establish their use case in a range of policing inquiries and responses, the justice sub-committee on policing heard.

The force is evaluating their use based on trying to strike the right balance between their effectiveness in a range of police operations whilst adhering to equalities, human rights and data protection legislation.

As part of its protocols for deploying drones, in one high-profile incident, police carried out local leaflet drops, social media and door to door engagement campaigns with members of the public to inform them of the use of the remotely piloted aircraft systems (RPAS) as part of an operation to manage crowds of young people gathering on Troon beach.

Assistant Chief Constable Mark Williams, executive lead for operational support for Police Scotland, told MSPs that when deploying drones the force complies with Civil Aviation Authority rules on commercial and law enforcement use – but that enshrining existing legislation into a code of practice could help build public confidence and trust.

He said: “There is definitely a need to move to, for example, a code of practice that is better understood and is available to the public to instil confidence in the use of drones and the parameters within which that use lies. I think that there is sufficient legislation out there at the moment to ensure that the use is lawful and proportionate and can be justified. However, on reflection, there would be a benefit from a code of practice that enables a wider understanding of the parameters, the spirit and the tone in which drones are used, which is very important for public confidence and trust.”

The committee heard that drones are not used for ‘covert’ operations and that they are used by officers in uniform who are clearly visible, standing by a ‘large four-by-four marked police vehicle’, remaining in clear line of sight of the aircraft systems.

In terms of the numbers, the force has three drones; two are based in the north, and one is based in the west, at the force’s air support heliport in Glasgow. All have been used operationally and from May 2019 through to November last year, they were deployed in a number of scenarios including 59 missing person searches and seven times for major incidents, such as murders or significant events in which there was a request for support. They were also deployed on a number of occasions to take photographs of crime scenes or vehicle accident locations.

Williams insisted there were no current plans to purchase any more drones at this time, adding: “We are still in the evaluation stage. We are using drones, but we are still reassuring ourselves that they do what we want them to do. The technology changes very quickly. It is important that we work in the national context of Police Scotland and UK policing to benchmark and work with other agencies to ensure that what we are using and what is available is fit for purpose. That is all built into the on-going evaluation.”

He added: “I would not suggest that we might not purchase more in due course or that we might not seek to use drones more than we do currently. However, there are no immediate plans to do that, and we are working with the equipment that we currently own.”

Fellow officer Chief Superintendent Matt Richards, who leads on the digitally enabled policing programme, updated the committee on force plans to roll-out a national body-worn video camera solution over the course of the next 24 to 27 months, following a public consultation.

The force currently only operates body-worn camera technology in the Grampian region with 250 officers, which has been part of a long-term pilot that has yet to be adopted by all parts of the country. Richards said that there has only been one complaint from a member of public about the technology in the last four years, and that officers have been using it on the basis of acquiring consent before deploying the solution. Around 60 officers in the Paisley area have also been trialling the technology.

He said: “It is our intention—this is currently the case in the legacy Grampian area—to have a camera system that is activated by the officer after a prior warning, where possible, to the member of the public who is involved in the filming that the officer will commence filming. Obviously, that is not always possible in some spontaneous incidents.”

He added: “We absolutely believe that a national option—for all police officers and staff in front-line roles—for body-worn video cameras is an imperative.”

Richards added that the force was currently in an “unsustainable position of not having body-worn video when the rest of the UK does”, and that his wish is to fast-track the roll-out of the technology for specialist firearms officers in time for the United Nations COP26 Climate Change, which is due to be held at the SEC Centre in Glasgow in November.

He added: “We are the only force in the United Kingdom that has armed officers being deployed daily without cameras. There is a specialist firearms unit, which is interoperable within the UK, and our officers are disadvantaged when they go south of the border to do training or to be deployed, because they are the only staff without body-worn video cameras to record their activities and thereby be supported in giving evidence and in protection terms.” He said: “We would like to think that that consultation will be more targeted and concise on armed policing, with appropriate stakeholder interaction and engagement, and that we will be able to get an option out for armed policing as soon as possible over the next six to nine months. In particular, we want that in place before the United Nations climate change conference in November, when UK colleagues from armed policing units will come up from England and Wales as mutual aid. Those colleagues will have body-worn video cameras, and, again, we would not want Police Scotland officers to continue to be disadvantaged in that regard.”

Using technology to keep us working together

Digital and IT boost included as part of £4.25m funding package for domestic abuse services