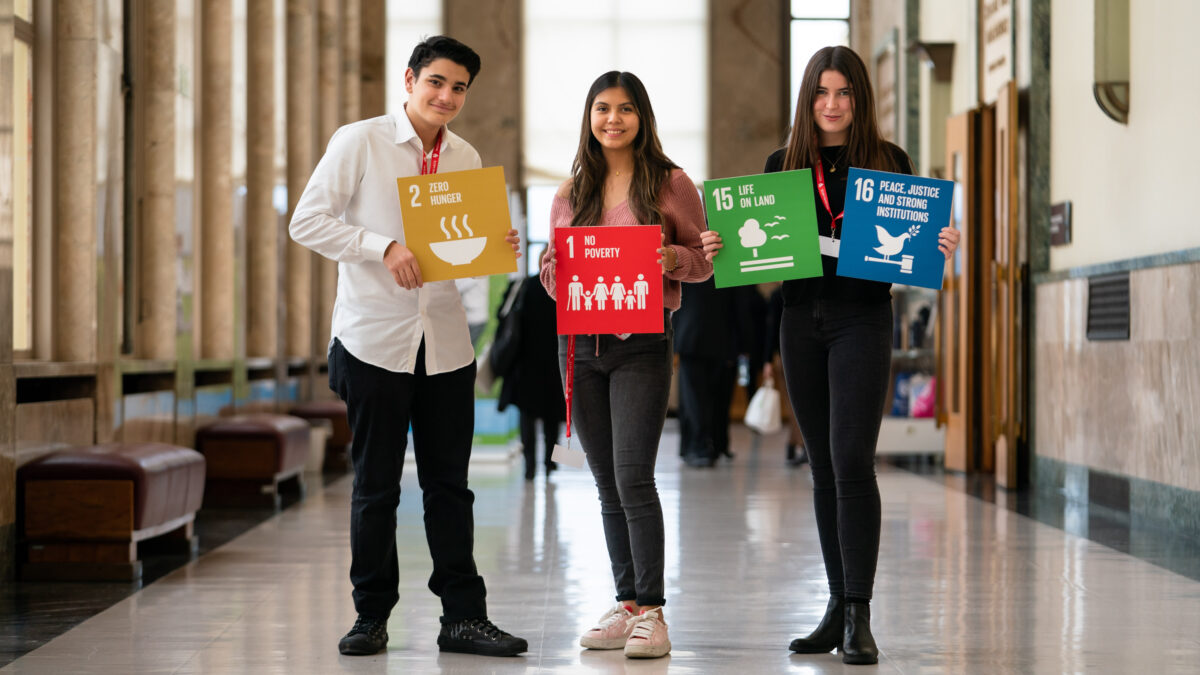 Pupils around the world to attend virtual youth summit during Cop26

School pupils from across the world are being given the chance to take part in a virtual event on climate change that will coincide with the Cop26 conference.

The global youth summit will be streamed live from The Glasgow Academy, not far from where world leaders will gather to discuss the actions required to tackle climate change.

Tens of thousands of students are expected to sign up to the free activities, which are being delivered by WildHearts Group to help students develop critical ‘climate literacy’ skills.

WildHearts Group, headquartered in Glasgow, is a portfolio of companies that aim to create global social change.

A number of acclaimed experts will join the line-up of speakers, including Antonio Hautle, UN Global Compact, Chris Hines, co-founder of Surfers Against Sewage, former sustainability director at the Eden project and founder of A Grain of Sand, and Dale Vince, founder of Ecotricity and owner of Forest Green Rovers.

Over the five-day summit they will run a series of interactive workshops and lectures intended to empower school pupils to make a change and inspire innovative solutions.

The summit will launch with an opening ceremony at The Glasgow Academy on Monday 1 November with 200 school pupils across Glasgow and the west of Scotland due to attend in person. Tens of thousands from around the world will also participate virtually.

In addition to climate assemblies, the WildHearts’ Global Youth Summit will include a number of interactive, pre-recorded sustainability workshops for students created by global sustainability champions.

Students will also have the opportunity to collaborate with some of the biggest companies in the world including Zurich, Nestle, Barclays, Linklaters, Sopra Steria, Wesleyan and BNP Paribas, while teachers will be able to access lesson plans that introduce students to sustainability and videos on future careers within the sector.

Matthew Pearce, rector of The Glasgow Academy, a private, coeducational independent day school for pupils aged 3–18, said: “The outcomes of the Cop26 conference have implications for us all, but it is the younger generation that will be most impacted by the decisions we take today.

“Education is the most powerful tool we have in the fight against climate change, and it is our duty as teachers to support the next generation to understand the complexities and empower them to take positive action.

“The WildHearts’ Global Youth Summit is going to be one of the largest in the world to be held at the time of Cop26, and to host it here from our school is a huge honour.

“By engaging pupils in meaningful discussion, we hope to encourage collaboration across the globe and inspire future leaders to make a difference.”

Dr Mick Jackson, founder of WildHearts Group, said: “WildHearts was founded with the aim of using businesses to help humanity. Climate change is one of the biggest issue facing mankind, and we are already seeing the devasting effects it can have across the globe.

“It is important that our young people feel empowered and understand that they have a role to play in creating a sustainable planet.

“Our Summit will provide opportunities for students to learn, collaborate, innovate and take action locally and globally on climate change.

“We have an incredibly exciting line-up of speakers confirmed, providing a rare chance to hear from leading experts on the issue.

“Pupils can expect to develop climate literacy skills, receive practical advice on how they can take action and gain insight into what global organisations are currently doing to address climate change.”

Schools that sign up will have the opportunity to gain ‘sustainability points’ for each activity undertaken during the summit. The top three schools with the highest number of points will be awarded a prize at the end of the United Nations’ Cop26 event and will be officially recognised at a ceremony taking place at The Houses of Parliament in London.

Broaden your career horizons in Scotland – this National Coding Week