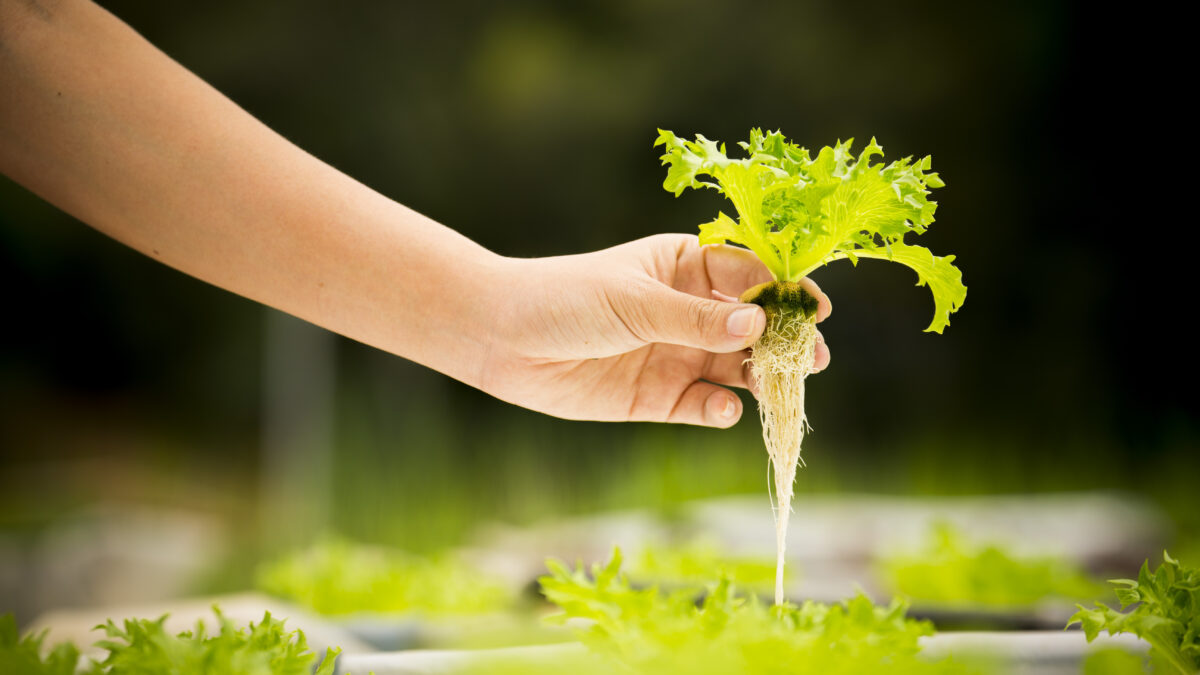 The IGS facility uses ground-breaking power and communications technologies to address key challenges facing the indoor farming industry. Power and labour costs, and the inability to produce consistent and quality produce at scale, have inhibited the sector’s expansion.

“The IGS technology has been designed to overcome these barriers and significantly lower the cost of production overall,” the company said in a statement. “It is arguably the world’s most technically advanced indoor farm.”

Vertical farming offers huge reductions in water wastage, the elimination of the use of pesticides and a huge reduction in food miles. It allows produce to be grown locally and on demand, which could reduce fresh food waste by up to 90%.

IGS will not be producing crops for sale, but will be collaborating with growers, retailers, and international organisations to deliver the hardware and software platforms to revolutionise indoor growing environments.

Approximately 150 jobs are expected to be created in by 2021 in areas such as software, data, engineering, robotics, and automation. Significant demand is already being realised among growers, retailers, and national governments aiming to address food security issues and alternative methods of production in their regions.

IGS has developed a patented IoT-enabled power and communications platform comprising electrical, electronic, and mechanical technologies managed by software and artificial intelligence. It promises to cut energy consumption in half, reduce labour costs by 80%, and increase yields by up to 200% compared with traditional indoor growing environments.

“The opportunity to unveil Scotland’s first vertical farm, and arguably the world’s most technically advanced indoor facility, is a hugely exciting one for the whole team,” said David Farquhar, IGS’s chief executive. “As a Scottish-founded and led team we have captured horticultural, engineering and software skills from within Scotland to make this business flourish.

“The global horticulture market is crying out for new approaches to enhancing food production in terms of yield, quality and consistency. It is also searching for ways to reduce power consumption and labour costs and our technology has been designed to fundamentally address this.

“Annual industry spend exceeds $10bn with compound annual growth of 24%. We are well positioned to help our customers profitably expand their businesses on the back of this growth.”

The location of IGS’ first vertical farm at the James Hutton Institute, a world leading crop research facility, was chosen to enhance collaboration. Scientists and researchers at the Institute will be working with the team at IGS to better understand how growing under lights can impact different varieties of crop growth, as well as drive increased productivity.

Professor Colin Campbell, the institute’s chief executive, commented: “There have been fantastic synergies coming out of the combination of the IGS technologies and Hutton’s cutting-edge plant science and collaboration. There are genuine potential game-changing opportunities both for new and conventional horticultural and agricultural systems that can come from our collaboration.

“The fact that Scottish innovation and Scottish science have again led the world with something that has massive economic potential locally, as well as globally, with benefits for the environment due to more efficient energy, water and nutrient use is hugely exciting.”

‘Our mission: to guarantee customers receive flawless documentation every time’