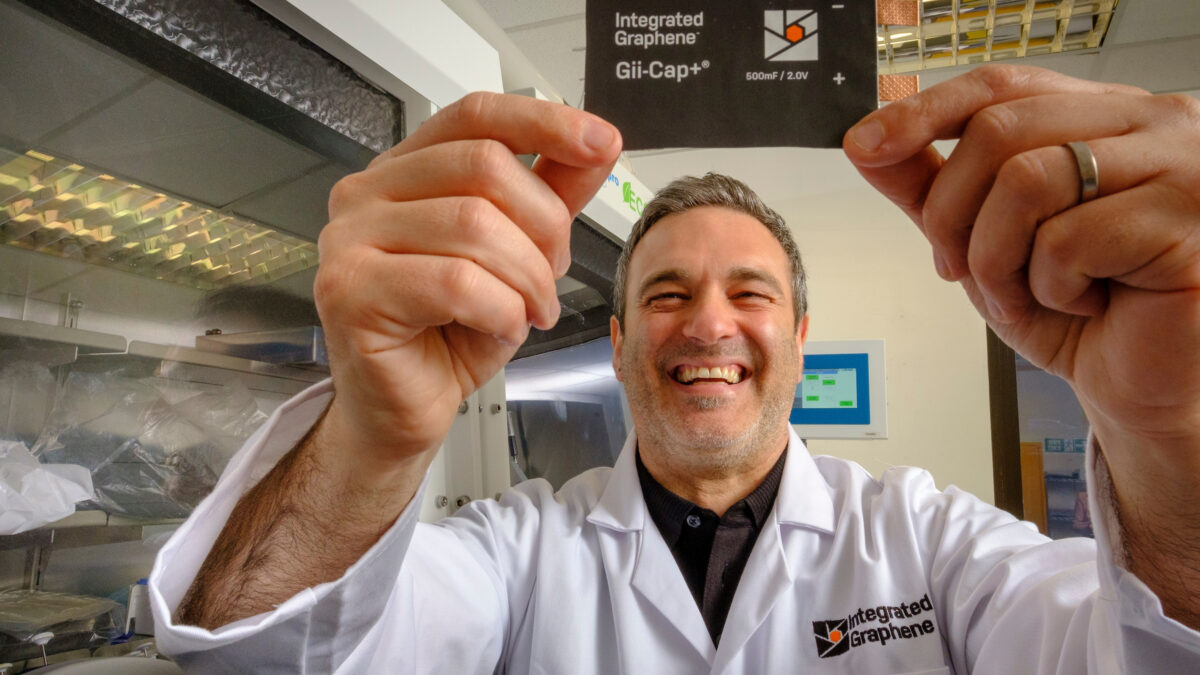 A Scottish company that has developed a novel manufacturing process for the ‘wonder material’ graphene is investing £8m to scale up production.

Integrated Graphene, based in Stirling, is being backed by funds Par Equity and Archangels to take its 3D Graphene ‘foam’, Gii®, to global human diagnostics and energy markets.

The company, founded in 2016, claims to have developed the ‘world’s only commercially viable’ manufacturing process scaled to high volumes for the material, which is over 100 times stronger than steel.

The investment will support the scale up of its electrodes and super capacitors which are already being piloted by global blue-chips in human diagnostics point of care testing and smart label asset tracking applications. The foam is a sponge-like material which can be used as a component to create cheaper and more accurate medical tests for diseases such as diabetes.

“We are actively involved in projects with several global blue-chip companies to deliver high volumes of electrodes and super capacitors that address critical needs in accelerating point of care human diagnostics for a wide range of killer diseases and in enabling low-cost flexible and sustainable power systems for the booming IoT, smart label and wearable tech markets.

“By investing now, we will be ready, this year, to produce millions of units per annum from a new facility in Stirling and to transfer the technology at scale to global partners in the future.”

Aidan MacMillan, senior investment manager at Par Equity, said: “Integrated Graphene has developed a game changing, frontier solution with the potential to drive enormous impact across a range of large-scale industries.  As existing investors in the business, Par Equity, and a selection of our advisers, have worked closely with Claus and the team to build the business.  We’re delighted to continue our support in this round, to catalyse the team’s ambition and unlock the company’s growth potential.”

Graphene was discovered in 2004 by Andre Geim and Konstantin Novoselov at the University of Manchester, and who received the Nobel Prize in Physics in 2010. It has since been hailed as a wonder material for its potential across a number of industries and applications, from quantum computing to healthcare. Most products under development continue to use a powder version of graphene, which is notoriously difficult to scale and, in most cases, performance is shy of expectations hence commercial adoption being slow.

Strathclyde’s FutureForge will put Scotland ‘at forefront’ of industry 4.0