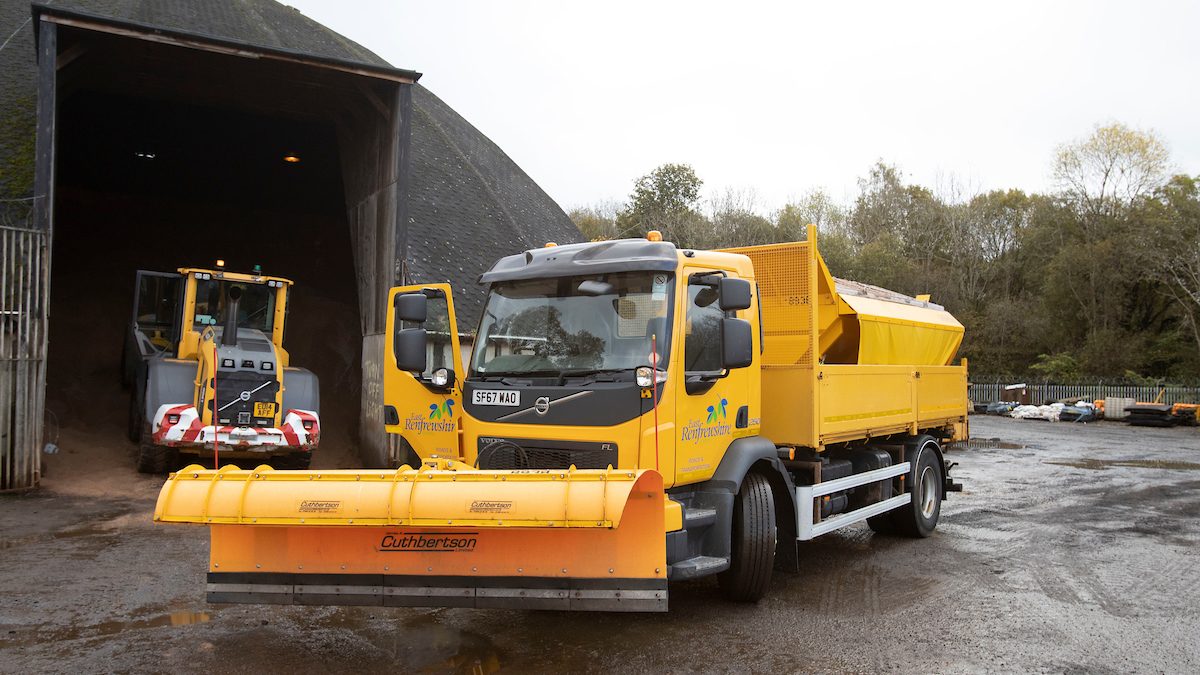 A Scottish local authority has become one of the first in the country to use sensors installed on local roads to detect temperature falls – which will trigger an alert to allow for the deployment of gritting lorries during cold snaps.

The Internet of Things (IoT) technology is being used by East Renfrewshire Council as part of a new ‘smart gritting system’, supporting the existing weather data used when deploying gritters and further improving safety for road users.

Robust, low-cost sensors have been installed on roads on the outskirts of Barrhead – an area prone to low surface temperatures – to measure the temperature of the road. The data can then be viewed by the Council using an IoT network and used along with weather data already in place to target resources in areas most in need. Already, the sensors have been used over and above specialist weather forecast information to better inform and change gritting priorities in real-time to improve public safety.

The initial trial will be supported by CENSIS, Scotland’s innovation centre for sensing and imaging systems (SIS) and IoT technologies, with technical expertise, sensor selection, and the development of IoT infrastructure.

Data will be added to a mapping programme that will identify the roads most impacted by ice and frost. It will also inform a predictive model that will improve road safety and minimise travel disruption.

Environment Convener, Councillor Alan Lafferty, at East Renfrewshire Council, said: “The safety of road users and pedestrians is a high priority for East Renfrewshire Council, and I am delighted to see this pilot get underway, helping us to further safeguard road users from the cold conditions we experience throughout the winter months. The information gathered from the sensors will support the existing data we receive through the West of Scotland Local Authority Weather Partnership. I look forward to working with CENSIS and seeing the pilot develop.”

The project came about in part as a result of a workshop held by CENSIS and the Digital Office for Scottish Local Government in the Lighthouse, Glasgow, last year. The ‘Futuretech’ event brought together academics, local authorities and others to discuss how best to design IoT into public services.

Stephen Milne, business development manager at CENSIS, said: “Our work with East Renfrewshire Council is a clear, tangible example of how the use of sensors and IoT technology can bring real benefits to people across Scotland.

“Although this is only an early iteration of using IoT in gritting operations, the information gleaned even from an initial trial will be used for years to come to make the process of gritting roads smarter, safer and easier.”

Scotland’s Connectivity Minister, Paul Wheelhouse, said: “It’s great to see sensor technology being used in a real-life application such as smart gritting, helping improve road services and safety across East Renfrewshire. This pilot clearly demonstrates the benefits of the Internet of Things (IoT) and how it can be applied successfully to public services and design, and thanks to East Renfrewshire Council, CENSIS and the Digital Office for making this happen and wish the team behind the pilot every success.

“Through improved winter maintenance in real-time and decreasing accidents in the local area, this smart gritting pilot is designed to act as a blueprint for other Councils, fostering better dialogue and sharing of expertise in public services, with IoT very much remaining at the forefront of future-proofed service design. “

Greening the Cloud for Public Service

Smartphones could use ‘bat sense’ to generate images from sound