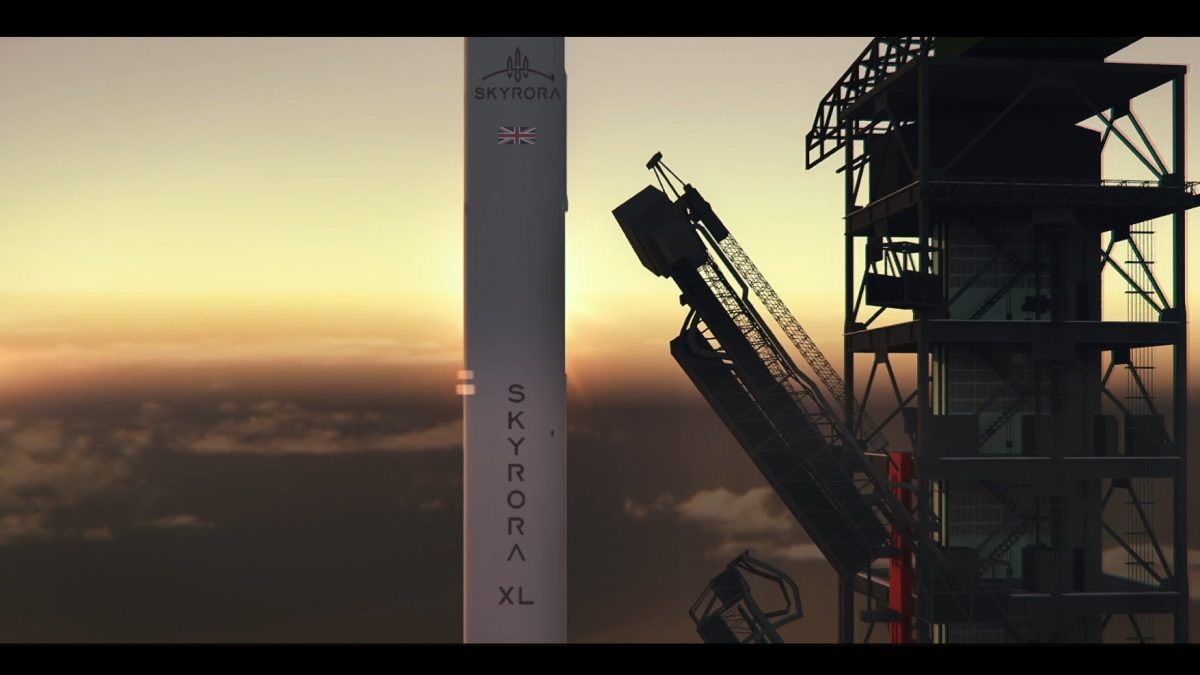 A Scottish satellite tech firm has warned of a looming space junk ‘disaster’ following the recent uncontrolled descent of a Chinese rocket to earth.

The head of Skyrora, a private launch vehicle company based in Edinburgh, has said efforts must be sped up to find a solution to the increasing amount of disused probes orbiting the earth.

Volodymyr Levykin is proposing to develop a ‘space tug’ which can clear the debris – of which there are estimated to be 34,000 objects above 10cm in size, including 3,000 redundant satellites.

Levykin said the uncontrolled re-entry of the remains of the 18-tonne Chinese Long March 5b missile – which plunged into the sea just west of the Maldives last Sunday – should not be happening.

He said: “The world had to watch and hold its breath to see where the debris from the Chinese Long March-5b vehicle would hit the Earth. But events like this shouldn’t be happening.

“There are around 34,000 objects above 10cm in size in Earth’s orbit that would be considered space junk – 3000 of which are redundant satellites. Moving at around 10km per second, these objects could seriously damage operational satellites or even the International Space Station.

“It’s vital that something is done to address the situation before disaster strikes – and we’re faced with the loss of crucial services, or worse still, loss of life.”

He said the situation has heightened the demand for a vehicle that can make multiple stops and functions in space without the need for multiple launches.

He added: “Orbital Transfer Vehicles, such as Skyrora’s space tug, are on hand to help safely de-orbit space debris or transport it to a disposal orbit. With the capability of re-firing its engine multiple times and so manoeuvring once in orbit, a tug can complete several missions after deploying an initial payload.

“By integrating them as part of the rocket’s third stage, we can effectively deploy a vehicle as part of every launch, creating an orbital fleet of ‘space tugs’ ready to be called upon when required.

“Every launch, regardless of who is behind it or where it’s launching from, should now include some sort of space tug to make sure these uncontrolled re-entries are a thing of the past.

“It’s not only about helping the planet or clearing up the mess orbiting it but about protecting the crucial infrastructure that’s taken decades and trillions of dollars to build, which could effectively be wiped out in an instant.”

Skyrora has completed tests on a space tug model – at its engine development facility in Fife – which involved a full mission duration ‘static fire test’.

The development is a key part of Skyrora’s mission to place space sustainability as a crucial element in its planning and company vision. It has also developed a new way of launching satellites without damaging the environment as well as creating an eco-friendly fuel that ensures the UK has the most environmentally friendly space industry in the world.

The company recently secured £2.5M funding from the European Space Agency, which will be used to complete Skyrora’s XL programme to deliver consistent orbital launches from the UK.

Skyrora XL is a 23-metre, 56-tonne, three-stage rocket capable of carrying up to 315kg into orbit. The vehicle is on course to be test launched in 2022 from a UK spaceport and the project is set to generate 170 high-skilled jobs.

Edinburgh among the best places in UK to launch a business; Barclays business index