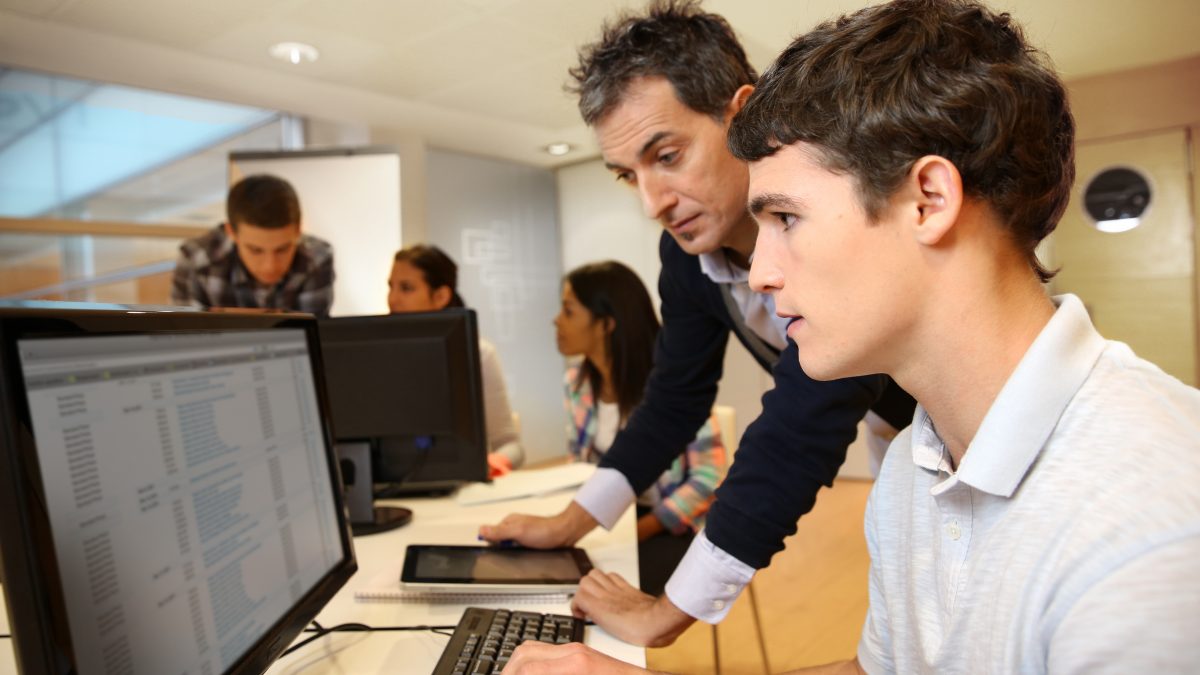 There has been a ‘sharp decline’ in secondary school computing science teachers since the SNP’s first parliamentary term, according to a new report.

Opposition parties today criticised the government’s record on delivering on computing science at the heart of the curriculum – despite its rhetoric around data and digital skills.

On the eve of the Scottish Parliament election, we can reveal that in the past 13 years, under an SNP-led government, the number of computing science teachers has reduced by almost a quarter.

In 2008, the SNP’s second year in a minority run administration, the number of computing science teachers was 766. Now, in the party’s 14th consecutive year in power, it is 595.

The annual teacher census, published by the Scottish Government in April, shows the number of computing science teachers in Scottish secondary schools has decreased every year since 2008, bar two. In 2018 the number rose from 582 to 595 and in 2020 from 579 to 595 once more.

The Scottish Nationalists, under both Alex Salmond and Nicola Sturgeon’s leadership, have had a controversial relationship with education since coming into power.

In 2010 they oversaw the implementation of the Curriculum for Excellence in Scottish schools, which faced widespread criticism from teachers for being vague and unclear.

And since then Scotland’s education system, once considered ‘world-class’ and well above average in the Organisation for Economic Co-operation and Development’s PISA rankings – which measures the attainment of students globally – has sunk to average.

Education secretary John Swinney has withheld publishing the OECD’s most recent findings on the Curriculum for Excellence, which he was handed in February, until after the election.

The 22 per cent drop in computing science teachers does not bear well for the digital skills gap and the future of the Scottish tech economy.

According to technology sector body ScotlandIS, there is an annual requirement for an additional 13,000 digital jobs in Scotland, but universities and apprenticeships are only producing around 5,000 new recruits each year.

The reduction in computing education and high dropout rate of computer science undergraduates coincides with research carried out by ScotlandIS which found 75 per cent of employers are experiencing difficulties in recruiting qualified digital staff.

The Scottish Conservatives’ Education spokesman Jamie Greene said: “The SNP have slashed teachers from our classrooms over their 14 years in charge and are only now promising digital devices to pupils in an election period. As we rebuild from the pandemic, we must focus on ensuring everyone has the skills required for the advances in digital technology.

“That is why it is particularly concerning to see almost 200 fewer computing teachers are now in our schools than when the SNP came to power. There is a real risk that a generation of school pupils are going to miss out on learning vital skills for today’s job market. The Scottish Conservatives plan to recruit 3,000 extra teachers across Scotland for our classrooms to address the SNP’s teaching cuts.

“Beyond the school environment, our rapid retraining courses will deliver employment opportunities suited to people’s needs as we seek to guarantee every adult has the basic digital skills by the end of the next Parliament. Only by voting Scottish Conservative on your peach party list vote guarantees a focus on delivering thousands of extra teachers for our classrooms.”

Scottish Liberal Democrat Education spokeswoman Beatrice Wishart said: “This sharp decline is a symptom of a much larger illness. Improving STEM (science, technology, engineering and mathematics) teaching is an important part of securing the high skilled, high wage economy of the future. Scottish Liberal Democrats successfully secured an extra £80 million for education in the Scottish budget. But we want to go further. Scottish Liberal Democrats will give young people better access to expert teachers in STEM subjects by bringing back principal teachers for each of them.  That will create a more attractive career path for graduates in STEM subjects within teaching.”

Wishart added: “According to a UNESCO report, only 28% of all the world’s researchers are women and only 35% of all students enrolled in STEM-related fields are female. Investing in STEM teaching will not just be good for our economy, it will be good for equality too. Scottish Liberal Democrats will deliver an education recovery plan for everyone.”

An SNP spokesperson said: “In Government, the SNP employed 3,000 more teachers, and ensured 1,400 were recruited specifically throughout the pandemic to help children in Scotland retain the best possible access to education.

“The coronavirus crisis has taught us many lessons, and the SNP is committed to learning from them. That is why, if re-elected, we will give every pupil a laptop or tablet with free internet access, provide more time and training to teachers and improve the electronic architecture of our schools.

“We are aware of and concerned about the decreasing numbers in computing studies teachers, which is why, as we recruit an additional 3,500 teachers and classroom assistants, we will ask the Teacher Workforce Planning Advisory Group to look at this issue.”

A Scottish Government spokesman said: “Data and digital skills are an increasingly prominent feature of education at all levels. The Logan review challenges us to go further and faster to ensure education and training is delivering the digital and computing skills that the sector and the economy needs.”

The Scottish technology ecosystem review was published by Mark Logan, computing studies professor at the University of Glasgow, last year. It outlines how Scotland can develop a ‘world-class tech sector.’

The government spokesman added: “The Scottish Government is developing an action plan for the recommendations that capitalises on what is already in place through the STEM Strategy and Developing the Young Workforce, with a view to enabling a curriculum in schools that helps young people grasp the fundamentals of digital, computing and cyber and inspires them to pursue digital skills and careers. On 26 February, we announced we are once again offering 150 STEM bursaries to encourage more people to train as secondary school teachers in physics, chemistry, maths, computing science, technical education and home economics.”

Despite the decrease in computing science teachers, the total number of secondary school teachers has risen every year since 2014, with the number of teachers increasing by 1,224 between 2019 and 2020 – the biggest recorded annual increase recorded since 1975.

Extra teachers were needed to support the recovery of education following the disruption caused by the pandemic.

The Scottish Greens and Scottish Labour party did not respond to our requests for comment.