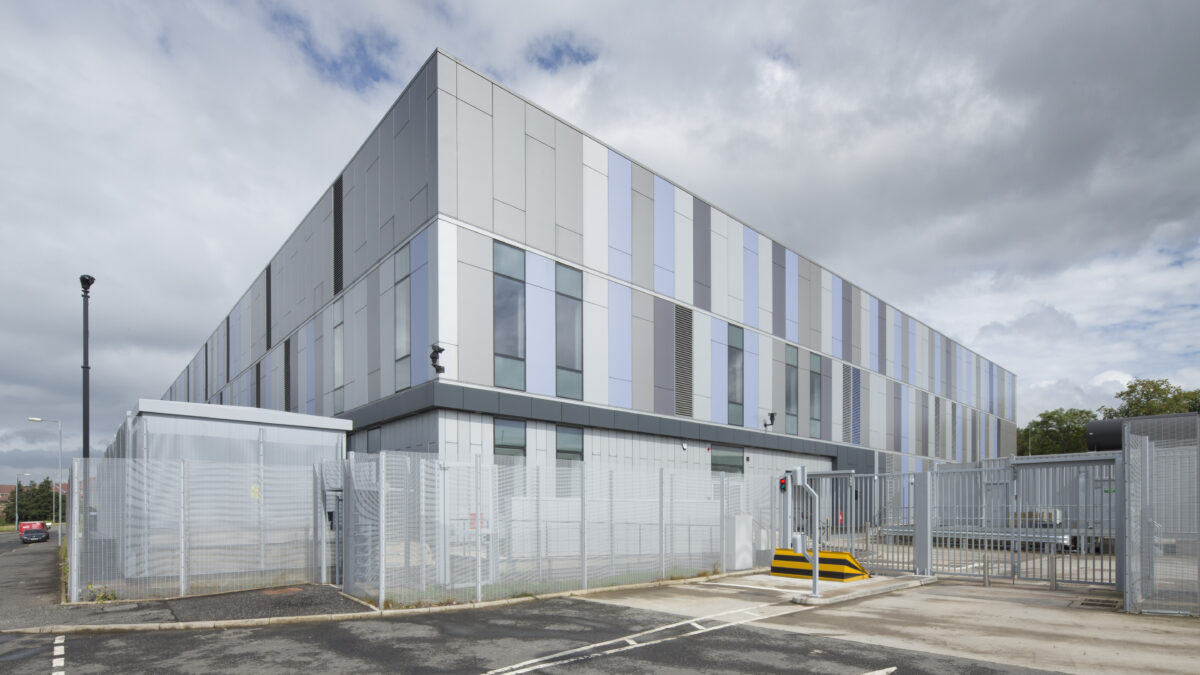 A Scottish local authority has massively reduced its carbon footprint after upgrading and moving its digital and IT services provision to a renewables-powered datacentre.

South Lanarkshire council is transforming its services and moving quicker to net zero after taking advantage of the green ‘DV1’ facility operated by DataVita in Chapelhall, near Airdrie.

The move has enabled the council to generate energy savings of 94 per cent across its services for more than 300,000 residents.

Emissions have also been cut from 91 tonnes of carbon dioxide equivalent to just five tonnes, a 95 per cent reduction.

Working with DataVita, Scotland’s largest datacentre and multi-cloud services provider, the council will save over 2,000 megawatt hours (MWh) of energy annually – down from 2,222 MWh to 140 MWh.

Modernising its IT operations will enable the local authority to reduce the environmental impact of digital systems by tackling excess energy usage and wastage.

Over the next five years, an estimated 12,800 MWh of energy will be saved, equivalent to the amount of electricity used annually by over 400 average homes.

The IT transformation programme is designed around a new hybrid system, combining cloud-based activities and data centre hosting at the DV1 facility in Chapelhall. The datacentre, which is the largest and only one of its kind in Scotland, uses 100 per cent renewable electricity. It also uses energy-efficient ‘free cooling’ technology, which utilises Scotland’s natural climate to maintain optimum temperatures, instead of air conditioning units.

Switching data centre locations will mean the local authority sees its power usage effectiveness (PUE) ratio improve substantially, from a rating of 2.3 to just 1.18. PUE is an industry benchmark for datacentre energy performance that measures how much energy is used by the IT equipment, with 1:1 the optimum ratio.

Brian Teaz, head of information technology at South Lanarkshire Council, said: “We have set ambitious targets including a 75 per cent reduction in greenhouse gas emissions by 2030. Over the last six years we have already reduced that by more than 25 per cent. There is still scope to do more, however, and this new IT approach is a good example of how modernisation can come with real environmental benefits.

“In recent years, as services have been digitised and moved online, our IT footprint has expanded quickly to give residents smarter and more flexible ways to access critical functions. The time was right to upgrade our digital infrastructure in line with new requirements and working with DataVita has enabled us to address sustainability at the same time, making significant carbon savings.”

DataVita was the first Scottish IT company to sign the Climate Neutral Data Centre Pact last year making a formal commitment to a carbon-neutral future. The company has further plans to enhance the sustainability of its DV1 data centre by taking the facility off-grid, generating electricity from wind and battery-powered back-up systems.

The contract was awarded through the Scottish Government’s Cloud Services Framework, established in 2019 to support the government’s digital strategy. IT supplied through the framework includes public and private cloud, co-location, hybrid cloud, community cloud, and cloud transition activities.

Danny Quinn, managing director at DataVita, said: “Sustainability is high on the agenda for most organisations but there is a common misconception that making changes either comes with a downgrade in terms of performance or substantial financial investment. Our recent experience with South Lanarkshire Council proves otherwise, and we have simultaneously upgraded the IT systems and reduced its carbon footprint. With the capability to deliver some of the most advanced technology currently available, our team has designed a flexible future-proofed system to cater for the council’s needs in the years to come.”

How Nude is homing in on young people's dreams