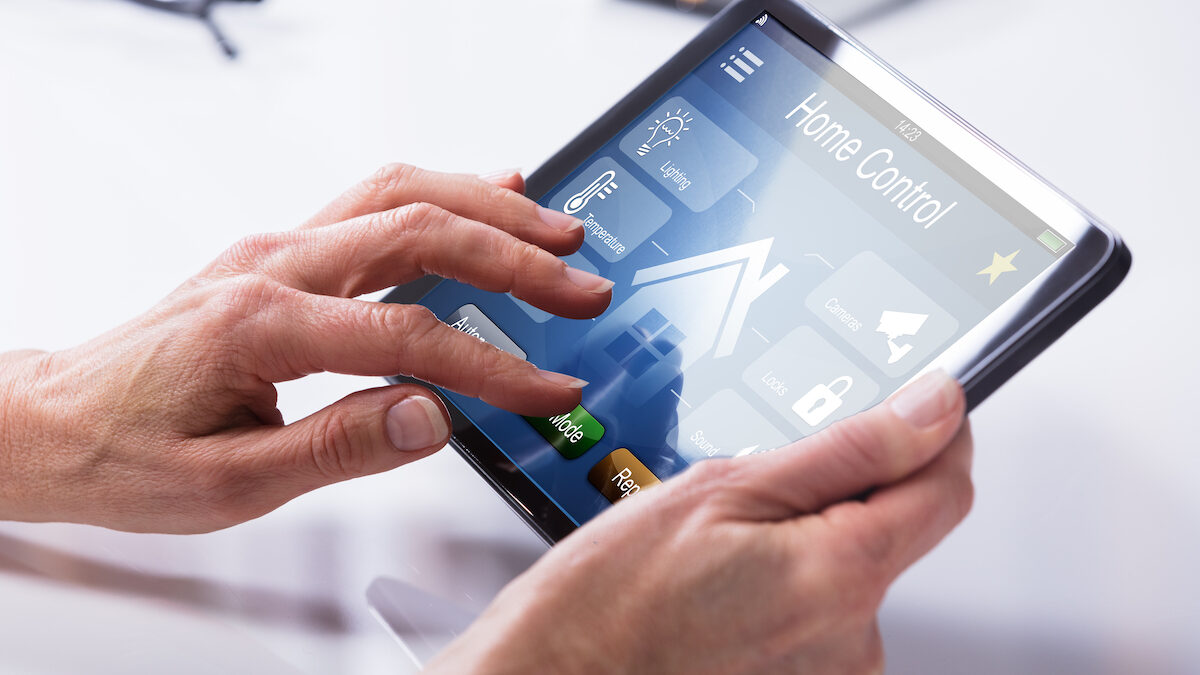 Just under a half of Scots – 43 per cent – have a smart technology appliance in their home, with nearly two thirds – 63 per cent – believing that advances in smart tech are helping their household to be more environmentally friendly, research has revealed.

The survey, commissioned by telecoms giant BT, found that among the most popular appliances were a smart meter (56 per cent), smart lighting (27 per cent) and smart thermostats (37 per cent).

Among those that don’t use smart tech, cost (37 per cent), the belief that it can’t make a substantial difference (20 per cent) and a perceived lack of understanding on how it works (20 per cent) were among the top barriers to installing it at home.

As part of efforts to combat climate change, BT is helping to equip the nation with the digital skills needed to be more sustainable at home.

The company is aiming to provide households with the knowledge and motivation needed to make small but sustainable lifestyle changes and is highlighting the important role technology has in making the household shift to sustainable living easier.

BT recently announced the results of its ‘smarter living challenge’, a partnership with environmental charity Hubbub, which highlighted the powerful impact UK households can have on their carbon emissions by using technology to support simple sustainable lifestyle changes.

The project found that when seven small, but sustainable actions were combined with technology, an average household could save £938 on their bills and up to 1.7 tonnes of carbon dioxide equivalents (CO2e) per year if adopted on a sustained basis.

Switching to smart LED lighting, for example, could save 65kg of CO2 emissions per household, while changing to a renewable energy tariff can save the average household around £270 on bills.

When participants were asked which ‘climate change resolution’ they would make to live a greener life, recycling as much as possible emerged as the top choice (14 per cent).

Switching to an electric vehicle (13 per cent) and only using the heating while necessary (12 per cent) completed the top three, closely followed by switching to a renewable energy provider (11 per cent).

Andy Wales, chief digital impact and sustainability officer at BT, said: “In the run up to the Cop26 climate talks later this year, we want to show people up and down the country that it’s not just politicians and corporations who can make a difference in the fight against climate change, everyone has a part to play.

“At BT, we connect for good. Our technology, networks and products will underpin many of the solutions needed to become a net zero carbon economy and will act as a catalyst for a smarter, greener future. That’s why we would encourage all of our customers, colleagues and communities to make their own ‘climate resolutions’ because we know when small sustainable steps are supported by technology, they can make a huge impact.”

Scots turned off by partners who leave the lights on

The survey also revealed that leaving the lights on, switching the heating on unnecessarily and putting recycling in with general waste topped a list of things that shocked Scots about their partner when they moved in together.

It showed that these more environmentally friendly concerns trumped the more traditional gripes, such as snoring, not tidying up after themselves and chewing loudly.

The findings suggest a trend of couples becoming more environmentally conscious: a third of those questioned in Scotland believe they and their partner are doing more to live a greener life at home when compared to twelve months ago, prior to the coronavirus pandemic, while almost a half of Scots – 46 per cent – encourage each other to be more sustainable.

Living a greener life has also brought 22 per cent of couples closer together. However, it is not always smooth sailing – 55 per cent of those questioned in Scotland admitted that they have had a disagreement with their other half about the environment.

While couples appear to be becoming more aware of environmental issues at home, the majority still think there is room for improvement, as just 41 per cent believe they and/or their partner are sufficiently eco-conscious.

BT has pledged to become a net zero carbon emissions business by 2045. In 2020, it completed the switch to 100 per cent renewable electricity worldwide, which means citizens who buy mobile or broadband from EE, BT or Plusnet are now supplied by networks that are powered by 100 per cent clean power.