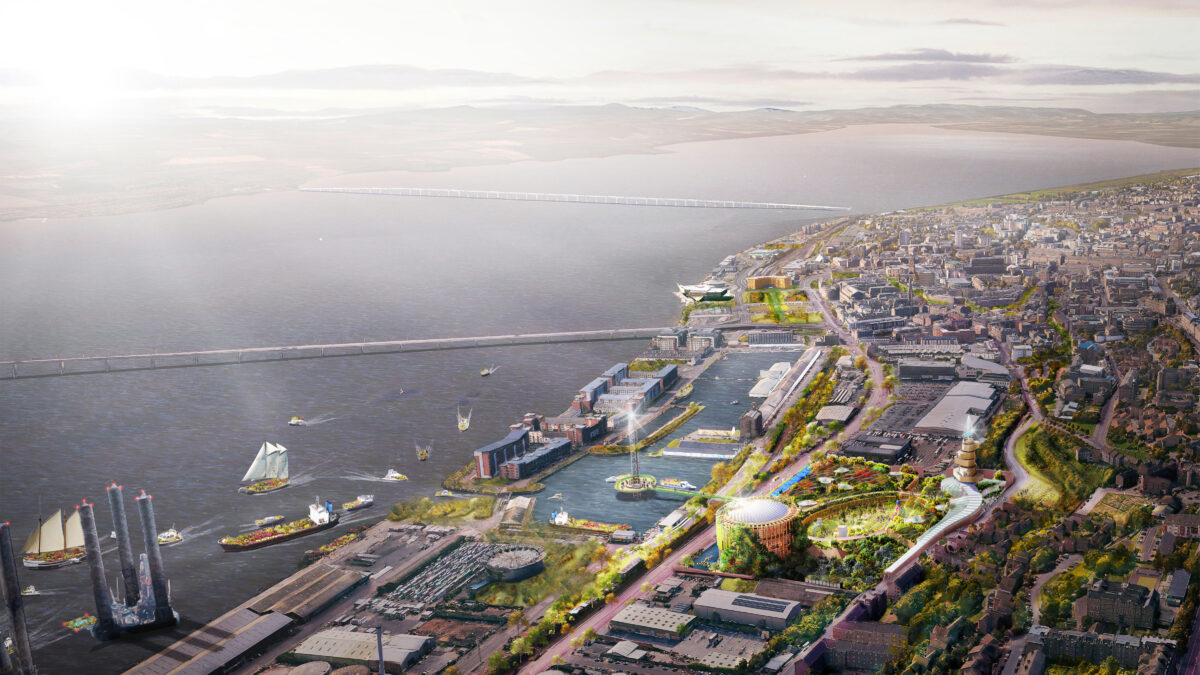 Dundee’s innovation park has sealed a deal with Eden Project – a world-famous eco-friendly attraction which recently unveiled plans for a new venture in the Tayside city.

Cornwall-based Eden Project recently released the first images of the proposed Dundee development alongside the announcement of the city’s former gasworks being the preferred site for the attraction.

Now, marked by the signing of a memorandum of understanding, a partnership has been formed between the pair to “identify innovation and collaboration opportunities” and “support innovation and entrepreneurship ambitions”.

It is hoped the collaboration will allow MSIP to benefit from Eden Project’s expertise across a range of relevant areas, as well as its extensive experience in biodiversity, sustainability and community engagement activities.

In return, the innovation parc will “actively promote” Eden Project initiatives, facilities and expertise to tenants, connecting the educational charity’s people and knowledge to industry.

Sarah Petrie, innovation director, MSIP said: “When we heard of Eden Project’s plans for Dundee, we knew there was a strong synergy to MSIP in its vision, focus and ambition – to transform an industrial site into a world-class attraction, focused on the environment and sustainability, to create real regeneration that will benefit Dundee. There has been lots of meaningful regeneration happening in Dundee over recent years. MSIP is one part of that, Eden Project is another.

“Together, we will deliver relevant projects focused initially on entrepreneurship and sustainability, that will strengthen our ambition to deliver inclusive economic growth across the city. Through collaboration, we will do great things.”

David Harland, chief executive of Eden Project International, said: “We’re delighted to have formed this partnership with MSIP and look forward to working closely with them as our plans for Eden Project Dundee progress. Our work in the city is enabled by the strength and passion of the community and its businesses and institutions. MSIP will play an important role in bringing the Eden Project Dundee plans to fruition.”

MSIP was founded to generate economic growth in Scotland and support a fair and just transition to a net zero economy.

Eden Project Dundee is one of several UK projects Eden Project International is developing, with others proposed in Derry-Londonderry and Portland. According to Peter Clegg of Feilden Clegg Bradley Studios, the aim is to also make the first Scottish scheme net-zero carbon and offer “a haven for biodiversity in the city”.