Home > Business & Economy > A shopping list of action for recovery 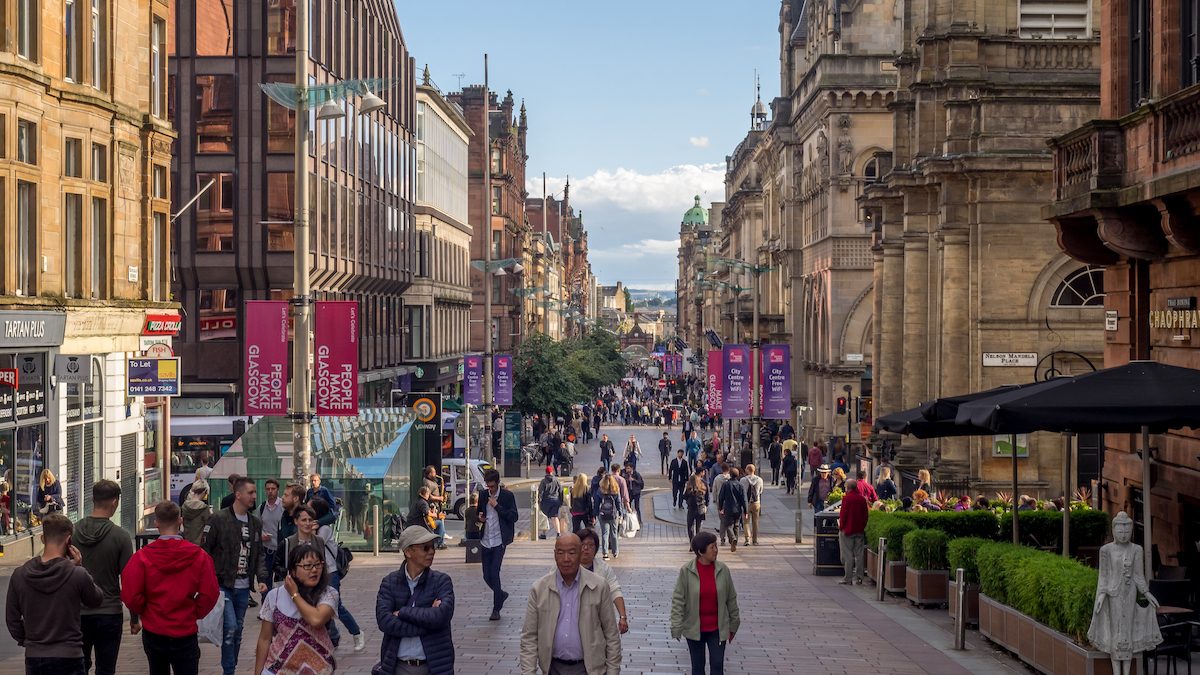 There are signs the economy is moving in the right direction, but the business community says more needs to be done

Scotland’s economy is under levels of pressure that are unprecedented in recent times. Brexit has changed how the UK does business with vast parts of the world and Covid-19 has had a massive impact on global economies.

This new quarterly publication, the Economy and Business Review, in association with the Scottish Council for Development and Industry (SCDI), is designed to dig under the surface on the issues that matter to Scotland, its businesses and its people.

The most recent ‘state of the nation’ report from SCDI, published this month, gives some cause for optimism. It said figures show that the Scottish economy will recover to pre-pandemic levels by 2022, backed by the latest statistics revealing a growth in inflation and consumer spending. However, this boost for business confidence is offset by a surge in youth unemployment, which now stands at 13% in Scotland, and a continued reliance on furlough to protect jobs.

Some key points in the report covered by the report include: confirmation that the Scottish economy shrank by 9.6% in 2020; business confidence up 15% in May; inflation up to 1.5% and house prices up 10.2%.

It also said the pandemic could actually strengthen Scotland’s long-term prospects for productivity growth, according to new data.

While there are some signs that the economy is moving in the right direction, much more needs to be done before Scotland is firmly on the road to recovery.

Andrew McRae, policy chair at Federation of Small Business Scotland, says: “The top priority for recovery – beyond the easing of restrictions – is keeping on top of the cost of doing business. This will give firms the breathing space to recover from the financial shocks of the last 16 months.

“Scottish businesses have taken on £3bn worth of government-backed debt alone. It would be a tragedy if businesses who have battled hard and made it this far through the crisis fell at the final hurdle.

“By retaining the Small Business Bonus Scheme, as well as extending their Covid rates reliefs, the Scottish Government has shown it understands the pressure independent firms are under. But during the recovery phase, ministers must support local businesses at every turn – avoiding new fees, levies or significant regulatory changes.”

David Lonsdale, director of the Scottish Retail Consortium, says the Scottish and UK governments are to be commended for the swift and generous support provided to the retail industry during the Covid crisis – which has included business rates relief, grants, furlough, and loan and tax deferral schemes.

He adds: “This has been critical to the sector’s ability to survive a period which has seen much of the industry repeatedly forced to close, for over 220 days in total since last March.”

Lonsdale wants to see the Scottish Government respond with a retail recovery plan that pauses new non-Covid related red tape to keep down the cost of doing business and support consumer spending by keeping down the cost of living.

Dr Liz Cameron, chief executive of the Scottish Chambers of Commerce, says: “What businesses want to see is a relentless focus from the Scottish and UK Governments towards supporting the gradual reopening of our economy to allow them to open and trade with as few restrictions in place as possible.”

She adds that many businesses have been forced to close their doors because it is has simply been too costly to stay open at a time of restrictive trading conditions.

“Businesses accept that restrictions will remain in place to protect public health whilst the vaccine roll out continues and, in the meantime, we expect both governments to extend financial support to businesses and employees, as well as an additional package of restart grants to support businesses to reopen and recover.”

Alison Culpan, director of ABPI Scotland, says the pharmaceutical industry is robust in Scotland despite the dual challenges of Covid-19 and Brexit. The industry contributes £2.5bn to Scottish economic output.

She says: “As a highly regulated industry, decisions that the government makes have a big impact on how our members conduct their business. Mostimportant are the general conditions for growth and what tools exist to make the UK and Scotland an attractive place to develop and use new medicines.

“Ultimately, Scotland has a great opportunity to be a hub for pharma, but we need the government to use the levers it has, particularly over key issues like data, to attract further investment and jobs. Companies want a productive dialogue with the government and one where we can work together in key areas of shared interest.”

When it comes to business creation, the recently published Engage Invest Exploit EIE21 Scottish Startup
Survey – run by the Bayes Centre, the University of Edinburgh’s innovation hub for data science and artificial intelligence – found that government is not providing enough support in current times, while many firms are having to look overseas for investment.

Scottish Government business and enterprise minister Ivan McKee says: “New businesses, and those with a strong potential to grow, will play an important role in driving Scotland’s recovery and supporting employment.

“We are determined to create the best conditions for entrepreneurs to seize the opportunities to start and to grow their businesses to their full potential.”

The smarter way to recruit staff

Glasgow ultrasonics company to be presented with innovation award

Ten years ago, the Christie report set out an inspiring agenda for change that would put people at the heart of public services. Unlike many reports, it has shown remarkable…

In the latest article about neurodiversity and tech from Skills Development Scotland, Chris Hughes of Present Pal says it’s really not as difficult as you think to accommodate neurodivergent talent….

I believe that the role of colleges in preparing our students to be global citizens has never been more critical. Why? We live in a world where we still need…

I believe that technology can transform our society.  As the new leader of the Scottish Liberal Democrats, I want to see our country make things again and capture the imagination…

In the latest column brought to you by Skills Development Scotland about the benefits and importance of taking on neurodivergent talent, Rebecca Wones from Lexxic gives us her expert opinion…

The Scottish Digital Academy provides high quality professional learning and training to develop digital skills to support transformation and service design across the public and third sectors in Scotland. We…