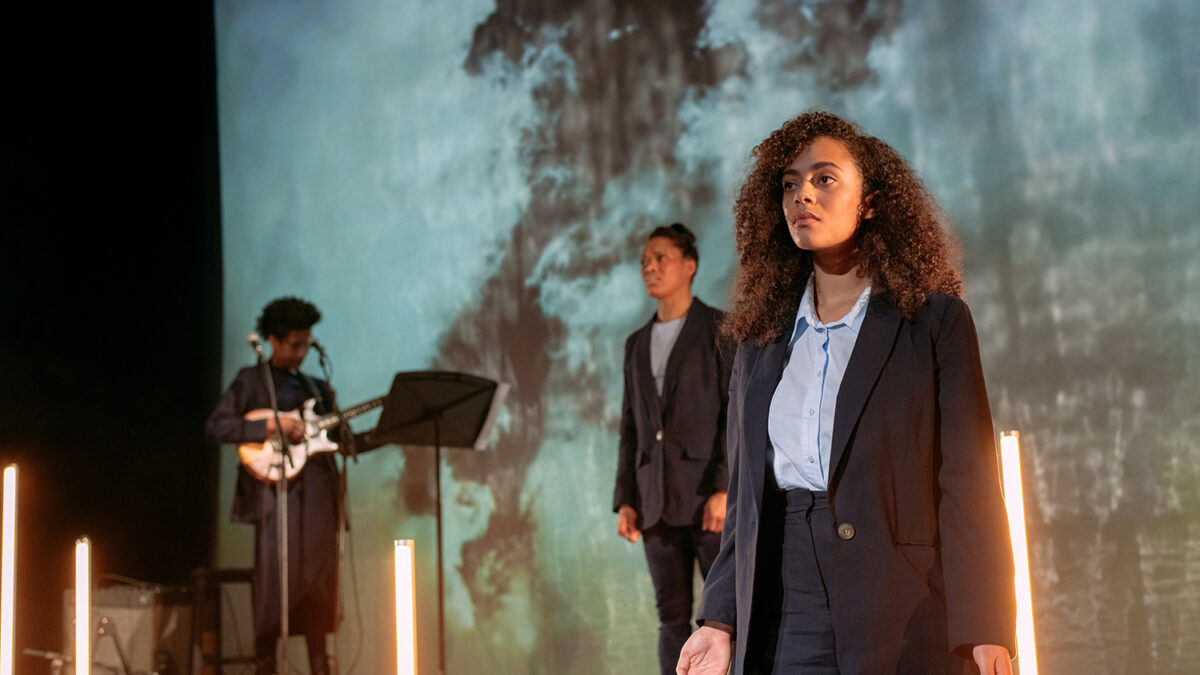 A range of free educational resources created by Scotland’s theatre company are to help facilitate constructive conversations in secondary schools about racism and racial violence.

The National Theatre of Scotland’s new online portal offers a selection of digital shorts and projects focusing on the organisation’s new productions.

A resource pack has been created for the acclaimed co-production ‘Lament for Sheku Bayoh’ – “a compelling, artistic response” to the death of Sheku Bayoh who died aged 32 after being restrained by police in Kirkcaldy.

His death sparked controversy, and an independent government inquiry following a police investigation.

The new pack is now freely available to schools and is designed to support educators to approach an anti-racism conversation.

Produced in collaboration with playwright Hannah Lavery, cast members and other industry professionals, it includes a range of audio, visual and written articles which will promote positive conversations around the themes of the play and explore the wider aspects of Scottish cultural identity.

The resources have been developed with input from poet and facilitator Clementine E Burnley and include tools from organisations such as Training for Change and The Anti-Racist educators.

Burley said: “Discussions of racism and racial violence when handled sensitively can lead to shifts in understanding. The material in this resource aims to support educators to more safely explore in mixed racial groups the wider social, historical and political aspects of Scottish identity”

Resources and a filmed version will also be made available for the National Theatre of Scotland’s forthcoming production, ‘The Enemy’, a “radical re-imagining” of the classic Henrik Ibsen play ‘An Enemy of the People’.

Resources for The Enemy will focus on the Higher drama exam syllabus and will offer short videos of members of the creative team talking about directing, acting, character, space and design.

Additionally, a pack for National Theatre of Scotland and Pitlochry Festival Theatre co-production ‘Enough of Him’ – “a thrilling study of the dynamics of power” exploring the life of Joseph Knight, an enslaved African man brought to Scotland by plantation owner John Wedderburn to serve in his Perthshire mansion – will be accessible.

“We look forward to sharing our work with educators and young people nationwide to help facilitate access to the arts, learning and discussion.”

New filmed productions and resources will be added to the portal throughout the year and will be made available to students and educators in Scotland, UK and internationally. The resources developed will be specific to the Scottish drama curriculum.

The portal will complement National Theatre of Scotland’s existing programme of free-to-access digital content, which includes its series of short theatrical artworks.

Access to the digital education portal can be found here.

Scotland’s School of Innovation set to open this year

Please miss, can we design some more?