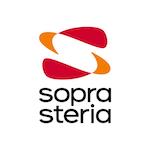 Sopra Steria has announced the launch in Scotland of its DigiLab initiative, with open source solution provider Red Hat OpenShift. The facility will give organisations access to an environment in which they can prototype digital transformation projects within weeks rather than months.

The company said its collaboration with Red Hat will reinforce its position in Scotland as a leading centre for open source integration and systems innovation. Sopra Steria is also expanding its role in the Scottish agile open source community, through access to Red Hat’s OPEN partner training and certification programme, using development tools such as Red Hat JBoss Enterprise Application Platform.

Making the most of the open source expertise within Sopra Steria in Scotland, the company said that the DigiLab initiative provides an accessible location with which to more rapidly build Proofs of Concept (PoCs) for open source cloud applications.

The collaboration combines Sopra Steria in Scotland’s systems integration expertise with Red Hat’s open source developer tools, business automation and data management to showcase the power and flexibility of the Openshift Platform as a Service (PaaS).

Alison McLaughlin, regional director (public sector) at Sopra Steria, said: “We see open source very much at the centre of some of the best Scottish innovation projects, especially when it comes to developing competitive digital features. Sopra Steria itself is taking the concept of the DigiLab work for an internal cloud, which further highlights how much Scotland acts as a key innovation region for the company.

“Sopra Steria DigiLab with Red Hat OpenShift has the benefit of aligning with the aims of both businesses and the Government to help enable transformational digital projects, and enable organisations in Scotland to seek a global digital edge. We’re pleased to be working with Red Hat, whose open source technologies enable our developers to benefit from tools that we know can be important for success.”

“This allows companies to demonstrate that projects stay on development nodes whilst being developed, and cannot ‘wander’ across into production, without going through approved continuous integration and continuous deployment gateways, be they automated testing ones, or manual checkpoints.

“We are now able to demonstrate that customers can write a standard source code project, or bring a docker container based project, and have it deployed on OpenShift, in a cloud environment; all within a shorter period of time.”

Martin Lentle, country manager UK&I at Red Hat, said: “DigiLab is a great vehicle to help showcase the benefits of open source, and in particular Red Hat OpenShift Container Platform, which empowers developers to more rapidly and easily create, host and scale traditional and cloud-native applications across many environments. Sopra Steria is an innovator, helping to lead the way in promoting container technologies, and by extension, the wider use of open source practices.”