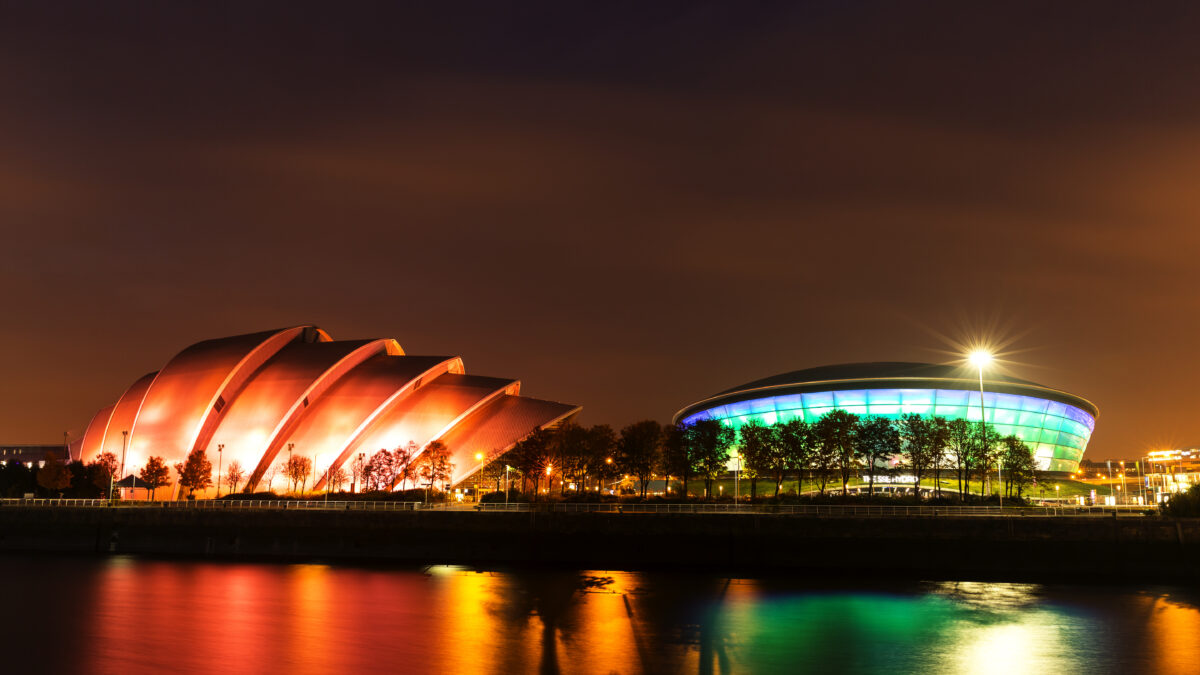 Ideas for a connected world

The inaugural Techaus festival took place in November at SWG3 in Finnieston, Glasgow, as a collaboration between ideas agency Equator and the Digital Media Meet-ups. With the theme ‘Ideas for a connected world’, the event joined local businesses with industry leaders and gave digital agencies an exciting, creative space to share ideas.

Around 400 people attended Techaus which featured workshops and talks from companies including Spotify, Skyscanner and IBM, all themed around creativity, engagement, skills, disruption and vision. Some of the speakers from the event present their thoughts below, showing how ‘ideas for a connected world’ can come from a huge range of sectors.

Spotify is the world’s largest music streaming service. At ten years-old, Spotify has over 30m songs, 100m active users and 2bn playlists. Spotify ultimately wants to make music available to everyone in the world, and we made great progress on that goal this year, with our recent launch in the second biggest music market in the world, Japan.

Such an enormous audience produces a huge amount of data, so we work with a research firm to under- stand our customers and gather interesting insights. For example, when legends of the music world pass away, like David Bowie and Leonard Cohen, we see this reflected in our data. From a topical perspective, we saw a 250% increase in listenership to Nasty by Janet Jackson, after Donald Trump called Hilary Clinton a nasty woman.

The music people are listening to, as well as how and when they listen, tells us a lot about them. We use this data to deliver effective advertising solutions for clients. We can help sports brands reach out to people who are listening to their gym playlist. We even have more than 40,000 shower playlists,
so we can join soap brands to their potential customers too!

Techaus was an exciting event for Scoop to exhibit at as it also coincided with the official launch of our breaking news dashboard, after almost five years of research and development. Our algorithms, which were developed at Glasgow University, monitor social media to pick up on breaking news – before it breaks.

Everyday, Scoop alerts our users to thousands of breaking news stories as they happen, ranging from leaked football transfers to eyewitness accounts of terrorist attacks. By automatically analysing thousands of tweets every second, we can identify news as it happens and, crucially, before it hits mainstream media.

Our product has applications in many areas such as journalism and finance, but also in digital marketing, which was our main reason for attending Techaus. The event was an excellent showcase of Scotland’s digital landscape and provided us with the network to grow Scoop’s presence in the market.

If we look back, even just a decade ago, it’s clear to see marketing has changed immensely. Ten years ago, marketing budget was invested in key word searches and flashing website banners, which people tended to avoid, believing they were viruses. Consumers would search for products on one or two websites and make their purchase decision based on what they found there.

Fast forward to now and there is an endless list of sources for people to explore, meaning brands have to
try harder than ever before to stand out. The main way businesses engage customers nowadays is through content, however, content creators can’t simply produce meaningless material or ‘clickbait’ for brands to churn out. They need to craft something that adds real value for the individual who will be interacting with it.

The best way to do this is to know your brand’s story and use your creativity to tell it well. If you do so from the very beginning, you’ll get off to a strong start as your followers will have a greater belief in you. Consumers want brands to be authentic and down to earth – there are no walls for businesses to hide behind. It’s important to really get to know your customers too – the better you understand them, the more effectively you’ll be able to connect with them.

Google enhanced its capability to understand conversational search, entities and their properties through the implementation of its Hummingbird algorithm in 2013. In 2016 this was supplemented by Google’s introduction of artificial intelligence into its search algorithms – allowing it to better deal with entirely new, never before seen queries and present more appropriate search results by interpreting user preferences and behaviour trends. These updates paved the way for the coming age of voice-activated personal assistants powered by artificial intelligence, like Google Home. Now we are moving towards a future that will involve us searching very differently from the way we currently do.

Google already hold patents for technology to serve digital content based on expected user behaviour and the beginning of the “connected world” of devices is already looming. The future where information arrives before you even think you need it will be here sooner than we think.

While simple for factual queries, already we are seeing Google attempt to condense complex, highly subjective queries, such as “what are the best noise cancelling headphones?” and “why is there war between Israel and Palestine?” down to a single answer. Currently these appear in Google’s Knowledge Graph cards presented in search results, however in the future it’s possible these could become answers provided by voice activated personal assistants for such searches.

Brands looking to survive and thrive in this future must ensure they understand how search engines, like Google, discover and interpret information while focussing on truly serving and satisfying users to develop brand affinity.

There is a huge, digitally-centric future we are all headed towards, regardless of Brexit, Trump or whatever else may be around the corner. We can see the beginning of that future with the growth of chatbots.

But it’s easy to get a bot wrong. There are many out there which know few words, ask inane questions and offer little value. The best bots must be clear in purpose, clear in use and strongly task-focused. In almost all appropriate use cases, a well-coded bot has the potential to deliver a faster, slicker service than the alternatives.

Bots are always learning – from mistakes to picking up dialectic nuances and slang. The backbones of many of these bots are run by companies like Google and Facebook so they are constantly growing in intelligence. The more they are adopted, the more they advance.

And when they are adopted, every- thing will change. I’m not proposing a world where we don’t engage with humans anymore but even today, the magic you experience when first engaging with Alexa on the Amazon Echo hints at the bright future this technology has for all of us. After using a device that seamlessly understands requests, you don’t want to hand it back.

In the post-mobile world, we will no longer need an all-controlling supercomputer in our pocket, nor a keyboard and mouse. When smart assistants have the depth and breadth of knowledge to understand almost everything we ask of them, we will have them do our bidding, whether its switching on the lights, booking a flight or sending a message to a friend.

Our connectedness will become absolute as will our ability to rely on these interconnected smart machines. The Star Trek world of summoning technology with our voice will come around a lot quicker than the 23rd century.

To learn more about Techaus festival go to http://www.techausfestival.com/. To keep up with news and announcements for 2017’s event, add the festival on Twitter @techausfest and Facebook https://www.facebook.com/techausofficial/.

Alison Sellar, CEO of activpayroll, honoured with an OBE