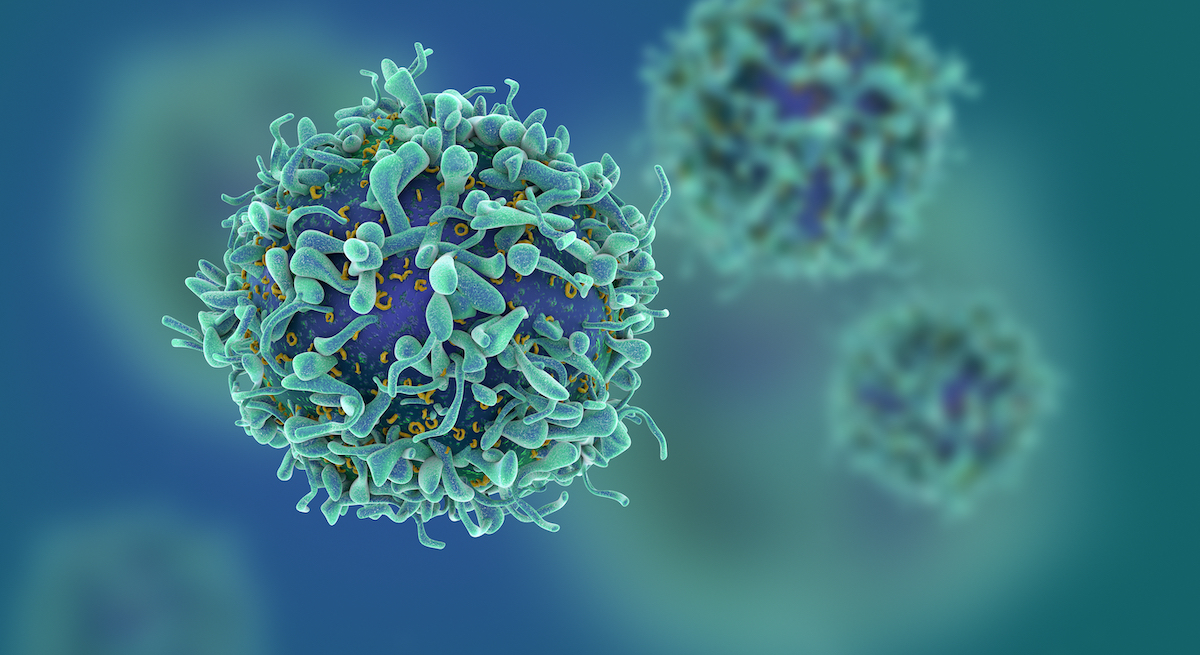 A team of researchers from St Andrews University’s School of Physics has developed microscopic lasers that could revolutionise the understanding and treatment of many diseases, including cancer.

The research, published in Nature Communications, involved developing lasers with a diameter of less than a thousandth of a millimetre, and inserting them in to live cells. Once inside, the lasers function as a beacon and can report on the location of cells, or potentially even send information about conditions within a cell.

Biologists typically use fluorescent dyes or fluorescent proteins to track the location of cells. Replacing these with lasers gives scientists the ability to follow a much greater number of cells without losing track of which cell is which, because the light generated by each laser contains a single wavelength.

In contrast, dyes generate light of multiple wavelengths in parallel which means it is not possible to accurately distinguish the light from more than four or five different dyes. Instead, the researchers have now shown that it is possible to produce thousands of lasers that each generate light of a slightly different wavelength and to tell these apart with great certainty.

The new lasers, in the form of tiny disks, are much smaller than the nucleus of most cells. They are made of a semiconductor ‘quantum well’ material to provide the brightest possible emission.

While lasers have been placed inside cells before, earlier demonstrations have occupied over one thousand times larger volume inside the cells and required more energy to operate, which has limited their application, especially for tasks like following immune cells on their path to local sides of inflammation or monitoring the spread of cancer cells through tissue.

Lead academic Professor Malte Gather, from the School of Physics and Astronomy, said: “While it is exciting to think of cyborg immune cells that fight off bacteria with an ‘on-board laser cannon’, the real value of the latest research is more likely in enabling new ways of observing cells and thus better understanding the mechanisms of disease.”

Dr Andrea Di Falco, from the School of Physics and Astronomy, who co-supervised the project, added: “Our work is enabled by sophisticated nanotechnology. A new nanofabrication facility here in St Andrews allows us to produce lasers that are among the smallest known to date. These internalised sensors, akin to RFID microchips, permit to follow the cells as they feed, interact with their neighbours and move through narrow obstacles, without conditioning their behaviour.”

PhD student Alasdair Fikouras and Royal Society Fellow Dr Marcel Schubert, who jointly tested the new lasers are excited about the prospects of the new laser platform: “The new lasers can help us study so many urgent questions in completely different ways than before. We can now follow individual cancer cells to understand when and how they become invasive. It’s biology on the single cell level that makes it so powerful.”

Surgeons around the world to perfect their skills with new app

Upping the pace to fight the pandemic