Home > Partner Content > Taking innovation to the next level 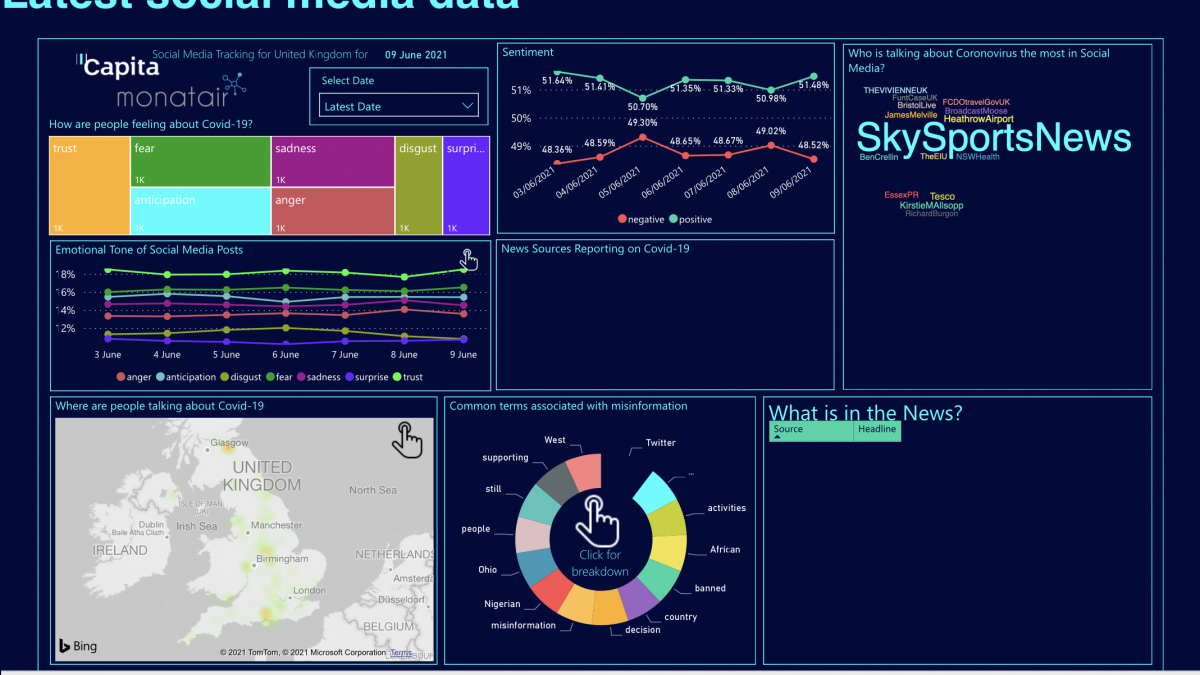 Taking innovation to the next level

The public sector has been slow to embrace artificial intelligence but there are signs that the appetite for innovation, spurred on by a global pandemic, is paving the way for change. In March, the Scottish
Government published its long-awaited – and Covid-delayed – national AI strategy, which will be the foundation stone for the development of a much talked about, but occasionally misunderstood, technology.

Throughout the strategy, which was “applauded” for its scope and ambition by international AI
experts, there has been a strong emphasis on ensuring that the development of artificial intelligence within public services, and supporting its use in the wider economy, is done in a way that is “trustworthy, ethical and inclusive”.

When faced with a technology that frequently garners negative media attention – stoking fears that robots may replace humans, or that we end up becoming mere ciphers in a world driven by automation – there is an understandable political sensitivity to tread carefully when it comes to adoption.

But there are many reasons to be optimistic. The benefits can be – and are already being – realised by harnessing data in a way that makes public services more anticipatory and intelligent, saving time, resources, cutting waste and obviating the need to perform repetitive, unnecessary tasks.

Think of chatbots streamlining back-office functions in local authorities, many of which rely on inbound inquiries being answered in the same way, time and again. Or paper forms that have to be issued, captured and then transferred manually to outdated systems, where data is locked in – and no-one is much the wiser.

How much better to redesign those processes, use some analytics to see where the demand is coming from, and present the data in a dashboard, allowing council workers to see in real-time where complaints are coming in about potholes or bins not being emptied.

And the results? As well as providing a more efficient service, you end up with a workforce freed up to do things that really matter: finding out crucial information about vulnerable citizens and doing more to engage directly and look after them.

Consulting, transformation and digital services firm Capita has been involved in the development of the national AI strategy, which was conducted with expert input from across the public, private and third sector realms.

Alan Crameri, technical lead, solutioning, data & AI at Capita, says it “aligns well” with the values his company wants to bring to bear in the creation of services that yield a public good. “What’s good about it from our perspective is that our director of AI, Tirath Virdee, was part of one of the working groups on AI products and services who contributed to that strategy – and the focus on trustworthy, ethical and inclusive AI is absolutely part of our thinking,” he says.

“Our position, also, is that data and AI is a journey. You shouldn’t go about it by boiling the ocean; the
best results will be realised if you start small and build over time.”

Crameri also has a personal insight into AI and the public sector in Scotland. Before joining Capita, he was technical director at Edinburgh-based AI startup Barrachd (Gaelic for “more”), which was acquired by Capita in 2015.

The founding members of Barrachd have mostly stayed with what became Capita’s Data & AI team,
with 30 or so still part of the organisation, giving a global company a distinctly Scottish hue. It is that understanding of the landscape in Scotland that is helping the company to serve, for example, Police Scotland, as it puts the national force’s data to better use, bringing together data from over 40
legacy systems into a single solution.

The Scottish connection has helped Capita forge new products, working with The Data Lab, Scotland’s Innovation Centre for data and AI. Two MSc data science graduates – one from the University of Stirling and the other from Heriot-Watt University in Edinburgh – played a key role in developing a social media analytics platform, called Monatair, which began life during a summer placement.

The product – which provides insight into social media data, combining it with other open data –
has the power to provide significant early insight into brands, customers, citizens, competitors and markets.

The development team behind Monatair have used self-built AI and Natural Language Processing
to enrich social media data with sentiment, emotion and tone, topic category and content reach. This
enriched data is then visualised through easy to consume, usercentred dashboards enabling quick
access to unlocked insight.

The team are excited about this development as the AI Dashboards enable users to gain live and organised insight from huge volumes of unstructured and dissipated data, which up until now had not been possible.

“In developing that product, we had a great experience in working with The Data Lab in Scotland, and those two graduates are now fulltime with us. They have been part of the team that built sentiment analytics and machine learning into the product.”

The ongoing relationship with The Data Lab – which helped shape the AI strategy on behalf of government – is further enhanced by a key member of the data services team, Barbara Howarth, sitting in an advisory capacity on its Innovation Advisory Board.

“It has been a good Scottish success story in quite a few ways,” adds Crameri.

Working with massive volumes of data has also been an area in which Capita has deployed its AI skillset. The Financial Services Compensation Scheme (FSCS) needed to transcribe 700,000 audio files from a pending case. Realising it would take 30 transcriptionists over eight months to work through the data, the organisation deployed an “off-theshelf” AI product – Speech services, part of Microsoft Azure Cognitive Services.

Training the AI to remedy errors along the way, the task was completed from start to finish in just 13 weeks – delivering a solution that worked 90 per cent faster than the human equivalent.

“We developed the end product – Accelerate – from this process, which has enabled us to bring huge
value to unstructured data,” adds Crameri. “With Monatair, that’s two areas in which we have been
able to make much greater use of unstructured data, which I think is where the really exciting potential of AI lies in future.”

It is not necessarily a linear journey, though, as Crameri readily admits. There is one council which
Capita helped set up a simple data dashboard – and the results were transformational.

“They didn’t need AI, and that can be a hard message,” says Crameri. “But the improvements in operational performance just because they could see where their complaints were coming in were a revelation.”

He adds: “You have to take people on this journey with you. I think that’s the key to AI. If you can demonstrate how it saves time, cost and effort, then the valuable work can start to be done. And it shouldn’t be viewed as overly technical or as a skills challenge.

“Increasingly, there are off-theshelf AI solutions that you can work with to deliver real impact. Think how people use AI in their daily lives, for example with voice assistants like Alexa and Siri; as people use and understand that better, they don’t necessarily think of this big thing called AI but see it as a convenient tool. And gradually, it becomes embedded.

“The challenge for us all, is to ensure it is implemented in a trustworthy, ethical and inclusive
way. Governments, and companies like Capita, are very much on that journey together.”