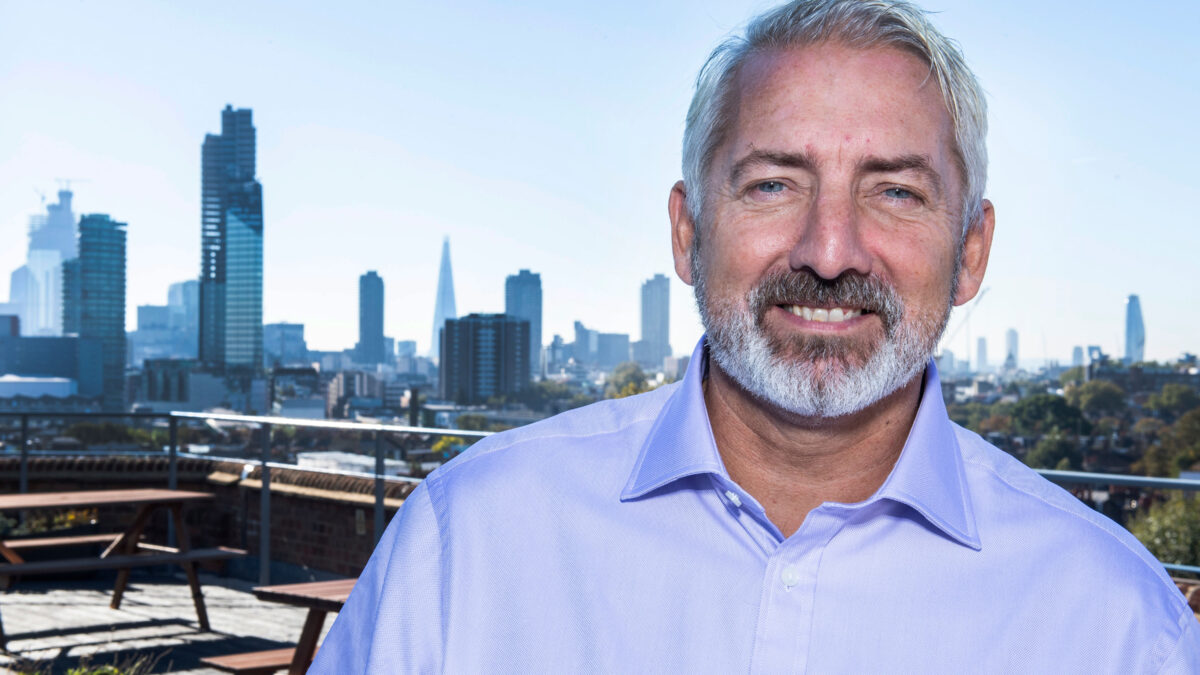 Servelec, which was last year acquired by Access UK Ltd, believes in building common solutions to solve healthcare IT problems – which means it has made the rather less common business decision to work closely with its competition.

It may seem counterintuitive, but the health informatics firm has its reasons.

Interoperability – the connecting of systems and the transfer of data between systems – is a buzzword increasingly heard in the health sector, but for Servelec it has been a long-term commitment. And its vision has been led by McCord, who introduced Conexes in 2018 – a cloud-based platform which enables a safe, secure environment to share data between various systems and mobile apps to deliver a fully integrated approach to patient care.

It is essentially the “plumbing” between both Servelec’s product range – which includes the Rio
electronic patient record platform for the community and mental health market, and the Mosaic case management software for social care – as well as those of other industry suppliers.

On Servelec’s decision to collaborate with other companies to produce common platforms, McCord says: “What you’re doing is opening up your world to connect to other things and those other things can then connect to you – and there’s some who would view that as letting the competition in, or not protecting your business area.

“But for the good of the whole market and the health and care sector, we at Servelec very much took on the view that we would work with our competitors to build common interoperable solutions in terms of our system talking to others.”

Though he is passionate that it’s the right thing to do for patient care, McCord, who has worked in a variety of senior roles across Servelec since he was hired as a developer in 1995, admits that it’s a risk. “We adopted a view that we would be open, we’d want to work alongside other suppliers, we would adopt those common ways of working and adopt those common standards – and that does mean that you could be replaced by another system or lose certain areas of functionality to a competitor.”

He compares the different products used by a health board to the pieces in a puzzle. If all of the pieces supplied by different companies are “talking” to one another in the same language – it’s easy for an authority to add and replace systems, without disrupting its whole ecosystem.

But, he says: “It’s a risk we definitely wanted to take and did take. And more and more organisations are following in our footsteps down a path of interoperability.”

How could interoperability transform healthcare? McCord references the evolution of banking, pointing out that in the past, people had to physically visit a bank in order to withdraw cash and have it moved into a different account.

“Now you can use your mobile phone to transfer money between accounts and pay bills, and all those things, which the technology now underpins. And that, in essence, is interoperability between banking.”

In the same way, Conexes (the Servelec platform) simply makes life easier for health boards, practitioners and patients, by offering solutions to a range of issues and “breaking down barriers” through cloud-based interoperability.

There is the “administration barrier”, McCord says, which means a clinician attempting to request a task from others has to manually ask for it to be done via “slower methods” including email, telephone, or letters. “So, the administration of a patient or of a person needing care is
much slower, because you’re going through those old mechanisms, so that admin barrier needs to be broken down through interoperability,” he says.

There is also the “clinical barrier”, where a patient needs one clinician to act upon information
that another clinician has, which might be relevant to the care they’re being given, and the speed of that review could be important to the outcome achieved for the
patient. McCord explains: “You often hear people saying, ‘Oh, I’m waiting for test results, they’re coming in the post’ and those type of things. If we use interoperability and solutions like Conexes and common standards to connect systems together, we can see that the flow of that information between those clinical settings is much faster and benefits the patients.”

Vitally, this improves outcomes for patients. He says: “In some scenarios, and clinical situations, time is of the essence – so the faster you can get that information from one care setting into another care setting, the quicker you can get on with treating the person or making changes in their life or adapting their home or any of these types of interventions that are required to improve that person’s quality of life.”

In Somerset, for example, the platform has allowed ambulance services to access mental health crisis plans in the organisation’s Rio electronic patient record system for patients in distress, helping them to better assess the situation and decide on the most suitable care setting to transport patients to, which has reduced the number of “inappropriate” A&E admissions.

“And that was the aim of Conexes,” McCord says. “I suppose the next part is getting everyone to agree to talk in the same language, from a computer-to-computer perspective.”

Though mandated in law under the Public Bodies (Joint working) (Scotland) Act 2014, the move towards joining up health and care settings has been slow.

McCord believes a common set of data standards is required to underpin the interoperability piece – and that Scotland is on the right track with its refreshed digital health and care strategy, unveiled by the health secretary, Humza Yousaf, last year.

McCord says: “Building platforms which share common data structures is very much part of the new strategy in Scotland. Without that common language of data, it’s very difficult to engage and get people to be part of that wider ecosystem of interoperability.

“And to make sure that systems are interchangeable and interoperable, you need a base level, everybody to agree a set of data standards, because once you’ve got those data standards, and that common language of information, where people call things the same – you know, an apple’s an apple and an orange’s an orange – you can then introduce that data-driven system to move information faster and improve outcomes.”

McCord is also hopeful that the move towards common standards will be accelerated by Covid.

“Because everyone’s been working from home, including lots of workers in health and care, there has been a drive to share information digitally and use different tools and think outside the box – because not everything is (or needs to be) face to face any more.

“The whole thinking around health and care is now changing, and I think, as we do emerge from the pandemic, the focus will be much more on retaining the knowledge of the digital improvements that we enacted during the pandemic – to support the systems and to support citizens accessing services – as a way of still engaging with the patient, and also using that
same sort of thinking to expand on that and connect more of the information systems together.”

Meet the founders behind Data Innovation.AI