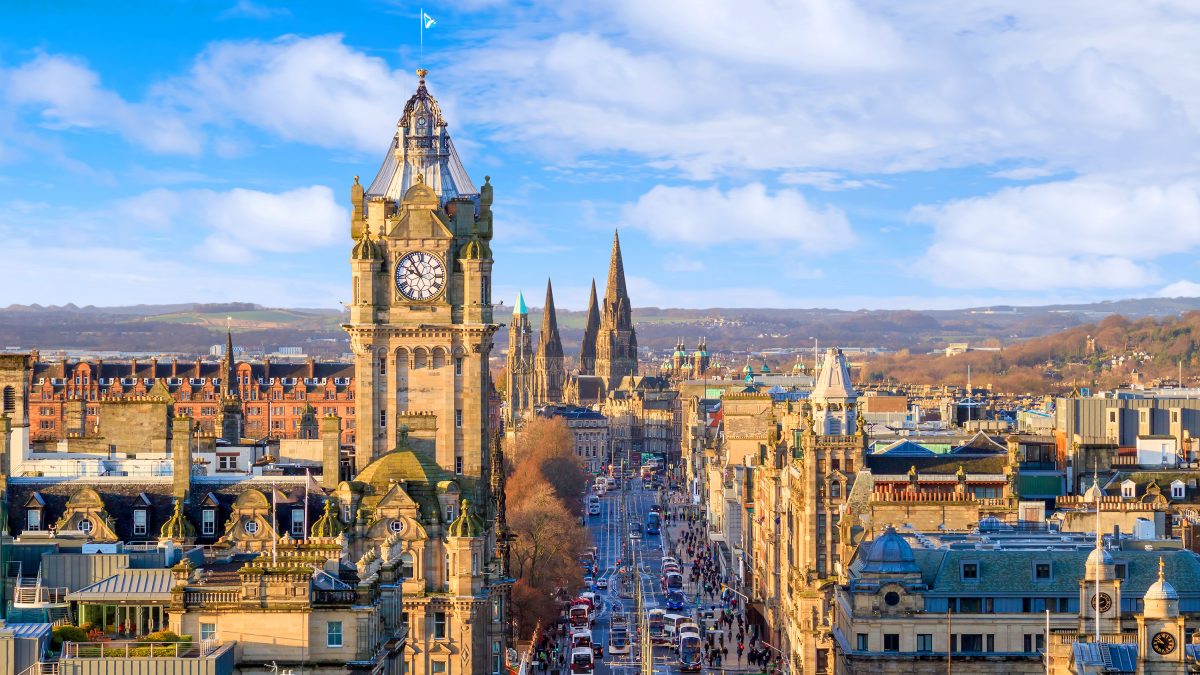 Transformational’ is a word often associated with the fast-moving tech sector but seldom do we appreciate the positive human impact that connectivity can have on people’s lives.

For David McNeill, Digital Director of the Scottish Council of Voluntary Organisations (SCVO), little did he expect that most of his digital aspirations – which he timetabled to try and achieve over the next three years – would be realised in just six months.

Just a month before lockdown, he and SCVO colleagues gathered to map out how they would build on a near decade of work that had seen many achievements, not least the Digital Participation Charter – which promotes digital inclusion for some of society’s most excluded members.

As I talk to him via a Zoom link, he recounts the February meeting where the discussion centred on building digital capability within Scotland’s third sector, which seeks to aid the way frontline community and charitable organisations work to help some of the country’s poorest people.

At its heart is the notion that digital inclusion is a means of helping narrow so many gaps between the most and least deprived, be it for economic and social justice or education and healthcare.

McNeill says: “I think the barrier to digital adoption or transformation in the past – or the success – has been driven by leaders buying in and investing in an entire change process. Lots of people were fine in the past with keeping things the same as they’ve always done things.

“But I think with the pandemic there’s been a need to get things done, and the needs of people have been kind of obvious. There’s been a need to do it more rapidly and find ways round any barriers that existed to collaboration before. Everybody wanted to play to their strengths.”

He added: “There was a need to change. But we’ve described it in terms of evolution; it isn’t so much a transformation, you need to evolve and adapt to how people are using the online technology that’s available.”

In practical terms that meant SCVO quickly supporting initial attempts by government and the private sector – back in April as the Covid-19 crisis took hold – to reach poorer members of the community who had been more isolated than others, because they had no internet access.

According to official estimates – in the Scottish Household Survey – 88% of households in Scotland now have internet access, but the digital divide is widest in the poorest communities. Drilling down, the data shows access is just 82% for the poorest parts of the country compared to 96% of the most affluent.

With formal assistance yet to take shape, SCVO took advantage of a couple of small scale funding packages to help identify some community groups which could take advantage of a nascent digital device distribution programme. Both Govan Housing Association and Glasgow Disability Alliance reached out and received 15 and 40 4G enabled Android tablets respectively, with SIM, to start getting them to the people who needed them.

The idea quickly took off within the Scottish Government’s digital team and, supported by the tech trade body ScotlandIS, the programme quickly morphed into Connecting Scotland – which would turn into the biggest distribution of technology in Scotland’s history. Initially it started as a call to action, McNeill explains, whereby third sector organisations could sign up as ‘Digital Champions’ – a peer-to-peer network of frontline workers who wanted to help their clients get online during the worst of lockdown.

“They knew it was an important issue to solve,” says McNeill. “They had started it before any funding became available.”

A second pilot took place with children’s organisations; 100 Chromebooks were distributed to Children First and Aberlour each, to try and reach excluded families. That began to get a big bigger and in May the Scottish Government – impressed by early results – announced its first big investment of £5m into what became Connecting Scotland.

As the programme took off in May, SCVO opened up its first raft of applications and – working with over 450 organisations – started to work with all 32 of Scotland’s local authorities to get a 50/50 split of Apple iPads and Chromebooks to 9,000 households across Scotland. Backed by a central procurement arm in government, the distribution went directly to the third sector organisations who were able to get the devices straight into the hands of those who most needed them.

Digital training and support was offered to the champions – some of them not all that familiar with technology themselves – in order to show their clients how to use the devices, backed with starting guidance on recommended apps and internet safety. Apple iPads tended to go to the more elderly groups, McNeill said, owing to their perceived user-friendliness, with the Chromebooks going to working age or young people. Some smaller organisations would maybe get one or two devices, and very large housing associations or health and social care partnerships (HSCPs) would get hundreds. The devices came with free data for 12 months, six months worth of help from the champions – who were “trusted” by their clients – and a freephone number to call for technical support.

The effect has been transformational, McNeill adds, citing a few examples of how receiving a device has literally made a fundamental difference to people’s lives. In Orkney, he says, someone who had previously had to travel to the mainland for treatment for a health condition could now engage with their clinician in Aberdeen online. A particularly heart-rending case was a family who had previously had to rely on a small mobile phone with a cracked screen to do the child’s homework. McNeill later sends a presentation with other cases which show adults who have been able to pursue further education, others finding jobs because they’ve been able to access the online market and one child who said, “Mum, things like this only happen for Christmas.”

Connecting Scotland has already been expanded twice and an announcement only this week has seen the funding pledge reach £43m with the aim to get 50,000 people online by next year. The current phase two window, focusing on care leavers and vulnerable families, will close on October 5, but already there’s a nationwide network of 1,309 Digital Champions who are helping to narrow the digital divide.

McNeill says: “I didn’t think this would be how the year would go but we’re just delighted to be part of the big movement to tackle it and to make a real difference to those 50,000 households who wouldn’t have been able to get online. Because I can’t imagine what life would be like for me without an internet connection and a device to do this.”

He added: “I think Connecting Scotland is the big initiative but I think it’s also important to recognise that there’s other stuff happening in local communities; for example Nominet have just launched their Reboot programme which helps local community groups do device refurbishment.

”People Know How in Edinburgh have done refurbishment of hundreds of devices to give out to vulnerable people and there’s been emergency funding from Scottish Government and independent funders like the Wellbeing Fund provided kit and connectivity to people as part of an emergency package.”

At the moment the connectivity package has been centred on devices and mobile SIM data; moving forward, once the current programme has been assessed, there may be scope to support fixed line broadband services being installed. McNeill believes housing associations have a ‘big role to play’ in that aim. As a separate arm of the Connecting Scotland programme, local authorities have been sent 25,000 laptops to help reach some of the country’s most disadvantaged young people, in order to support their ability to continue their learning at home.

McNeill says: “It may have been easy to assume everyone was digitally connected before the pandemic because of the prevalence of smartphones but I think this crisis has exposed that digital divide, and it would be really hard for anyone in the future to not think that digital exclusion was an issue. It might be a minority but everyone has a responsibility to consider it as part of what they’re doing across all sectors. For the vast majority of people it has been transformational for their lives and I think that legacy will continue.“

Digital and IT boost included as part of £4.25m funding package for domestic abuse services