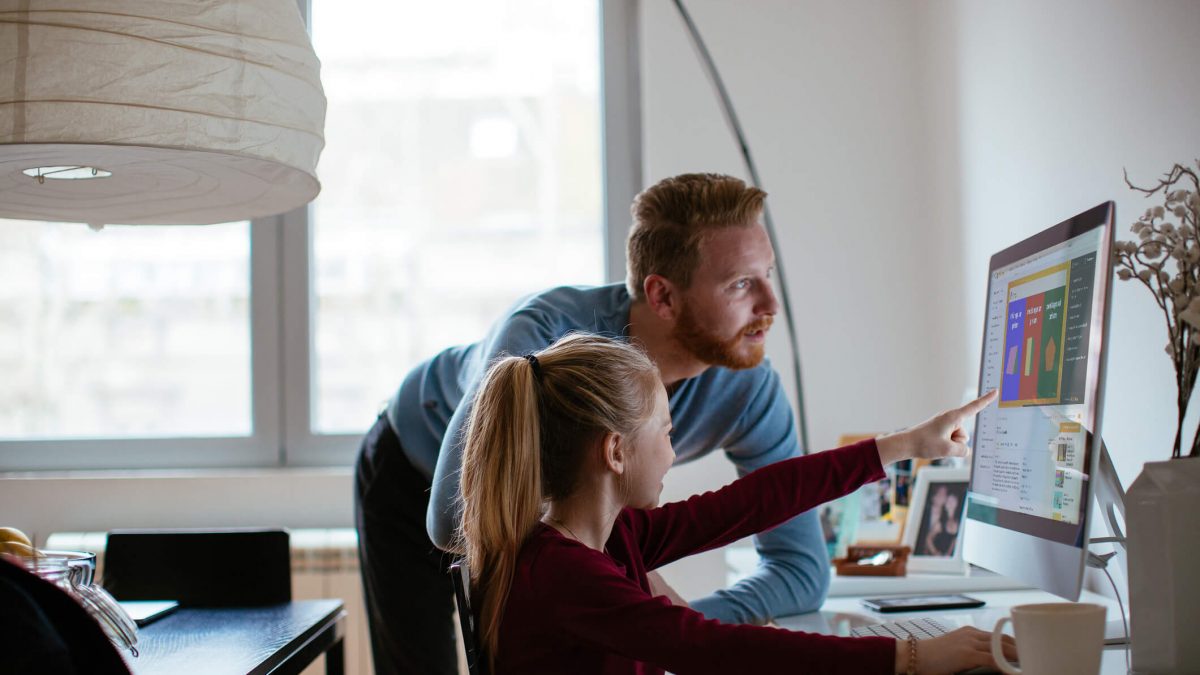 “It’s all about creativity, collabora- tion and problem solving,” said Jenny Watson, head of Middleton Park primary school in Aberdeen. She was speaking about her pupils’ use of iPads, MacBooks and applications in Live Learning, a programme that the school has run for the past three years. “It’s pupil led, a whole school approach, with pupils developing and sharing their learning – we started with P7 and then they went into the other classes to teach them – and it’s also very much about engaging our parents and our community.”

The brief of Live Learning was to raise attainment across the school by empowering pupils to consistently share their learning with a wide audience using creative digital learning. This game-changing approach has achieved striking results. Not only are the 200 plus pupils striving academically, with significant increase in attainment across the curriculum, but they are also extremely confident and self-aware. They understand the benefits and joys of learning and show immense pride in their school, said Watson.

Watson had previously led a literacy project at an Apple regional training centre and with this knowledge and expertise, she began a programme of training within her own school. This included ensuring that pupils took the lead in Live Learning. Pupils create their own films from their ‘digital pencil case’, effectively using a range of apps including iMovie, Tellagami, Explain Everything, Morpho, Book Creator to both articulate and apply their learning. They also create films to support younger children to develop their learning.

Each week, classes create and edit a film which is uploaded to Vimeo, the video sharing website, and parents are alerted via a link sent out through Groupcall, the education communica- tions company co-founded by Sir Bob Geldof. “It’s a great way for us to share what’s been going on in the school,” said Watson, who was speaking at EduTech 2016, FutureScot’s technology in education conference. “We never teach the children how to use the apps to create the content; it’s all about using the apps to share their learning.”

Examples include a film made by the P5 class for the P1 class about fractions, using I Can Animate from Kudlian Software, a partner of Wallace & Gromit creators Aardman Studios. The P2 class used the Tellagami app for a project about the Vikings. “Perhaps the most ambitious was our P7 class who did a collaborative project – Macbeth with a school in China,” said Watson. “We divided the acts between the two schools and our children started talking about going outside for the witches scene, and they wanted to use a drone so that the children in China could see the landscape of Scotland.

“When they came to film it, we hadn’t realised the drones would be quite so noisy so there was a lot of problem solving around voiceovers and green-screening. We are a typically very busy primary school and hadn’t had time to learn all the words, so we were holding up paper with lines on for them. So we sent it over to China, at the same time as we got their one back which was Act II. Their film was 10 minutes long, on a stage, absolutely word-perfect.

“Our children’s chins were hitting the table. They couldn’t believe they had learnt 10 minutes of dialogue in one take: ‘We have to up our game,’ they said. The reply we got back from China was: ‘We can’t believe all the technology and creativity you have used in your film.’ I just can’t think how better we could have done that with our pupils; the contrast of two different cultures and the shared learning.
“In creating these films the pupils had to not only understand the play but act it out, film it, talk in Mandarin, add sound effects, green screen, do voice overs and add music. They had to review, edit, make changes until they were happy with their finished film. This innovative way of delivering the curriculum results in a depth of knowledge and understanding of the subject matter that is remarkable.

The P7 pupils’ ability to discuss Macbeth was at a level far beyond that we normally expect at their age.
“The children love the Live Learning programme because it’s for a genuine audience. It’s for a purpose; it’s never just about the technology, it’s always about high-quality learning and teaching.”

The school has a growing library of more than 250 films which have been watched by 90,000 people in 115 countries. “For me it’s a very smart way of learning. It gives a fantastic bank of evidence. It also now gives us a very powerful bank of resources. What started off as a way of developing learning, is now also providing us with materials which can be watched by different classes to help deliver the curriculum.

“The parents absolutely love it; it’s a window into the school. I keep waiting for the stats to drop off, but they don’t. When we started, a few parents didn’t want their children to be in a film, which was fine, we worked around that – but now, they have all signed up to it,” said Watson. “Live Learning has created a community of learning that reaches all stakeholders.

Pupils are now far more aware of learning and the progression of skills across the school. By sending the films home, we are also reinforcing the learning and sharing it with parents. Parents are better informed, more engaged and have a huge pride in the growing collections of films that their children have created.”

Data over the last three years shows a significant increase in attainment. Following an inspection in February this year, Middlepark was hailed as one of the best schools in Scotland by Her Majesty’s Inspectorate of Education. They cited outstanding writing and attainment in mathematics across
the school. Pupils were confident, engaged and enthusiastic; they have the confidence to take risks and know that mistakes are not a failure, but a way of learning. Live Learning was identified the key driver in the school’s journey to excellence.

Inspectors awarded Middlepark 11 out of 12 excellent quality indicators, which determine the success in meeting the aims of the Scottish Curriculum for Excellence, in developing effective contributors, responsible citizens, suc- cessful learners and confident individuals. They said Live Learning and the “outstanding use of digital technology to develop and share learning’’ was pivotal in the transformation of the curriculum.

This year, the school was the winner of the UK’s Creative School award at the national TES Awards. The judges said: “An innovative curriculum model that has children ‘live’ in their learning and embraces fresh ideas, make Middleton Park the natural winner in this category. The impact of everything that this outstanding school is achieving is clear, attainment has increased across all stages and pupils are highly engaged and enthusiastic about their learning.” The school was also recently awarded gold in the best learning technologies project – public and non-profit sector – at the LTAwards. The judges said the entry was “inspired and inspiring”.

For teachers, the training has been embedded in the school’s continual professional development programme with monthly ‘Technology Bites’ sessions that allow staff to share successes, challenges and highlights. This is enhanced by support from Aberdeen City Council’s Learning Technology Team and external courses. Over the three years, the confidence and skills of the staff has been transformed and they regularly share their expertise locally and nationally.

Professor Cutts said that our experience of computing covers a spectrum that begins with apps that are easy to use and have a narrow purpose and ends with the ability to use programming language, that can achieve an infinite number of tasks. In the middle are suites of software that people use, partly by intuition and – depending on a person’s knowledge of computing principles – partly based on knowledge of how a programme works. He pointed out that despite the progress made in hardware and applications, the basic principles that underpin computing have not changed. One of the challenges and opportunities for the education system, he said, was to try and bridge the gap between ‘power users’ and those, when confronted by computing principles, are ‘like rabbits caught in the headlights’. “The possibilities of compu- tation, understanding that, drives the whole economy,” he said.

Professor Robertson cautioned against the notion of technology as a panacea for the gap between children in educational attainment; recent detailed research had concluded that the reality in schools is “considerably” behind the promise of technology and that the evidence is “not convincing” for the general impact of digital technologies on learning outcomes. Robertson said: “This matters because teachers have a finite amount of time and so [they] have to channel their time effectively and if technology is not being effective then you have to consider, is it worth using?”

More reports from EduTech 2016 at futurescot.com/edutech-2016