Home > GovTech > We must be smarter about how we utilise tech across public sector, says Scotland’s Digital Director 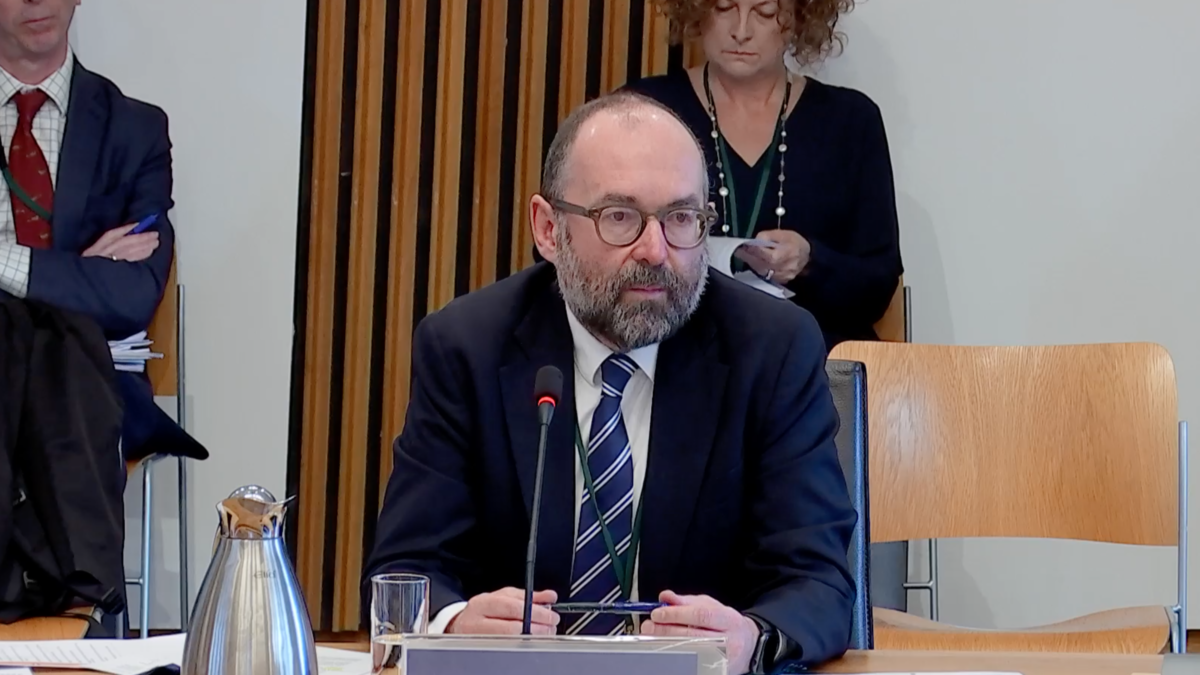 We must be smarter about how we utilise tech across public sector, says Scotland’s Digital Director

We must be “smarter” about how we use existing technologies and infrastructure across the public sector to develop new services, the digital director at the Scottish Government has said.

While giving evidence on major ICT projects to Holyrood’s public audit committee, Geoff Huggins said that Covid has highlighted that the government can and should utilise software which is readily available to produce solutions at pace.

He said: “Covid showed us that with things like the Covid status app, we could move very quickly, where we used a series of off-the-shelf components, which we already had. And the challenge became assembly of those components, and testing and user testing to actually deliver them in practice.

“And with that, that meant we could have both confidence of the robustness of the technology quickly, but we could also take it from a request to delivery in three to four months without an extensive business planning process, without 16 gateway reviews.

“That approach of thinking – being smarter about how we use existing technology and infrastructure – I think is key to the next five years of public sector technology.”

Huggins also pointed out a need to “standardise the processes and technologies” being used across the public sector to respond to challenges.

“We do relatively few different things through technology. We pay people, we record information, we make assessments, we share, we notify people, we inform people, but we then tailor those to very particular services,” he said. “So whether that’s in social security, in education, or in justice, and the key element of that is – we need to increasingly standardise the processes and technologies that we’re using to do those different things.”

Speaking in the context of the failed Police Scotland i6 programme to deliver an integrated IT system  – which collapsed in 2016 due to a “loss of trust and disagreements” – Willie Coffey, SNP MSP for Kilmarnock and Irvine Valley, asked Huggins if he could guarantee that all 500 IT projects that are currently underway are “well-defined and capable of being delivered on time and on budget”.

Huggins responded by reflecting on some of the main challenges faced by projects.

“We see the challenge of changing requirements, in that, as time moves on, people think differently about the objective that they’re looking to secure. And that requires good programme management to understand the degree to which those are reasonable adjustments to make, or whether you need to hold to the original requirements.”

Another problem is the skills shortage, with organisations struggling to recruit people with the right digital skills to implement projects – “although we’re doing good work to address that”.

On the overall state of projects, he said: “We’re probably in a better state than we were in two or three years ago. But this is an area where we need to continue to make improvement and I don’t think I’d be satisfied to say I’m content that everything’s fine… I don’t think I’m at all happy to say that. There will continue to be work that we can do to improve the quality and robustness of the work that we do.”

Asked if he could give an assurance that “we’re not likely to see another i6 any time soon”, Huggins said: “The processes that we have in place are designed as such that should we have good actors and appropriate attention across the system, in 100 plus organisations, it makes it less likely that we would have such an event. But, if you were asking for a cast iron guarantee that it won’t, I would be reluctant to give that.”

Joining the meeting virtually, Conservative MSP Craig Hoy asked Huggins what plans there were to implement the suggestion in Audit Scotland’s 2019 ‘enabling digital government’ report, which analysed the digital strategy published in 2017, to appoint a single individual to oversee government ICT projects – a recommendation which was accepted by the government at the time. “You’re the director digital – is that your role?”

Huggins said the digital directorate, which provides centralised IT services for government,  doesn’t view ICT projects as separate from the delivery of services. He said ICT projects should be “woven into the business model” of public sector agencies.

For that reason, he said, accountability for ICT projects needs to sit within the accountability structure of organisations – requiring the person who is the “accountable officer” within that organisation to be thinking about digital as part of his or her “armoury” in how they deliver change.

He added: “I think there’s a real risk that should you decide to allocate all of that accountability to myself, first of all, I’d be very busy, and would probably never sleep, but also… it means that those people who are actually closest to the action wouldn’t be discharging their accountability functions in an appropriate way.”

Asked by Hoy if this meant the government had “discounted” the recommendation, Huggins said: “I don’t think that we should be divesting accountable officers who are responsible for delivering services from the digital components of that service. I think that would be a wrong step.”

Providing an update on the governance and management structures for overseeing the delivery of the digital strategy that was published in March 2021, Huggins revealed that the central government digital transformation board was being reformed and changed.

A new ‘digital board’, which brings together senior directors within the Scottish Government, along with representatives of the non departmental public body’s and the delivery agencies, is being formed. Its first meeting will take place in June.

He said: “The intention is that then will also it will be the staging post for the material that goes to the ministerial consular group in terms of confidence about delivery, but it will also look at the horizontal issues – the things which we need to do across government, in respect of many commitments and many projects.”

Service Design and Delivery for a Digital Scotland