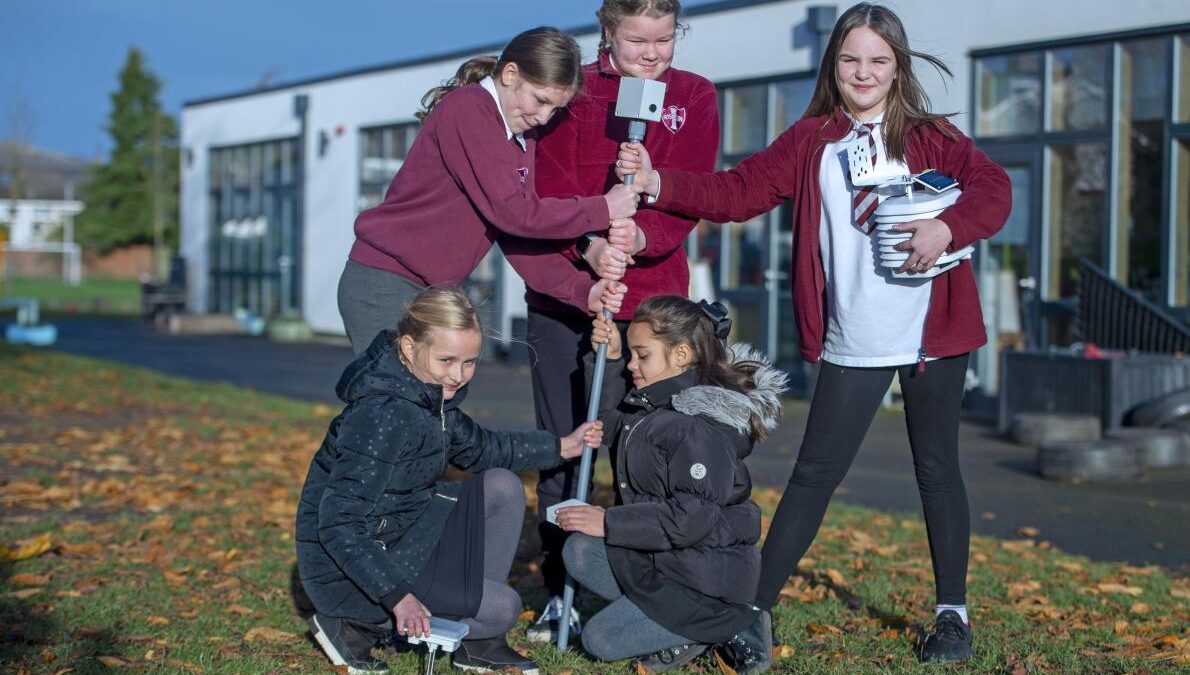 A “world-leading” £9.5 million initiative that brings the latest smart technology into classrooms has been launched by a Scottish University to help pupils prepare for a data-driven future.

Primary and secondary classes across south-east Scotland will learn how to interpret large quantities of statistics produced by sensors tracking environmental conditions in their schools.

The University of Edinburgh scheme, backed by the UK and Scottish Governments, will introduce pupils to the so-called Internet of Things (IoT) – networks of devices capable of collecting and exchanging a vast range of data.

Learning how to make sense of the data will not only enable pupils improve their school environment but also equip them to navigate an increasingly complex digital landscape. It will also help to prepare them for work in new data-driven industries.

Some of the institutes involved in the project will also receive outdoor air quality monitors, soil moisture sensors and weather stations.

Each device will be linked to a high performance computer at the University of Edinburgh, where the raw data will be converted into graph form, which pupils can readily access.

This prime example of the IoT in action means that students – accessing graphs on laptops, tablets or a PC – can make informed decisions that will help create optimum learning conditions in class.

Sensor readings might suggest, for instance, that improving oxygen or light levels in a classroom would boost pupils’ alertness during lessons.

Outside of the class, analysis of playground air quality might highlight that steps should be taken to reduce levels of exhaust fumes at the school gate.

According to the project’s leaders, the overall aim of the IoT project is to help the kids of today become “the data citizens of tomorrow”.

The IoT programme has been piloted at two Midlothian schools – Roslin Primary and Newbattle High – is part of a wider ‘data education in schools’ programme.

So far, pupils and teachers at Roslin and Newbattle have worked with engineers, data educators and technologists to design a range of classroom solutions.

Now the project will extend to every school in Edinburgh, the Lothians, Fife and the Scottish Borders. Support will be available to pupils and teachers through the Data Education in Schools Team at the University.

Iain Stewart, UK Government Minister for Scotland, said: “The UK Government’s £260 million support for Data Driven Innovation around Edinburgh is equipping people with the skills and knowledge to make the most of an increasingly data-driven world. This fantastic programme gives students the tools they need to learn about data and use it to improve their school environment.”

The IoT project is being funded as part of the Edinburgh and South East Scotland City Region Deal. The Deal, announced in 2018, aims to drive growth across the region and includes investment in skills and employability, transport, housing, innovation and culture.

A key objective of the £1.3bn Deal is to make Edinburgh & South-East Scotland the ‘Data Capital of Europe’.

Professor Judy Robertson, chair of digital learning at the University of Edinburgh, says data skills development is relevant across all curriculum areas, topics and themes.

She said: “Data has been hugely significant in decision-making around Covid, but it influences many areas and having the skills to use data effectively and responsibly is increasingly important.”

With a bombardment of information – swelled by smart phones, social media and online selling – comes a demand for meaningful analysis, which the programme is seeking to address.