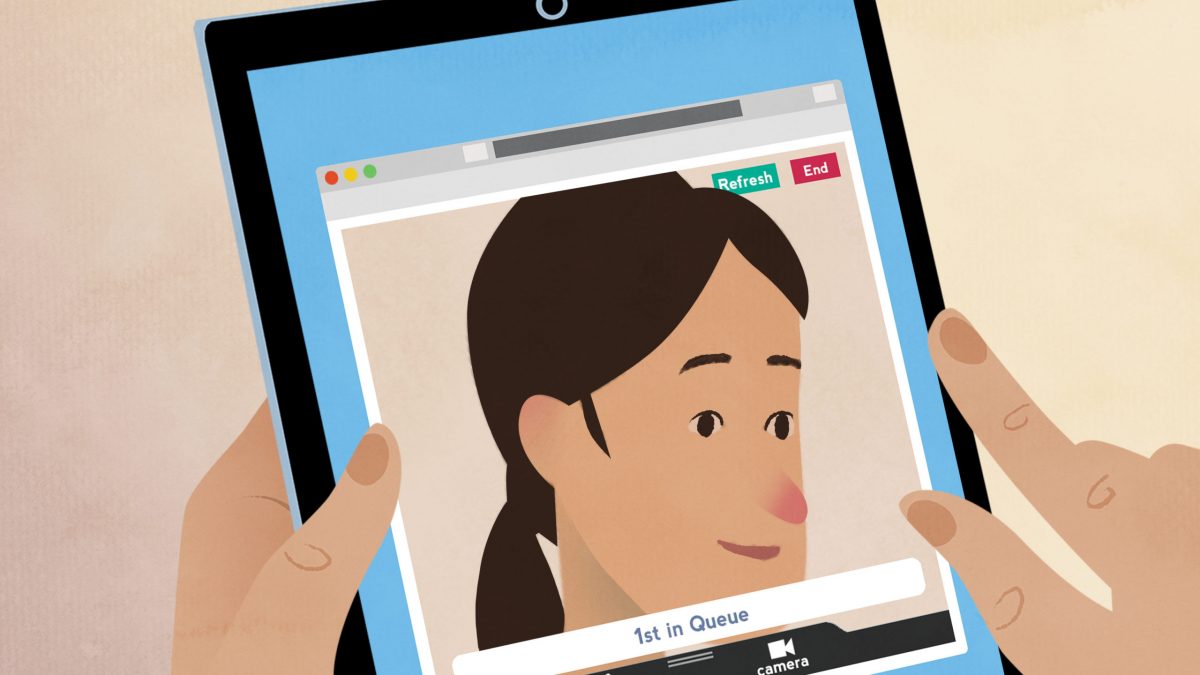 Before Covid-19 hit, a little-known video consulting platform was used by doctors to connect with patients in the more remote areas of Scotland.

NHS Near Me, or the Attend Anywhere service as it was known at the time, had regular weekly traffic of around 300 consultations per week, and it was considered a success.

As of December 2020, that figure is now running at 19,000 consultations every week, with more than half a million appointments now having been carried out online. And it is not just GP use; the platform has been expanded into social care, mental health, nurse practitioner and community health work as needs have arisen.

Hazel Archer, from the Scottish Government’s Technology Enabled Care Programme, who heads up the service, said: “Having carried out over half a million appointments is a significant and symbolic milestone. A scale-up of such magnitude has not been seen before and it’s testimony to how it’s been co-designed and delivered.

She adds: “I would like to thank everyone across all the health boards and health and social care partnerships, social care, and third sector who have worked so hard to make this happen. We have been focused on offering choice and making services more accessible. We have made a lot of progress but we are focused on continuous improvement.”

Such has been the impact that it is unlikely that medical practice will ever return to the normal way of doing things. Health secretary Jeane Freeman signalled as much when she told the Health and Social Care Alliance Scotland’s annual conference that the digital means of communication was here to stay.

She didn’t go as far as Westminster health secretary Matt Hancock, who had called for appointments to be “digital by default” but she said the gains that had been made through Near Me had been “hugely positive” as an alternative to face-to-face appointments which had become extremely challenging to fulfil in a pandemic.

Freeman said: “So the BMA [British Medical Association] are are very clear on this, the Royal College of General Practitioners are very clear – and I think they’re right – there is a big space for digital that works for very, very many patients and GPs, but that shouldn’t knock out face-to-face.”

Dr Andrew Cowie, deputy chair of the BMA’s Scottish GP Committee, added: “It’s fair to say that we will need to embed the kind of digital innovations that have supported more remote consultations throughout the past few months. These are necessary to cut down footfall in GP practices, and reduce the risk of transmitting Covid-19 in waiting rooms.

“However, in some cases the only really effective way to assess a patient is face-to-face, for example patients who require physical examinations, or those who are hard of hearing. There are also patients who do not have easy access to the devices necessary for consultation at a distance.

“For all these reasons, as well as patient preference, we hope to gradually increase the number of face-to-face consultations as it becomes safe and possible to do so. In those circumstances GPs need continued and assured supplies of PPE for the long-term – something which improved significantly after a slow start earlier this year.”

Near Me was given a shot in the arm when it received a £25m funding boost as a result of the Scottish Government’s infrastructure investment plan.

The investment was earmarked for the system development required in response to the surge of usage for the service, which is based on Australian technology platform Attend Anywhere, which launched in that country in 1998.

It represented a spending commitment in excess of 100 times over and above the sum the service received for its largely rural deployment in 2019. In that year, GP practices across Scotland received £9m to upgrade their premises and IT systems, of which £200,000 was assigned to supporting the deployment of the platform.

The Skype-like service has been used remotely by a range of clinicians, including GPs, physiotherapists, nurses, psychologists, dieticians, occupational health and community care workers. It is also being expanded into acute medicine with a growth in use by hospital-based clinicians for out-patient appointments.

The rollout has been further supported by a digital programme being carried out by NHS 24 – the inbound response handling service for the NHS in Scotland – to equip GP practices around the country with the design of local practice websites.

Dr Laura Ryan, Medical Director of NHS 24, told the health and sport committee at the Scottish Parliament recently how the gp.scot resource has now reached 60 practices in Scotland. She said: “The initial plan was to implement the initiative in 30 practices but during Covid we have been able to scale that up to 60 practices. That specifically allows for alignment and visibility so that the end user – the patient, or anyone who is using the practice on the patient’s behalf – can immediately access all the NHS Inform resources.”

Looking ahead, it is evident that despite issues that remain with the digitally excluded, more and more health and care services will be delivered online.

Research conducted by the Near Me team has provided perhaps the biggest indication that there is a strong preference for it to continue. A government-backed evaluation of the platform among 5,000 users, found that 87 per cent of the public and 94 per cent of clinicians thought video consulting should be used for health and care appointments, providing it is “appropriate for the consultation”.

Key findings showed the public stated a small preference for use of video over phone consulting both during periods of physical distancing for Covid-19 and afterwards.

Health professionals identified a wide range of potential uses for Near Me but a clear preference was identified for use of video consulting within the ongoing management of conditions (for example asthma, mental health conditions, various out-patient follow up appointments) rather than in undifferentiated diagnosis (for example the first presentation of abdominal pain).

Some of the main barriers highlighted were poor internet connectivity, lack of access to devices and privacy concerns; and for practitioners they cited fears about “missing something important” in a call. In terms of inclusion, some groups highlighted language and communication barriers, a lack of adequate resources and support for people with learning or physical disabilities, all of which will be a focus for policymakers in due course.

‘IT issues’ cause Covid data glitch at Public Health Scotland