Home > Health & Care > ‘Precision medicine’ is about to get extremely close up. And personal. 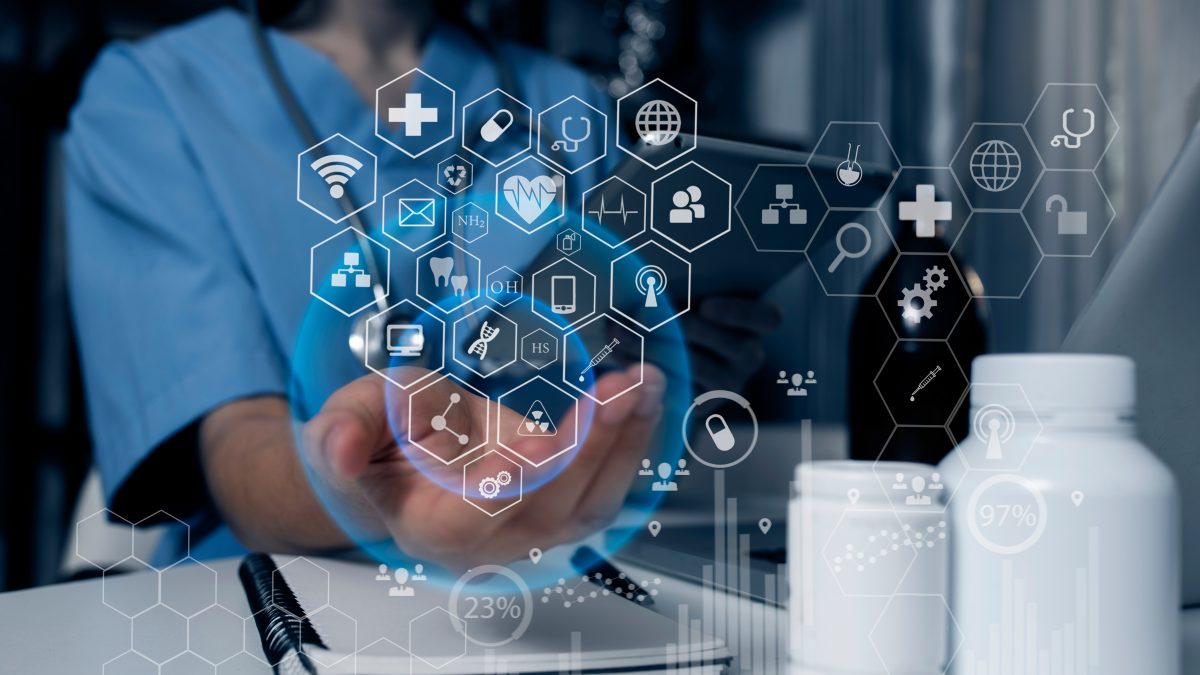 Software developed by Edinburgh-based Toshiba Medical Visualisation Systems can help show the human heart pulsing in 4D, and in real-time

In a small office in Edinburgh a team of scientists and software engineers are changing the face of global medicine. If you think back to just a few years ago, images of the human body were viewed on X-ray film held up to the light. Grayscale, one dimensional and difficult to understand. No longer.

Thanks to the work of imaging and data visualisation specialists within Toshiba Medical Visualisation Systems, which has links to Edinburgh University’s world-leading School of Informatics, images of the disease process within the human body are becoming ever clearer. From 2D, to 3D, and now 4D in just a few short years, progress has been rapid, and the consequences represent a major shift in how clinicians such as cardiologists, can treat patients, according to the company’s President, Dr Ken Sutherland.

“If you look at how we can now image the heart, you can see it in lots of dimensions,” he explains. “You can even see the valve opening and shutting in real-time. It’s amazing, it’s literally amazing to see that.”
Sutherland explains how these images allow specialists to see inside the body and take much more precise measurements of the heart’s function than they could before. They can look at its volume, and how that changes while the heart is beating, and its efficiency as a pump, allowing them to spot when a “leaky valve” reduces that effectiveness – and to take action accordingly.

“We’re doing genuinely world-leading work,” he says. “Which is great for Edinburgh; yet again we’ve got five universities in top 200 in the world. It’s well beyond what you would expect for a country of our size.”
While the change in medical imaging has indeed been rapid, there is also change afoot within the company itself. It was acquired by the Japanese tech giant some years ago, and is now facing a fresh overhaul. Although the deal is yet to be finalised, the firm is in the process of being taken over by Canon (another Japanese tech giant), following a well-documented accounting scandal around 18 months ago within Toshiba.

“We’re transitioning from being part of Toshiba corporate to Canon corporate,” Sutherland explains. “It has caused a bit of uncertainty and caused us to pull back from a couple of things here, but what I want to do is to make sure the general public and business community in Scotland know we’re alive and well.”

In fact, the company is in rude health. As part of Toshiba Medical, it was one of the few parts of the Toshiba business that was profitable and growing. Its imaging systems are in virtually every single hospital in Scotland, and it is exploring new opportunities within both the medical imaging systems it currently provides software for, but also for a new and emerging part of medicine: so-called ‘stratified medicine’.

“We’re very much at an investment phase now,” says Sutherland. “There are lots of things we can already do, and can do better, and there are new areas we think are going to change the shape of medicine in the next three to five years. Stratified medicine, or precision medicine as others call it, is a potential game changer.

“Essentially what it means is stratify- ing your patient population, looking principally at the genetics of the population and then steering people down different care pathways depending upon their genetics. Today, clinicians think about diseases as one disease but in reality you and I could have the same chronic ailment like hypertension or diabetes but the actual cellular mechanisms at play in our own bodies could be significantly different, even though the symptoms are very similar.”

Sutherland explains that emerging science will potentially allow patients to be treated more precisely according to the particular variant of a condition they may have, and therefore that will lead to a demand for imaging systems to become ever more accurate.

“We imagine in the not-too-distant future that the clinical decision making process will change and we’re saying that people will want imaging to be more precise, so that means higher resolution images, which enable us to look for early indicators of disease. So it’s those underlying cellular mechanisms we will try to image for.”

WIth the future focus also likely to be on the increased collection of patient data, allowing real-time monitoring and, in some cases, patients taking a more prominent role in the management of their own long-term conditions, Sutherland – who is also keen to recruit the data scientists that can make this happen – sees an expanded role for companies like his.

“Our core business now is imaging but in three to five years I think it will be imaging and other data, including analytics,” he says. “We already have a collaboration in place with Glasgow Uni/QEUH which has a fantastic reputation in stratified/precision medicine. Through this collaboration we’re investigating next-generation software tools that will exploit imaging within a precision medicine model of healthcare. And from just a relatively small team in Edinburgh we have the potential – as part of a much bigger international company – to take our work and export it to healthcare systems around the world, which I think is really something worth celebrating.”

‘I rose above the clouds to see ... Michael Fassbender floating in front of me. And Melissa McCarthy leisurely gliding past on my right’