Home > Tech > ‘I rose above the clouds to see … Michael Fassbender floating in front of me. And Melissa McCarthy leisurely gliding past on my right’ 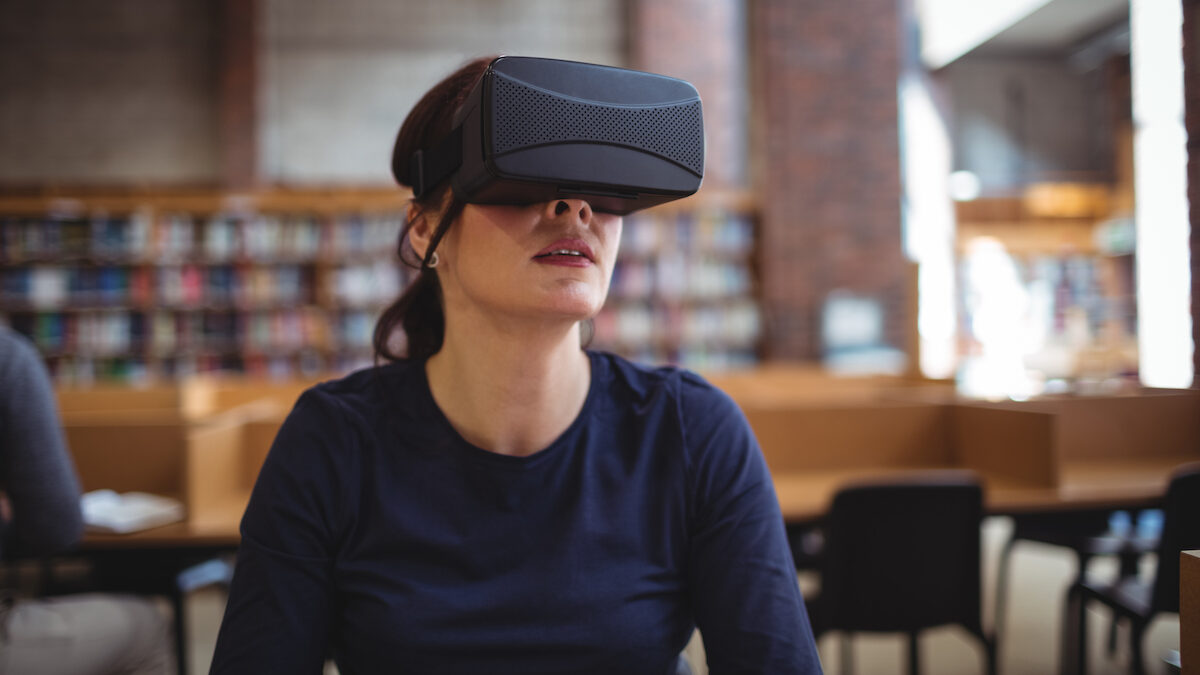 ‘I rose above the clouds to see … Michael Fassbender floating in front of me. And Melissa McCarthy leisurely gliding past on my right’

To some, virtual reality may seem like no more than a gimmick, but after a trip to the Edinburgh Digital Entertainment Festival’s Virtual Reality Studio this summer, it’s clear that it is here to stay and that it is already changing the way we consume news and documentaries.

The Edinburgh Digital Entertainment Festival (EDEF) was the latest addition to the wealth of festivals and events that the city plays host to every August. Offering, in their own words, a combination of “arts, entertainment and technology”, it aimed to “showcase the best of what is happening right now and provoke the conversation about what comes next”. It comprised a street cinema hosted in a lorry, games workshops and a tech hub offering the chance to interact with ‘future’ tech.

I, however, had come there for one thing and one thing only: virtual reality. When I was younger, virtual reality seemed like the kind of impossible technology that was the reserve of cheesy 1990s movies wanting to seem futuristic.

Case in point: one gloriously strange episode of Murder She Wrote features Angela Lansbury’s murder mystery writer/solver writing a virtual reality game entitled ‘A Murder at Hastings Rock’ for a VR headset start-up. Suddenly, with the meteoric rise of Oculus Rift and VR headsets like it, that Murder She Wrote episode has gone from laughably unlikely to not far off the mark.

The EDEF VR studio offered the chance to “explore innovative documentaries, playful animation and hair-raising experiences”. After having chosen my first film at random, I was transported to a city street at night, surrounded suddenly by traffic and the soundscape of a bustling city.

I barely had time to look around, familiarising myself with the seamless 360 view, before I rose through the air, seeing the street I had just been standing on grow smaller and smaller and eventually disappear beneath me. As someone with a moderate fear of heights, this was a tense yet thrilling experience.

I rose above the clouds to see … Michael Fassbender floating in front of me. And Melissa McCarthy leisurely gliding past on my right. Needless to say, my first choice of film had been one of the stranger offerings on the programme. After hanging out with celebrities in the sky, I worked my way through the rest of the programme, experiencing everything from swimming with dolphins to being taken on a tour through the Calais migrant camp.

Though many of the films, like a trip up the very top of the One World Trade Center, seemed to be there mainly to showcase the thrillingly immersive nature of the VR headset, my biggest take-away from the experience was how well suited the format was to documentaries.

Putting the viewer inside the story you want to tell makes it so much more real. The empathy that I imagine so many documentary makers want to elicit from viewers comes much more easily when it feels like you’re standing right next to the person telling their story. Even major news outlets have caught on to this, with The Guardian producing a VR experience of a 6×9 feet US solitary confinement cell.

Regardless of whether you prefer using VR to take thrilling rollercoaster rides, play games or to experience the battle of Falluja with The New York Times VR app, virtual reality is here to stay. Now the real question is: What else did Murder She Wrote predict?

A multi-media approach to medicine