Home > Education & Skills > Back to school: How digital tools can transform learning in Scottish education 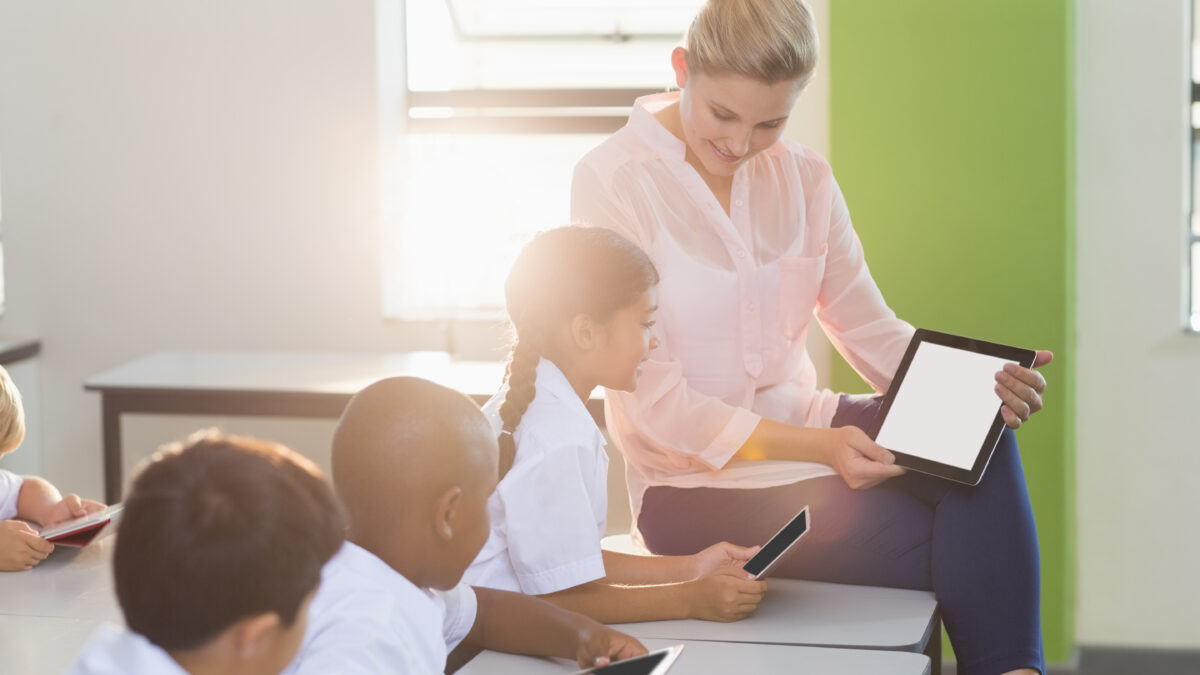 It is ‘back to school’ day in Scotland, and as teachers and students return to the classroom, many will be looking forward to an academic year hopefully less chaotic than the previous two.

But despite the disruption caused by Covid, digital teaching techniques have emerged after a faltering start, with teachers and students relying heavily on tech during periods of remote learning.

According to leading digital education expert Andrew Jewell, Scottish education has reached a “critical stage” and now is the time to preserve the lessons learned from Covid.

And with the education secretary’s announcement this week that the rollout of 700,000 laptops and tablets to every pupil in Scotland has begun, he is looking forward to a brighter tech future.

Jewell, an experienced teacher at the forefront of Inspire Learning – a programme in Scottish Borders responsible for distributing iPads to all teachers and children from early years to end of secondary school – believes passionately in the value of digital tools.

He says: “One of the great benefits of lockdown in terms of the remote period of learning was that it became a default position that everybody had to develop digital skills as a matter of priority. So we now have a kind of a broad base, if you like, of familiarity amongst our teachers with some really key digital tools for the classroom.”

The Apple education trainer, who helped lead the world’s ‘first’ ‘1:1’ iPad project at Cedars School of Excellence in Greenock in 2010, has also been involved in the ‘connected learning’ programme, which has seen iPads put into the hands of almost 70,000 pupils in Glasgow.

In the context of education, 1:1 refers to schools or colleges that allow each student to use their own digital device.

So, how can teachers and students alike get the most out of their new digital tools and skills this year?

When it comes to harnessing the power of tech in the classroom, Jewell stands by four central priorities – they are excellence, personalisation, collaboration and mobility.

Excellence is the guiding principle, he says. If tech adds “a variety of richness and depth and challenge to the whole learning experience” and “brings it to life for young people”, he believes “we should make use of every possibility to try and bring as much of that into our curriculum as possible.”

The ability to personalise one’s learning experience is another “huge benefit” that comes from giving young people the right digital tools.

Jewell says: “It could be simple things like accessibility features and being able to tint the colour of the screen if you’ve got dyslexic-type tendencies, or increase the size of the text across all your applications, or be able to strip out all the adverts while doing internet research.

“There is a whole suite of really powerful accessibility features now, which allow young people to personalise their devices to make learning more accessible for them. So again, that’s an incredibly powerful leveler, if you like, in terms of equity.”

Yet another way digital tools can enrich learning is through collaboration, which has “really been key over the course of the past year”.

Not only can learners produce collaborative features and documents or presentations via their devices, they can also participate in classes from the other side of the world.

Jewell shares an example. “We’ve run an art class, which was led by a team of artists from a company called Procreate, which is based in Tasmania, south of Australia. And that class was taken by young people in different schools all across the Borders.

“That’s the sort of thing that I don’t think we would ever have considered before [the pandemic] or would never really have thought was possible.”

According to Jewell, learning is no longer confined to the four walls of a traditional classroom and the mobility of digital tools offers great flexibility.

“Learning can take place, in a classroom, which could be a traditional classroom, but it could also be an art gallery, or a museum or your bedroom, or, you know, the bus on the way home or a coffee shop – wherever. Mobility is really important,” he says.

And the flexibility enabled by tech moves beyond geographic location. Students can now submit work in “all different shapes, sizes, colours, flavours from anywhere at any time, in a whole variety of different formats”.

This applies to all subjects, including traditionally physical and practical ones. Jewell says: “So even if you’ve been painting a picture, for example, at home with actual paints and actual art tools – there’s nothing to stop you filming yourself doing that, or taking a photograph and then marking that up at the end, to show the key visual skill elements that you’ve included, and then submit that to your teacher for feedback.

“Even at that kind of level of creativity, there is now the potential for digital skills to be really involved in the very heart of it.”

Work which has been written out by hand can also be submitted in a digital format, giving students more choices than they have ever had before and leading to feedback which is “more meaningful to the young person”.

Likewise, digital tools offer a variety of ways for teachers to provide feedback, whether it is via Microsoft Teams, Microsoft OneNote, or educational apps like Showbie.

According to Jewell, this means that feedback to a young person can now be given “almost instantly”, and at a “much deeper, richer, level” than it was in the “old world” when students had to hand their jotters in to get marked.

Thriving in a digital economy

On a national level, Jewell is optimistic about the future of education technology in Scotland.

“As a nation, we are small enough to do a big thing. And in this context, I believe really passionately that with the right strategic planning, we have all the elements to do something really exciting,” he says.

As well as a special focus on strategic planning when it comes to the rollout of digital devices – which he would love to see built around his four priority areas – he is keen for the government to utilise examples of good practice and share them with the country as a whole.

And there are plenty to choose from. Castlemilk High in Glasgow made headlines last week when pupils received a record set of results, which comes after the speedy deployment of iPads to every pupil and teacher the week before last March’s lockdown, along with intensive training on how to use them.

And thanks to the Inspire Learning scheme, Scottish Borders boasts one of the most complete education technology environments anywhere in the UK.

Jewell says: “Teaching digital skills is about that continuous improvement and continuous drive to be connected, and there’s a much wider agenda to that as well, which I know that the government will have in view, which is, Scotland as a digital nation.”

Teaching pupils how to navigate the world of technology from a young age will help to prepare a whole raft of digitally skilled, young people to enter the workforce, he says.

“I have a real confidence that this could be a time when Scotland takes its place again on the world stage in terms of education and digital technology.

As we continue to emerge from the pandemic, is there a risk of Scottish education ditching tech and returning to pre-Covid norms?

Jewell doesn’t not think so. It is “a really interesting time” for education, regardless of the public health crisis, he says.

This is in reference to the OECD’S – the Organisation for Economic Co-operation and Development Organisation – review of the Curriculum for Excellence (CfE), which was published in June.

The report recognised the ambition of the CfE, but made recommendations to scrap the Scottish Qualification’s Authority (SQA) and heavily reform the inspection and curriculum development body, Education Scotland.

Jewell says: “So, in many ways, I think that these changes are coming at a time when we’re all coming out of a time of massive upheaval… But at the same time, we want to make sure that we build forward, and we build forward in a way which improves on what we had in the past, and actually takes advantage of what we’ve gained over the course of the pandemic.

“We are not alone. There are other countries in Europe that are doing very similar things. We’re in regular touch in the Borders with some of the best examples of schools worldwide that are already 1:1 with technology and have been for many years.

“And it’s a really critical point now, for us to take advantage of. But if we do it right, then I’m really positive about what the potential is for the future.”