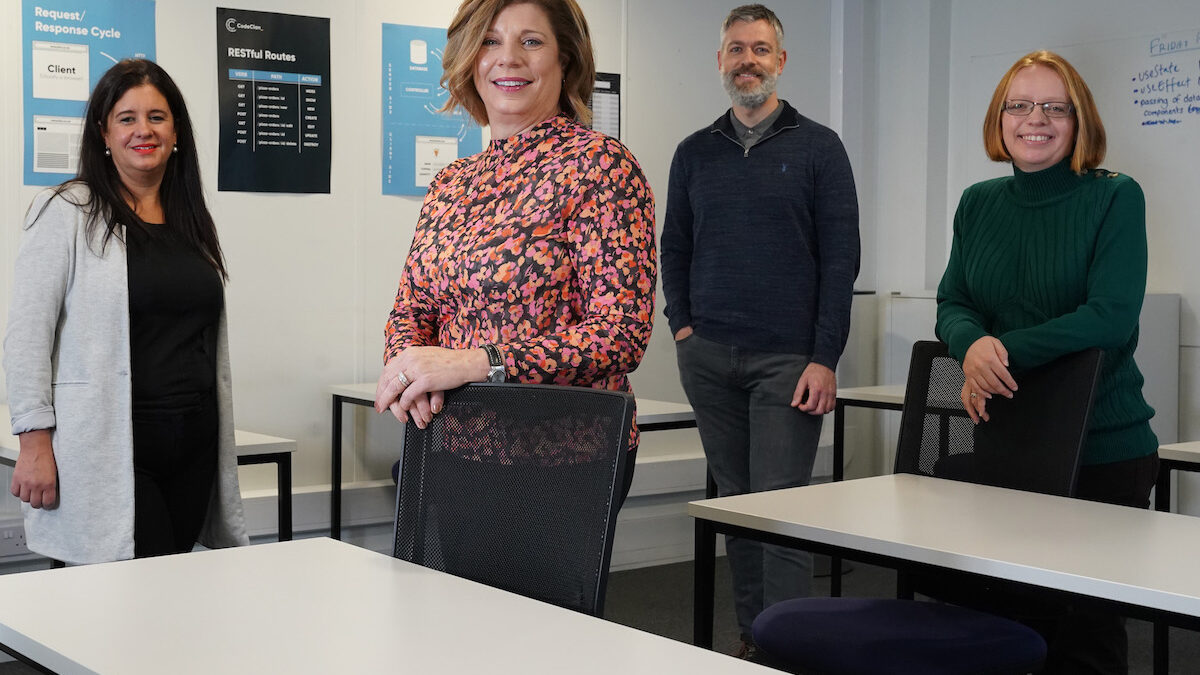 Scotland’s digital skills academy has forged connections with a number of leading corporate and public sector organisations including Skyscanner and Fanduel after producing over 2,000 graduates.

The training centre runs software development, data analytics, and a series of short and bespoke courses from its campuses in Edinburgh and Glasgow. Its online offering has also expanded since the onset of Covid-19.

CodeClan is launching two new courses – an eight-week web development essentials course that will be available on evenings and at weekends, and a new half-day course for industry executives called Digital 101.

Melinda Matthews-Clarkson, chief executive of CodeClan, said: “Over eight weeks of part-time learning, the web development essentials course will take candidates through the tools, technology and techniques required to build and deploy a functioning web application.

“Digital 101 is for people who want to have greater involvement in all things digital in their places of work, to contribute more to the digital growth of their companies. It’s about bringing executives and managers up to speed on key digital concepts and processes, while empowering them by raising their digital confidence.”

To date, CodeClan, which launched in 2015 and recently marked its sixth anniversary, has run 54 cohorts in Edinburgh, 28 in Glasgow and three in Inverness. Candidates can choose to attend courses on campus, virtually or in a hybrid manner.

Matthews-Clarkson said: “Overall, our aim is to have a variety of leading-edge courses that cater for a range of requirements, ensuring that we’re equipping people with the kind of digital skills needed by businesses and organisations across the country. To that end, we see CodeClan as an integral piece of Scotland’s digital future.”

Over the last 12 months, CodeClan has also strengthened its leadership team with a number of key appointments, with Neil Brown hired from The Data Lab as chief operating officer and Ceri Shaw joining as chief delivery officer from M&G.

Matthews-Clarkson said: “We’ve now got a really strong team in place, we’ve moved through a challenging year or so in common with the rest of the world, and we’re now ready to push on in 2022. One of main areas of focus over the next year is around growing the industry partnership base, while helping organisations do an even better job of training their own staff and being part of the apprenticeship offering.”

CodeClan is also looking at reaching a younger market.

Matthews-Clarkson added: “We know that undertaking digital skills courses will lead to a more productive university or apprenticeship experience for young people in Scotland, so we would like to shape some kind of initiative in this space next year.”