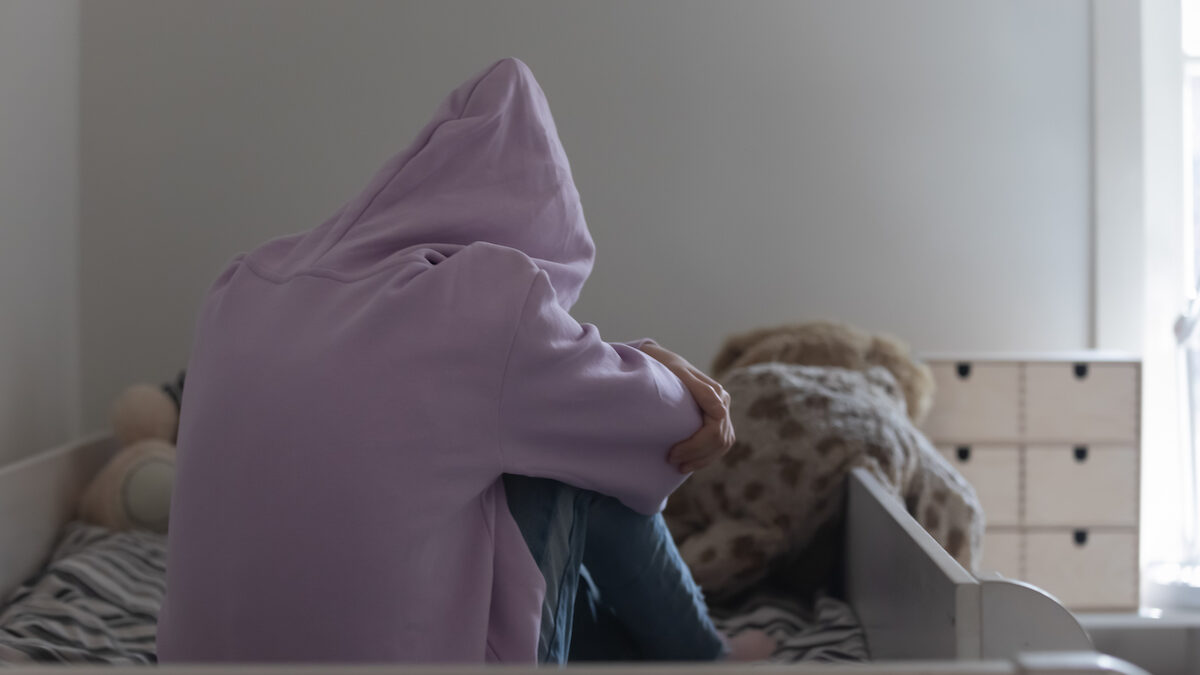 As Scots continue to relish the once-taken-for-granted freedoms of life in level zero and a new “normal” is carved out, there is an undeniable sense of optimism about the future.

But the toll that 18 months of furlough, lockdowns and Covid restrictions has had on the nation’s mental health cannot be removed as quickly as the two-metre rule, and pressure is now mounting on the government to tackle the growing backlog of patients.

Data released this summer shows that the number of children and young people waiting more than 12 months to start mental health treatment is almost three times higher than a year ago – the worst figures on record.

The Public Health Scotland statistics also show that for the quarter ending March 2021, 72.5 per cent of youngsters started treatment within 18 weeks of referral to children and adolescent mental health services (CAMHS), falling short of the Scottish Government’s “standard” of 90 per cent.

Additionally, it has been revealed that the number of children attending hospital for issues relating to self-harm has risen to its highest level since 2007 – a staggering statistic that the CAMHS are calling “only the tip of the iceberg”.

There is no doubt that dealing with the aftermath of Covid, while the national health service faces widespread underfunding, is going to be a mammoth task.

That is why local authorities – including Scottish Borders and Aberdeenshire – are now turning to tech.

In June, the two councils partnered with online mental health and wellbeing platforms Togetherall and Kooth to provide residents aged 16 and over with a free, instant and anonymous source of support.

The Scottish Government, which is supporting the projects through its community health and wellbeing fund, is now actively engaging with the councils as these new digital services are rolled out to monitor their impact at a local level and to consider if this could be replicated on a national scale.

During Covid, Togetherall saw a 102 per cent spike in new users and a 103 per cent increase in activity compared with 2019.

According to Shaunna Carden, business development manager and lead for healthcare partnerships for Scotland at Togetherall, the company works with organisations locally and nationally dependant on population’s need.

In Scotland, she says, there is an “urgent priority” to support young adults. She adds: “The pandemic has left a lasting impact on lives. Many more people are still isolated, working at home or unable to access support quickly and easily.

“During the height of the pandemic, we saw that around 60 per cent of conversations taking place on Togetherall related to Covid-19 including discussions about social distancing, loneliness and spiralling thoughts due to isolation.”

The service, which operates as a message board and is monitored 24/7 by a clinical supervisor so that any posts that raise concerns are immediately flagged, has provided a community for 23,000 Scots experiencing issues.

But does it work? According to Carden, among frequent visitors – many of whom are experiencing feelings of depression, anxiety or stress – 70 per cent report improvements in one or more of the issues that led them to join.

The London-headquartered service has also helped to save lives, including that of a young person in Glasgow who posted on the site that they had a suicide plan.

The clinical supervisor on duty tracked the registration of the teenager and, working together with child protection and Police Scotland, managed to find them.

The pandemic has left a lasting impact on lives. Many more people are still isolated, working at home or unable to access support quickly and easily.

Last year, Glasgow City Council’s education department became the first to invest in Togetherall, after seeing an opportunity to increase support to 16 to 18-year-old residents as the pandemic was about to take hold.

Since then, Carden says, a growing number of councils are making use of Togetherall to support a broad range of age groups.

Although the benefits of digital mental health support are clear to see, she stresses that it is “definitely not a replacement for one-to-one therapy”.

Instead, she says, Togetherall provides a different route of access, so more people can take the first step to get the support they need.

It is designed to work as “a tool alongside other forms of care”, and in some cases, members are signposted by the platform towards other services available locally.

The community, which can be accessed on a smart device or computer, also offers more flexibility than traditional methods of treatment, with 64 per cent of members using the service outside normal business hours.

Carden says: “As we emerge out of the worst of the pandemic, there is still huge demand on face- to-face provisions. Safe support tools need to be available to whole populations without restrictions or waiting lists so that more people have a place to turn

“A range of options are needed to provide choice, but the ability for everyone to access support at the point of need is what Togetherall seeks to address.”

“We have allocated £29.2m to NHS boards to improve CAMHS, with £4.25m focused on offering treatment to those already on waiting lists this year. We will continue to work with NHS boards to support the development and implementation of their local recovery plans and to target investment to improve access to CAMHS and implement the national CAMHS service specification.

“We have also allocated an additional £15m to local authorities to deliver mental health and wellbeing support for children and young people in their communities, and more than 200 new and enhanced supports and services have been established. In addition, we have provided councils with £16m to ensure every secondary school has access to counselling.”

Programme for Government: the key areas for digital

iPads to help visually impaired children in Scotland use the internet