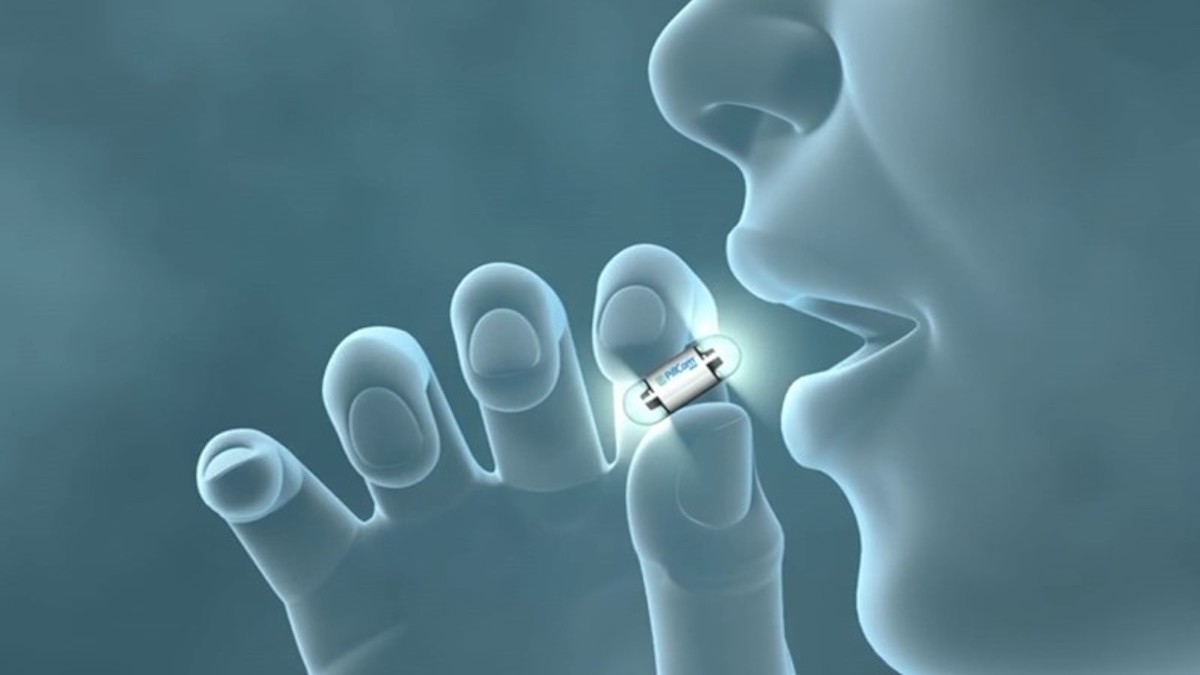 The creators of the ‘pillcam’ – a pill containing a tiny digital camera that can be swallowed to detect early diagnosis of bowel cancer – have been named one of the winners at Scotland’s ‘premier awards’ celebrating business-academic knowledge exchange.

The Scottish Capsule Programme (SCOTCAP) behind the pillcam have won the ‘multiparty collaboration award’ at the sixth annual Scottish Knowledge Exchange Awards, which were hosted online yesterday to mark World Creativity and Innovation Day.

SCOTCAP co-designed, delivered and evaluated the use of the minimally invasive pillcam containing a digital camera as a viable, safe, and cost-effective alternative to colonoscopy for early diagnostic testing for bowel cancer symptoms.

The awards ceremony was run by Interface, who match business to Scotland’s world-leading academics to develop and research new products, services and processes.

Dr Siobhán Jordan, Director of Interface, said: “The judges were incredibly humbled and impressed by the innovation and creativity, exemplar partnerships and overall impacts of the applications across all eight categories.

“From responses to the COVID-19 crisis, to breakthrough technologies in health, circular economy and poultry genetics, the winners announced today are an impressive showcase of the incredible collaborative work which goes on every day in Scotland, and a celebration of the people behind the partnerships from all industry sectors and across all academic disciplines.

“They bring renewed admiration for knowledge sharing between businesses, social enterprises, public bodies, such as the NHS, universities and colleges across Scotland.”

The ‘inventor of the future award’ went to Rycerz from the University of the West of Scotland, who collaborated with Forres-based Phoenix Instinct Ltd to design and manufacture a “SMART, lightweight carbon fibre wheelchair frame” integrating electronic systems that will “revolutionise mobility.”

Scottish Leather Group and Edinburgh Napier University won the ‘making a difference’ award with their development of new, high value products and processes from waste and offcuts, which competition judges said had significantly impacted on manufacturers, as well as contributing to education and sustainable art.

The ‘Covid-19 collaborative response award’ went to The Lighthouse Laboratory in Glasgow, hosted by Glasgow University at the Queen Elizabeth University Hospital Campus, a major new COVID-19 testing facility established with drug discovery services firm BioAscent and Dundee University, and subsequently developed and managed by the university in collaboration with research and development company BioClavis. One of the largest academic-run diagnostic facilities in the world, the laboratory has recently reached the 10 million Covid-19 test milestone.

Applications were sought from all Scottish universities, research institutes and colleges, as well as businesses and organisations, demonstrating research and development and innovation-led partnerships which have had a positive impact on the economy, society or the environment. A record number of entries was received.

Robotics team set to create a bang with 'life-saving' technologies