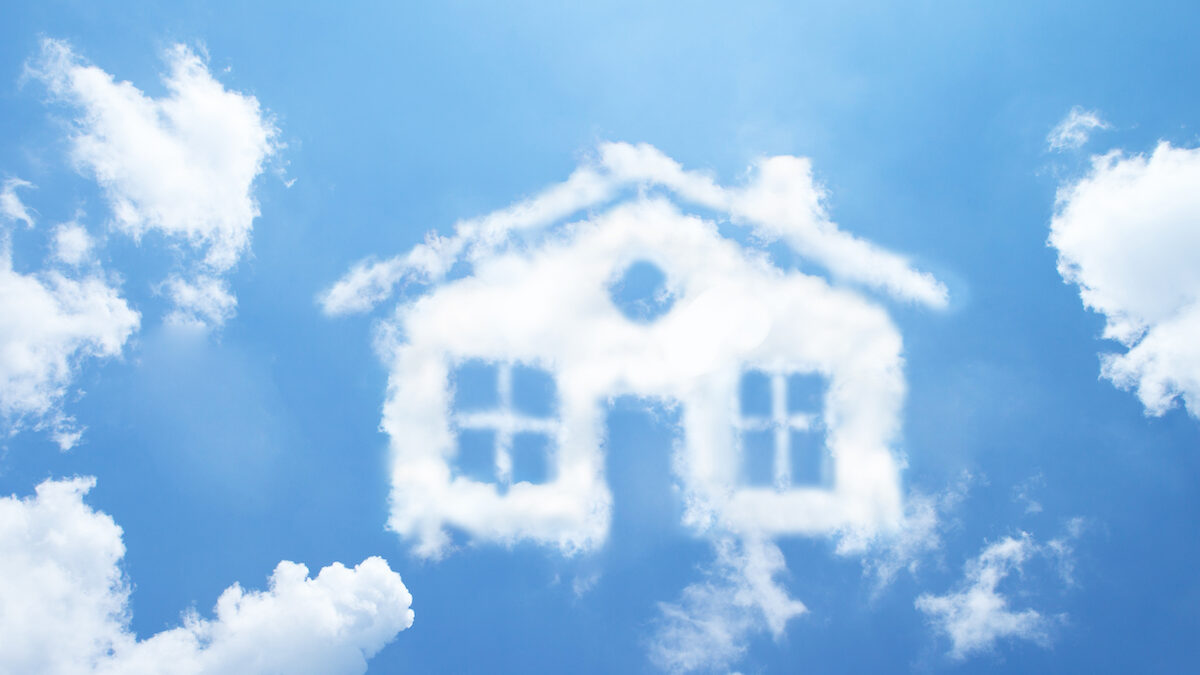 The Scottish Government’s cloud programme is set to benefit the whole of the public sector phloxii/Shutterstock.com
Cloud

Explaining the technical aspects of cloud computing can be a challenge, even for those relatively well-versed in the digital vernacular.

John Campbell, helpfully, likes to think of the cloud as something akin to a settlement, and those migrating their data there as the lucky tenants getting the keys to a new house.

So far, he has helped four “householders” from the Scottish public sector to cross the threshold on their brand-new possessions. Once in, he says, they can do what they like: change the furniture, put in a new kitchen, redecorate.

It’s a nice metaphor, but also one which provokes some questions. Data, for example. What would you do with your data – or software more broadly – if it doesn’t quite fit in the living room, like a cherished but now redundant old sofa?

“They will probably want to buy new furniture for the new house, but they don’t necessarily have to,” says Campbell. He adds: “Most, around 80 per cent, say, would be able to walk straight in so it’s quite possible that you can move your legacy furniture into your new cloud house.”

For those that can’t, inevitably there will have to be some hard choices and a focus on digitally transforming business processes that have long since been surpassed by modern technology.

Campbell is optimistic, though. As deputy director digital and cloud services in the Scottish Government, he is overseeing a sweeping programme of change, including developing a national cloud platform, which is now in a beta stage of development.

The tenants of the infrastructure – built with the assistance of Amazon Web Services and Microsoft – so far have been the Scottish Government’s digital identity and payments teams, the R100 connectivity programme and for the Geographic Information System (GIS) programme.

At Digital Scotland on October 25, The Scottish Government shared some of these tech developments with a public sector audience.

Ultimately, it is his job to smooth the transition for many of those organisations who are looking to move to the cloud.

It is a task that has been ongoing but has been accelerated since Geoff Huggins was installed as digital director at the Scottish Government in 2021. Since then, he has formed a team – including Campbell – that has been tasked with building the “common platforms” and digital components of government that can be re-used by other parts of the public sector.

The digital identity programme, to take one example, can be used by other government bodies – including local councils – to provide people with a secure way to log-on to digital services and verify their identities.

For the payments platform, this too can be integrated into other websites to enable organisations to make and receive payments.

He says: “The focus now is really on the entire country and the entire public sector. So, it’s about a payment service to allow the public sector in Scotland to streamline and bring efficiencies to how we make and receive payments, removing the multitude of different payment systems and payment platforms.

“Then the people who are involved in managing those different systems can bring that down to a common way of doing things.

“The same goes for digital identity. It’s about every citizen in Scotland who needs to access public services, and having a common, consistent and accessible way for them to do that.”

As the beta site makes its way towards the eventual goal of release, Campbell alludes to some of the difficulties of cloud adoption.

From prior experience at Social Security Scotland, where Campbell was involved in a significant cloud deployment undertaken from “scratch”, he describes how the process required careful consideration before the team deployed a public cloud solution upon which to build the benefits-administering agency’s infrastructure.

“The concept of moving systems into our cloud environment was something that took a while to get our head round,” says Campbell.

“There was a procurement aspect to that. It was how do you purchase these cloud service things? Who do we need to try and figure it out? What technical resources did we need? And how do we design this? There were months and months of planning, questions, assessments and just learning about the cloud and how we got there.”

But they did get there, and Social Security Scotland now stands as an exemplar of a successful public sector cloud-based system in Scotland; Campbell’s experience in bringing it together is also likely to be key to the success of the national programme, which is ambitious in scope.

Common platforms as a concept also sits well with a policy approach in government called “Once for Scotland”, which in a tech context would obviate the need for costly IT duplication across the many realms of the public sector where a single solution can be used for many. Local government is a good example of that, as councils often have similar or the same functions.

“There may be niche cases where we won’t be able to build something that meets the requirements of every one of the approximately 200 public bodies that sit under the Scottish Government,” says Campbell.

“But there should be a huge percentage that we are able to develop common platforms for, as has been done at a UK level with Notify.”

And public bodies – and councils – will get help to make those steps. There is already an active cloud community networking group set up by the Scottish Government where best practice, tips and guidance can be shared.

Campbell’s team will also provide assistance to any organisation as they move their workloads to the cloud, but he expects most to have the requisite level of expertise and skills. He concedes that many, though, will want to further improve their capabilities – in order to take advantage of the scale, flexibility and innovation potential of cloud platforms.

And then there is the cloud procurement framework to support those organisations.

Campbell says: “We expect that most organisations will work with a private sector partner or a supplier through our Scottish Government cloud services framework, and that will be there for anyone who needs help to make that journey.

“The other side of that, what we hope to do for those who come into the cloud platform is to provide training, so Amazon or Microsoft training in the cloud.

“One of the things I have been quite vocal about is that there needs to be a way to help public sector organisations bring their skills and knowledge up a few levels in the cloud space.”

And all the signs are looking good. Already the Scottish Government has used the new payments platform to administer several hundred thousand pounds worth of payments through the Independent Living Fund and digital identity is set to move into a live deployment with Disclosure Scotland this autumn.

Campbell, who has been at the digital directorate for around a year, is satisfied with the progress thus far. He says: “I’m pleased. I feel like I’ve achieved what I came in to do – to get these programmes moving and try and get them over the line.”