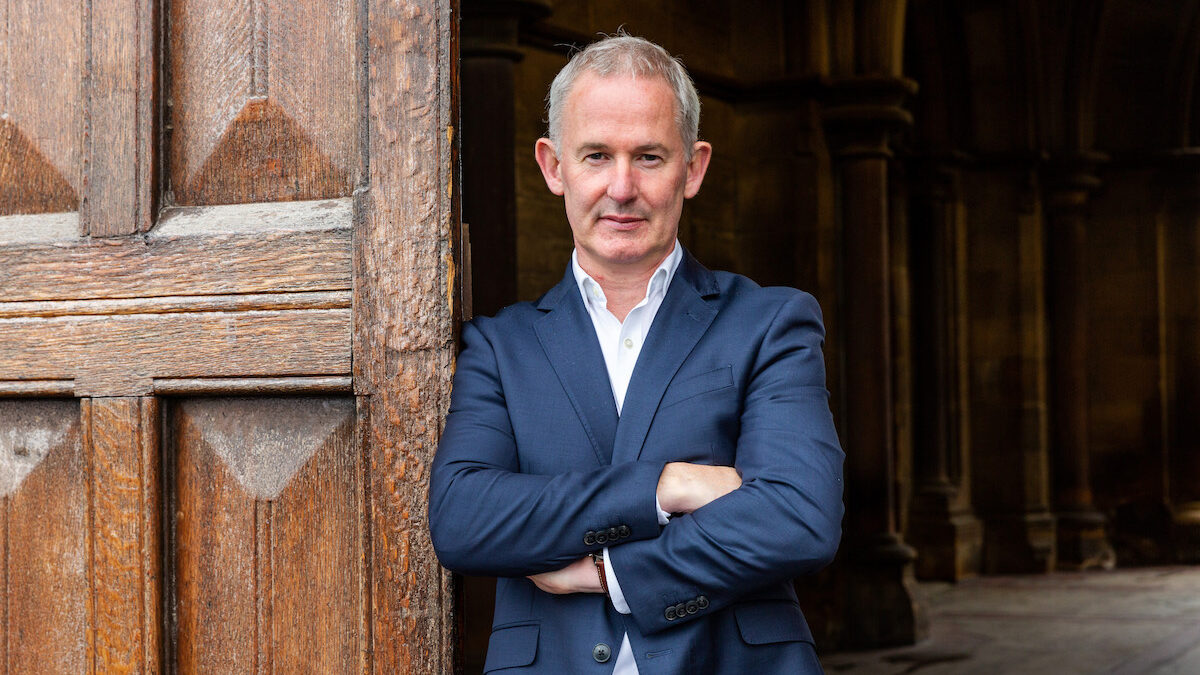 Mark Logan likes to talk about funnels and ecosystems. With the air of a restless science teacher, he talks about pouring fledgling companies into them, with something fully-formed coming out the other end.

And then there’s the odd reference to Renaissance era innovation, and how a market square in Florence might have contained all the active ingredients – the knowledge exchange between artists, sculptors, painters – for a flourishing society on the cusp of some great technological or cultural breakthrough.

His rhetorical style may evoke Archimedes and the Medicis, but Logan’s obsession with bringing like-minded people together, creating “tipping points”, “critical mass” and “talent pipelines” is more than just an academic exercise, or a flight of esoteric fancy.

The former Skyscanner executive is now spearheading a veritable revolution in how Scotland’s economy is run.

The SNP, which has not always had an easy relationship with business, is now leaning into an economic theory promulgated by Mariana Mazzucato, the economist who believes in the concept of the “entrepreneurial state”, namely public and state-funded investments in innovation and technology – rather than a result of small state, free market doctrine. She is also, perchance, someone who has the ear of the First Minister, Nicola Sturgeon.

Logan, for his part, is not one to be drawn on politics. But as the recently appointed chief entrepreneur for the Scottish Government, it doesn’t feel a million miles away from the Mazzucato thesis.

Pragmatically, though, he says he is more concerned with “getting things done”. His Scottish Technology Ecosystem Review, published in August 2020, is proof of that.

It is a well thought out strategy mixed with a focus on implementation and has the rare quality of a government text that has not only been well read, but its 35-odd recommendations have been fully embraced by ministers.

Two years hence, and with a growing public profile for Logan himself, the fruits of his labour are also beginning to take shape.

The recent launch of the £42m nationwide tech scaler programme, which will see seven “hubs” spring up around Scotland to help tech startups grow to their full potential, is a tangible result of his review – not to mention a hope and a desire that Logan feels deeply.

“It’s very important to me personally, that the goal of what I’m doing is contributing to more and more of our people being able to flourish,” says Logan.

“And we have a lot of people that are not anywhere close to describing themselves that way. So that’s why I’m doing this.”

Offering founders world-class mentorship and training, the idea behind the hubs – which will be run by a consortium led by Edinburgh-headquartered CodeBase – is to improve the ratio of tech firms that go from receiving initial seed funding to being well developed, successful “scale-up” companies. And we can’t do that without stimulating the talent pool.

“The most important constraint is the supply of talent into the tech ecosystem,” says Logan. “Investment is important, of course, but if you can’t hire the people, you can’t grow the companies. It’s why I’ve always put a lot of emphasis on ensuring the maximum talent pipeline that we can possibly have.

“If you put a company into one of the tech scalers tomorrow, that small company gets nurtured, and its people properly educated in how to grow a startup.

“Then, that company might well be worth a billion pounds in five or 10-years’ time, but it is because it got that start in a tech scaler.”

On the one hand Logan is keen to push for the fast execution of his plan. Without an ecosystem of a sufficient and growing size, especially during a time of global economic tumult, it’s always going to be at risk of collapse.

But he says we also need patience to evaluate the success of companies coming through the scaler programme.

“If, five years from now, we saw our tech scalers populated with credible startups growing their customer bases, with some of them failing, because that’s inevitable, and the talent recycling, then I think we should be confident in saying that a few years after that, we’ll start seeing some successful large-scale businesses coming out of that,” he adds.

Logan believes Scotland’s tech sector is transitioning from what he calls a traditional “IT shop” – reliant on equipment manufacturers and large consultancies – to an “internet economy shop”, with businesses increasingly plugged into a global market for new technologies, products and services, where they have to “iterate quickly” and learn a different set of skills.

It is on the skills point where he has been especially bullish, even calling the teaching of computing science in schools “dumbed down” and “boring”.

His review called for a radical shakeup of the subject and for it to be taught to all pupils from the first year of secondary school.

Faced with a steady decline in the number of students taking the subject in the last decade, and a lack of computing science teachers, urgent action is required.

“The problem is here now,” says Logan, who reveals he has been spending more time on the issue than any other.

“And that problem will only become worse if we don’t take the actions I’m advocating right now.”

But is he frustrated with the education establishment in Scotland, which is currently undergoing a period of significant reform following concerns over falling standards?

Criticised as overly-bureaucratic and complex, and lacking clear lines of responsibility, it was recently described in the New Statesman as the “McBlob”.

“There are challenges with changing things in education because there’s lots of stakeholders. And, you know, that slows things down. Am I super happy with how fast that’s gone? No. But we’re trying to continue to push that forward,” says Logan, who teaches computing science himself at Glasgow University.

“Whenever we have to work across different groups, be it government, or agencies, or industry, and with other groups combined, we’ve got to learn how to get through it quickly.”

There are positive developments on the horizon, though. There are plans to begin the process of recruiting more computing science teachers, starting with an engagement programme with science and engineering students at university to explain the career path to them.

There are also plans to create accelerated courses for those looking to become computing science teachers in a shorter timeframe, as well as a continuous upskilling programme in the pipeline.

In general, Logan is satisfied with the progress of the recommendations he made to government. He warns that because there is so much in scope, it is important not to try and do everything at once, as it would “overwhelm the available resources”.

But in time, he says he would like to see the concept of tech scalers even expanded to include startups from other industries.

It’s a big challenge for Logan personally, but also for the nation. But if anyone is going to create the right conditions for creating Scotland’s next “unicorn” company – especially amid turbulent economic headwinds – it will surely be someone who has at least had the experience of being part of one.

But as with all experiments, the hypothesis will only be validated when we see the results.