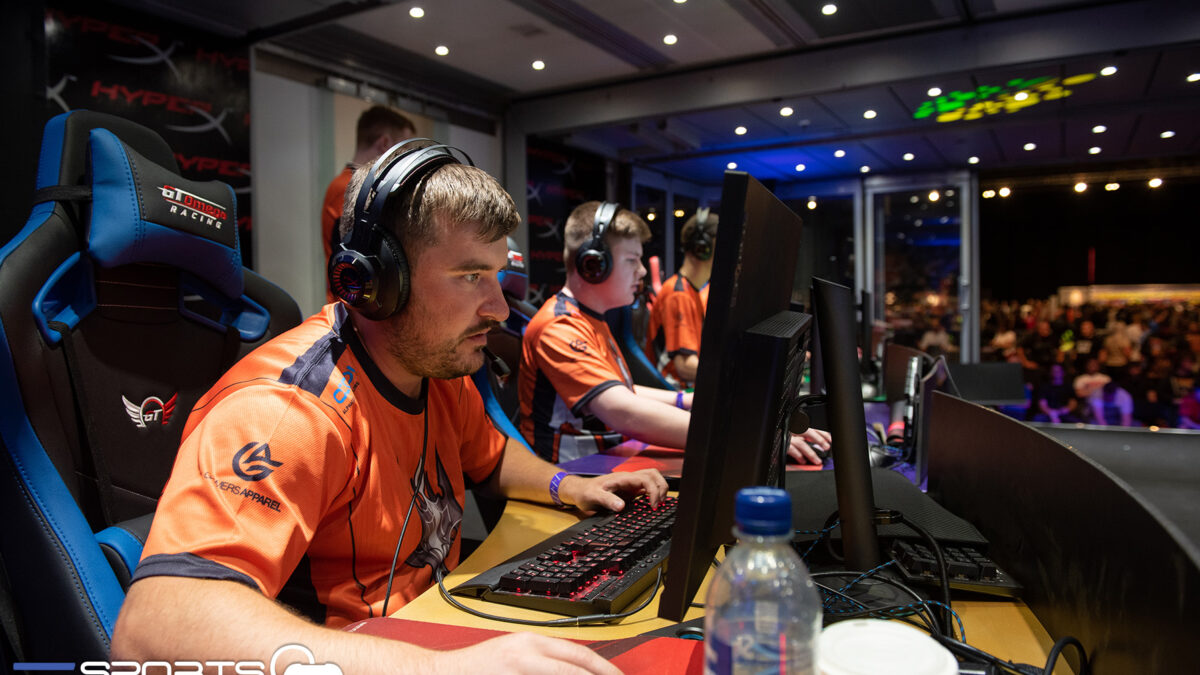 Dundee is set to further cement its place as Europe’s gaming capital by hosting a “groundbreaking” event which will offer a glimpse of a “new era” of sports entertainment.

Next month’s four-day Scottish Esports League 4 (SEL4) grand finals extravaganza will see the nation’s most talented gamers square up in Dundee Contemporary Arts to battle it out for their share of a £11,000 prize pot.

They will also get a chance to game via Dundee City Council’s private 5G network, which is designed to showcase how “gaming on the move” will become a reality in future – by allowing laptop and mobile device users to compete against each other whilst out and about.

The event, taking place from 18-21 November, is one of a series of use case trials within the Tay Cities Region Deal 5G project and is being supported as part of the Scottish Government’s £2 million investment in fifth generation mobile communications.

In addition to mobile gaming, the 5G technology will support the live broadcast powered by Dundee City Council’s 5G testbed in collaboration with Scottish Futures Trust and Abertay University.

The SEL4 online group stage commenced on 27 September, with 44 team clans going to war to contest the 10 sought-after spots at next month’s showpiece finals.

In addition to the main events, Esports Scotland has reached an agreement with US video game developer Blizzard to run the ‘Call of Duty Esports Scotland Cup’ – a standalone PC tournament played on controller which is scheduled to be held on the opening day of the grand finals.

Alongside a chance to spectate the action, fans will also gain an insight into the rapidly growing esports environment and the opportunities it will create within Scotland’s digital technology sector.

As one of the event’s ‘Easter eggs’, a specifically designed ‘skills showcase’ section of the venue will accentuate career prospects within the multi-billion-pound industry.

Amongst the partners within the area will be drivers of the ‘S5GConnect Dundee’ programme – created to ensure 5G technologies help drive growth and increase opportunities for employment, innovation and investment in the wider Tay Cities region.

Attendees will have the opportunity to discover more about Scotland’s growing esports industry from a number of stakeholders including Dundee City Council, Scotland 5G Centre, Scottish Futures Trust, Dundee and Angus College, University of Dundee and Abertay University – the first British university to offer a degree in gaming and Europe’s top ranked institution for games education.

It is hoped the SEL4 finals will play an “instrumental role” in building the profile of Dundee’s esports scene whilst plans to open Scotland’s first bespoke arena in the area are scoped by ambitious Esports events company, Northern Lights Arena Europe (NLAE).

Scheduled to open in 2024, the futuristic 4,000 strong capacity venue is being designed with the aim of becoming the world’s best streaming venue and will simultaneously enhance educational, economic, entertainment and employment opportunities in Dundee.

Boosted by a strong community of top partners including A.G. Barr, Lenovo, Currys, and GT Omega, Esports Scotland are using SEL4 to inspire young gamers and build a legacy for the future by emphasising the cognitive benefits and career opportunities available through gaming.

Building on a momentous year for the Scottish Esports League, plans are also being progressed to host a junior tournament next year which will nurture the nation’s next generation of esports stars who hope to follow the lead of Josh Martin and Adam Ryan by competing on a global stage.

James Hood, owner of Esports Scotland, said: “Supported by state-of-the-art 5G technology, the SEL4 grand finals will display Scotland’s capability of spearheading the rise of domestic esports events. Next month’s finals will be a key milestone on our journey towards establishing Dundee as a hub for competitive gaming prior to the opening of our first bespoke esports arena in 2024.”

Mark Flynn, convener of Dundee City Council’s City Development Committee, said: “Long-term investment, years of planning and the vision to anticipate the next big thing makes Dundee almost the perfect location for what will be the nation’s largest competitive gaming competition to date.

“The Scottish Esports League Season 4 will help to cement Dundee’s place on the map as a key centre for competitive gaming, and I am sure that its success will make it the first of many such events hosted in the city.”

Derek Graham, digital infrastructure programme director at Scottish Futures Trust, said: “It’s been great to work with Esports Scotland to help them to become the first user of Dundee City Council’s 5G testbed that SFT has developed and delivered in collaboration with the council. I look forward to supporting the gamersthroughout the event and wish everyone the best of luck on the day.”

Professor Gregor White, dean of Abertay University’s School of Design and Informatics, said: “Esports represent a massive opportunity for Dundee and Scotland and we are hugely excited to be bringing our academic expertise in video games education to this important sector, and to be partners in the Dundee Esports Arena project. Our plans to offer new programmes and qualifications linked to Esports are progressing well and we are confident that the success currently enjoyed by our games design graduates can be replicated as the industry continues to grow.”

Gillian McGovern, head of sector for creative cultural and digital at Dundee and Angus college, said: “We are extremely excited about being a part of the SEL4 event and getting the opportunity to showcase at the DCA. The esports arena has been a focal point of our discussions at the college over the last year or so and this global event which will be streamed live from Dundee sets the scene of what’s to come for the region. The opening of the arena will provide a number of job opportunities and the college will play a vital part in providing the future workforce with the skills and experience required to fill these roles”.

Tickets for the SEL4 finals can be secured for free via Esports Scotland’s website.

Scotland attracts £37m investment in fintech over the past decade