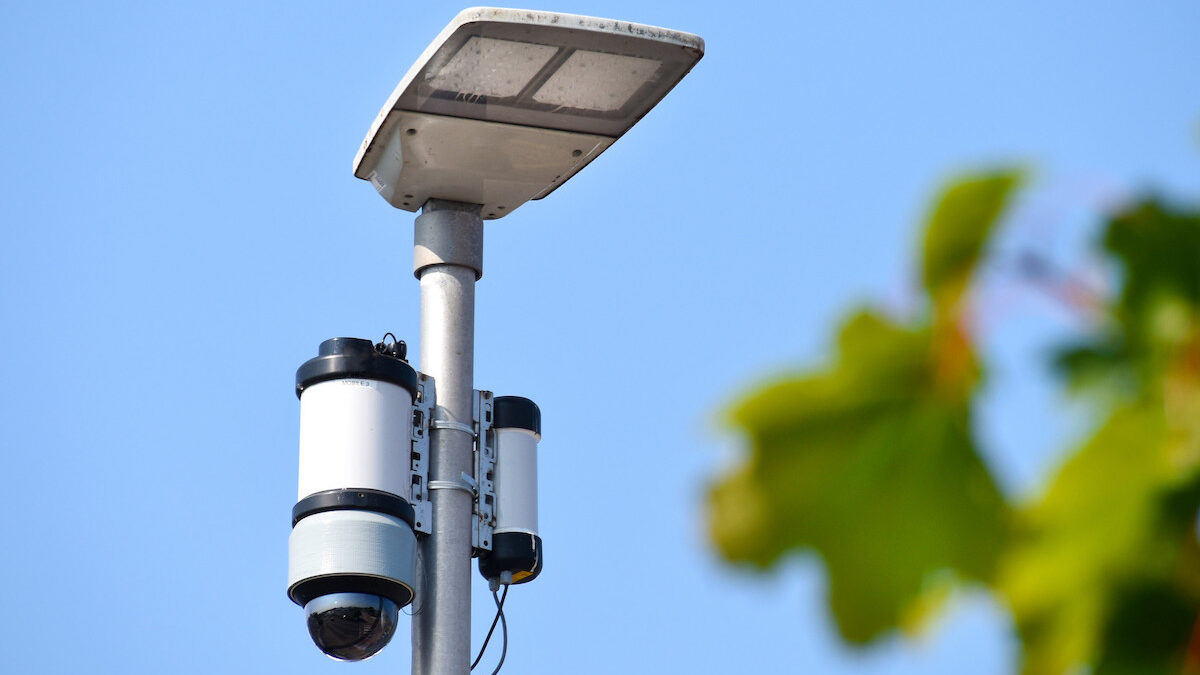 A local authority is upgrading its CCTV system with a new £1m network of state-of-the-art digital cameras – but opted not to turn on its live facial recognition capability over ethical and legal concerns.

Falkirk council authorised the digital upgrade of 61 existing ‘fixed’ CCTV cameras alongside the purchase of 15 new mobile units that can be moved on demand into crime and antisocial behaviour hotspots.

So far, 10 mobile units have already been deployed in the council area that can provide instantaneous and ‘crystal-clear’ images that can be used by police and as a reassuring presence for local residents.

On Tuesday, councillors heard how community safety teams and police had worked to identify sites for the mobile cameras, which include local parks, as well as plans for five more.

Cecil Meiklejohn, leader of Falkirk Council, said she had been “impressed” by the speed at which the cameras had been rolled out.

She said: “This is a great example of what can be achieved when we work with our partners to deliver digital transformation at pace. By making this investment in the CCTV service, we continue to support the police in the fight against crime and make our position clear – we will not tolerate anti-social behaviour.”

Since agreeing to invest the six-figure sum to upgrade CCTV and install an in-house CCTV/Digital Alarms hub in 2019, much work has been done by the team driving forward the Council of the Future CCTV project.

The project is one of 31 ‘council of the future’ projects that aim to modernise and improve services and help deliver on council priorities.

So far, the investment has allowed the team to put in place a new digital monitoring system , start to upgrade fixed CCTV cameras  and deploy the mobile cameras.

To date, five state-of-the-art fixed digital cameras have been installed, replacing existing and failing cameras in Falkirk town centre and Camelon. These cameras have already provided evidence to support criminal prosecutions that would otherwise have gone undetected.

By the start of next year, all 61 fixed cameras will be digitally enabled, and 15 mobile cameras rolled out, replacing the grainy images of the past with those that provide pinpoint accuracy.

However the council confirmed although the cameras are capable to run live facial recognition technology, it has chosen not to install the software or analytics to do so.

“There are ethical and legal issues to consider, which means the council is a long way from making a decision on whether that capability would or should be used in the future,” a council spokesperson said.

Work is now underway to secure a new partnership agreement with Police Scotland that would see its contribution to the £240k annual revenue cost of delivering CCTV increase from 13% to 25%. A decision is expected shortly.

Four operators experienced in using the system are also due to move from Falkirk Police station to council offices in Larbert later this year.

Future investment in CCTV will also allow the council to support traffic management by providing real-time updates on traffic congestion via social media, monitor crowds at events and beam images of famous landmarks such as the Kelpies around the world.

In addition to CCTV, the council is also working to centralise out of hours alarms, from fire to flood sensors, premises CCTV, to council building door access, to reduce costs and improve safety.