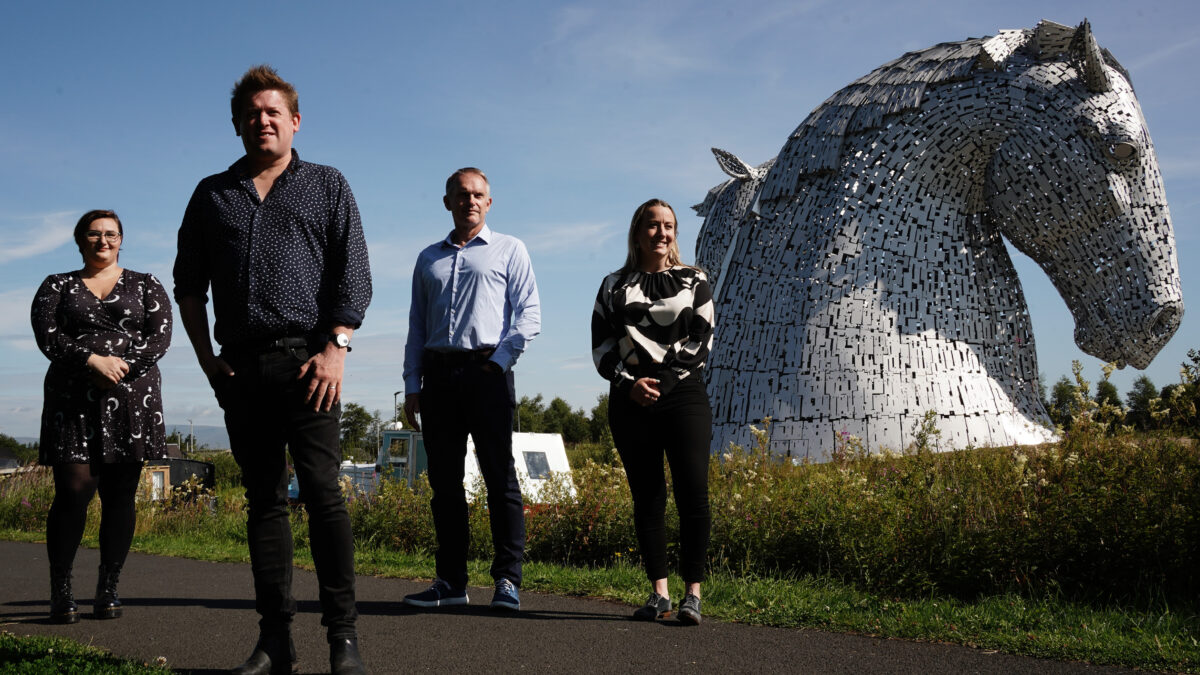 A Scottish remote sensor company has secured a series of global customer wins across the aerospace, oil and gas, and energy sectors.

Chief executive and co-founder Dave Hughes, who featured on a panel at the Boeing Innovation Forum in Glasgow earlier this month, said: “The team and I are really pleased to see our work in ultrasonics converting into sales with so many international industrial groups, including in the aerospace sector, and we look forward to a series of additional corporate milestone announcements over the coming weeks and months.”

The firm’s Kelpie sensor flexes, twists and bends to inspect difficult shapes and surfaces, the Belenus continually monitors corrosion at high temperatures, and the Nebula is a cloud-based platform that securely stores and reports client asset data.

Hughes said the onset of Covid-19 has significantly increased demand for remote monitoring to advance safety and efficiency.

He said: “It feels like we’ve seen about ten years of progress in the last 18 months alone. The technology in the space hadn’t really moved on much over the last few decades, and we’re now showing that we can move the dial and add significant value across a number of industry sectors.  It’s also notable that Scotland is starting to build an ecosystem in remote sensors, and we’re proud to be part of the growing Internet of Things scene here.”

In April, Novosound’s ‘Knowledge Transfer Partnership’ with the University of the West of Scotland was awarded the highest possible grade by Innovate UK, the nation’s innovation agency.

Also in April, the company won its first major international award, for its Belenus product at the 2021 Materials Performance Corrosion Innovation of the Year Awards.

Mathieson said: “Novosound is already gaining traction with some of the world’s largest industrial brands, and the next phase of growth for the company will centre around continuing to scale operations, raising the profile of the business across global markets, and increasing sales.”

In December 2019, Novosound, originally a spin-out from the University of the West of Scotland, secured a £3.3 million investment round led by private equity investment management firm Foresight Group (via the Foresight Williams Technology EIS Fund). Par Equity, Kelvin Capital, Gabriel Investments and Scottish Enterprise also participated in the round.