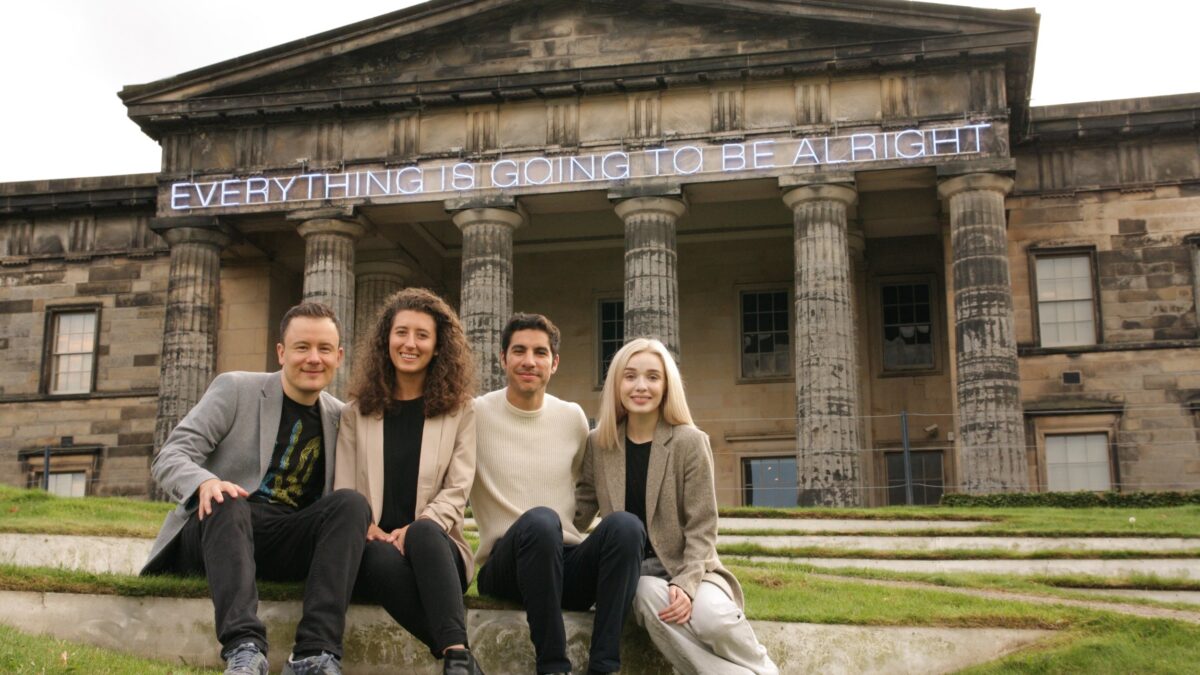 An Edinburgh-based space marketing agency has announced a series of major contract wins after its staff faced a year of ‘turmoil’ following the Russian invasion of Ukraine.

AstroAgency has added the UK Space Agency and global space consultancy firm, Euroconsult, to its roster after a number of its Ukrainian staff were impacted by the conflict.

They included chief operations officer Daria Filichkina, who fled the country with her young son in April last year.

The business regrouped and onboarded ten clients in the first quarter of 2022 with some employees working out of Ukraine during the Russian barrage, while other members of the growing team were dotted around space hubs in Europe. This success meant the company surpassed the milestone of supporting 50 space organisations within its first three years of operations.

Antonio Duduianu, AstroAgency’s senior project manager and a recent recipient of the Sir Arthur Clarke Award from the British Interplanetary Society, said: “This is a tremendous achievement following what was an emotionally challenging year for us and it sets us up well for our fourth year of operations and international expansion targets.

“The onset of the Russian invasion of Ukraine had both direct and indirect consequences but didn’t prevent us from producing some of our most impactful work, including writing the world’s first space sustainability roadmap, together with our partners Optimat.”

The firm secured three further projects with the UK Space Agency, whom they are currently supporting to promote the benefits of the ‘clearing the low earth orbit environment with active removal’ (CLEAR) mission, led by ClearSpace, to remove defunct satellites from orbit.

Finally, the company has announced its official role as the marketing-arm for industry-led body, Space Scotland, as well as confirming that leading satellite firm Spire Global will continue to partner with AstroAgency in the year ahead, following the delivery of two successful pilot projects together during 2022.

The new UK Space Agency contracts will see the firm deliver support for the upcoming UK Space Agency ‘Ignite Space’ conference in Bristol this March, as well as working with the government agency to promote the significant work being done in the UK around space sustainability. In addition, AstroAgency has joined forces with space economics expert, know.space, to promote the UK’s various space clusters internationally.

The companies won the contract following a government tender process led by the Satellite Applications Catapult. The project aims to showcase the space services and products available across the UK; with the end goal of promoting what the country has to offer in order to attract inward investment from overseas.

Chris McQuire, head of local growth at the UK Space Agency, said: “Supporting local growth within the UK space sector and taking a leading role in space sustainability are key priorities for the National Space Strategy, which we’re helping to deliver.

“Working with AstroAgency will help us meet these ambitions, generating more opportunities for space-focused organisations across the UK and strengthening the influence of our leading position on responsible space activity around the world. We look forward to taking the next steps with AstroAgency on these projects.”

The Edinburgh company was founded in late 2019 as the ‘world’s first full-service marketing agency’ dedicated to space, offering PR and media relations, content creation, digital and offline promotions and branding services, delivered by a team of technical and marketing professionals.

AstroAgency’s client roster has seen them work with public and private space enterprises, including the Australian government’s trade agency, Scottish Enterprise, European Space Agency Business Incubation Centres and a host of companies looking to grow their activity within one of the world’s fastest-growing industries.

Glasgow start-up hopes for lift off with space camera mission