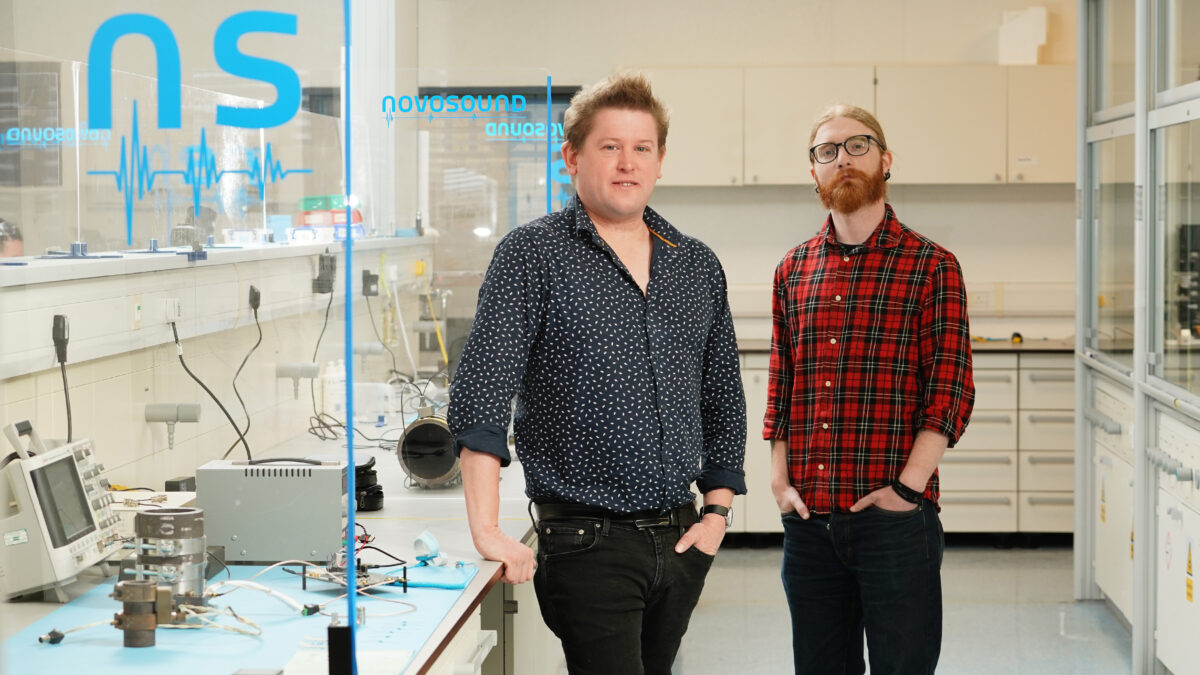 A Scottish remote sensor specialist has entered the global digital health and medical imaging market with a major commercial contract.

It will see the startup deliver 3D ultrasound technology to the dental imaging market, enabling dentists to look safely and painlessly at the tooth and bone under the gumline.

Novosound chief executive and co-founder Dave Hughes said: “Dentistry is currently undergoing digitisation with the emergence of new advanced imaging techniques, and we see scope for our high-resolution ultrasonic technology to make a big impression, first in dental but then across other segments of the global 3D medical imaging market.”

He added: “As well as my background in dental ultrasound imaging from my PhD, getting into the healthcare market comes round full circle for us. One of my academic projects that inspired the founding of Novosound was a collaboration with Current Health’s Chris McCann.

“This was back in 2016 at the University of the West of Scotland, when we secured early-stage R&D grant funding to develop an ultrasound sensor for a medical device to monitor patient hydration levels.”

The startup was the first spin-out from the University of the West of Scotland, and recently secured contract wins with aerospace giants BAE Systems and GE Aviation.

This November, Novosound’s executive product development manager, Dan Irving, also a co-founder of the company, was awarded a place on the Royal Academy of Engineering’s Schott Scale-Up Accelerator programme.

The accelerator supports individuals in executive roles to develop their leadership skills in high-growth engineering and technology SMEs that display excellence in engineering.

Novosound is currently in the process of hiring a number of software engineers who specialise in 3D imaging to help deliver its ultrasonic platform.