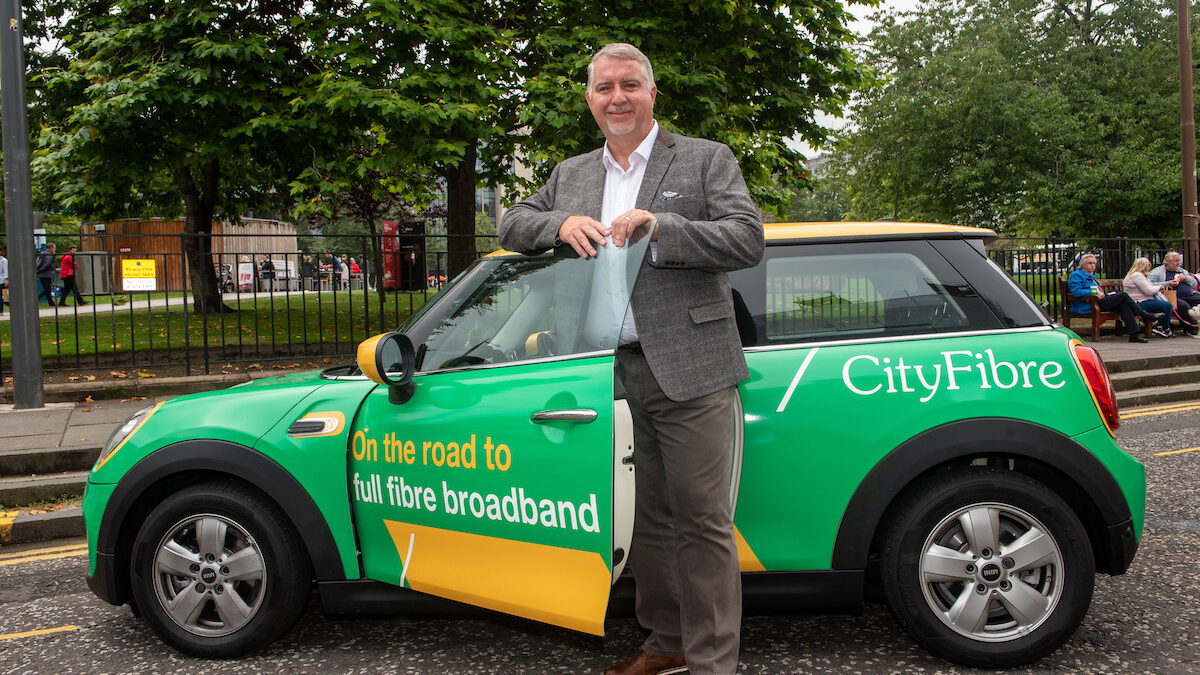 When it comes to high-speed broadband, there are an increasing array of services on offer to consumers. But few have the technology under the hood to match that of CityFibre.

Founded in 2011, the wholesale network infrastructure builder is still a relative newcomer in the home connectivity sector, but with youth comes a bit of derring-do and a lot of innovation. In a competitive market, the UK’s largest independent full fibre network can genuinely lay claim to be disruptive: it is building an entirely new infrastructure based on full fibre technology, end-to-end.

There are no stopgaps, or interruptions to the flow of data to consumers’ doors. This is having a transformative effect in many places across the UK, but according to Jason Legget, one of the company’s five regional partnership directors, the rollout in Scotland has been particularly “special”.

“Our first completed Gigabit City in the UK was Stirling, with 17,500 homes, which we completed in August 2020. We are so proud of that milestone as it was the first city entirely covered with CityFibre fibre optic network. “The build has impressed across Scotland, actually, and so the next step in the journey is where else can we complete.”

That question will be answered in the first half of next year in Inverness, where the company is on schedule to complete another part of its full fibre to the premises (FFTP) offer. The firm is, in fact, currently active in six out of the seven cities in Scotland, so more will come on stream after that.

In total, the company is investing more than £500m in privately-backed capital to install its technology across Scotland with one build – Glasgow and Renfrewshire – accounting for around half of that spend. Once complete, the Glasgow and Renfrew network, Europe’s largest currently under construction, will reach just over 540,000 homes in Glasgow, one of the most densely populated parts of the country.

The firm also wants to play its part in extending the urban builds into rural Scotland and is in discussions with BDUK to explore opportunities to support Project Gigabit. And because of the service levels and high speeds, offered by the range of Internet Service Providers (ISPs) using the CityFibre network, consumers are responding, Legget says.

“People have been sharing pictures of their download speeds on social media,” he says. “It’s become a bit of a badge of honour as they are competing with each other for the fastest speeds. We’ve got customers of our ISPs posting images of over 900 megabytes per second.”

In Covid times, fast broadband has become the “third utility”, he adds, citing the “new norm” of remote working and importance of schooling during lockdown periods. But the message the company really wants to amplify is awareness of its quality and service levels.

Legget mentions Intel Inside, the global “quality seal” computer manufacturers use to promote the processing power of laptops and tablets, which has been responsible for giving consumers confidence and trust in devices. The same should also apply for CityFibre, whose full fibre optic network will transform the experience of residents used to standard or even partial fibre broadband.

“We feel we are in a position now where that brand story is really resonating with residents in our build areas. And we’re seeing thousands of people visiting our website each month to check their service availability, using our postcode checker.”

Living in a 200-year-old property, Stirling resident Michael Glass never dreamt that 21st technology would reach his B-listed home. But thanks to the technical nous of a local CityFibre team, who installed a “toby box” on the outside of the building, the data analyst has upgraded his 70mbps connection to 500mbps. He said: “Both my partner and I work from home, and with my job as a data analyst and my wife’s role as an editor we require access to large files that are very data heavy, making a good internet connection vital for us. It’s made a huge difference to my working day.”

Data hits all the right notes for creatives