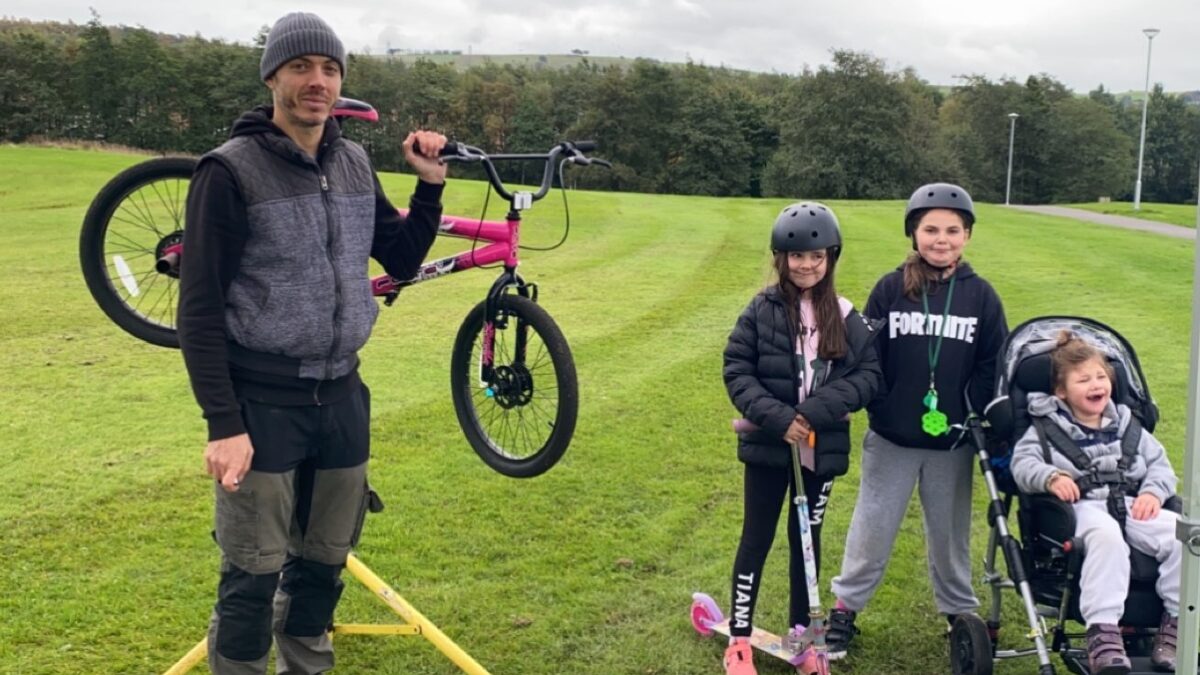 The final push for points has started as Beat the Street, the giant interactive travel game taking place across Renfrewshire, draws to a close.

Beat the Street is a popular physical activity challenge that aims to get whole communities moving together and has been played by more than 1.4 million people in more than 100 locations across the UK and beyond.

The game, which launched in Renfrewshire on 15 September, comes to an end at 7pm on 27 October when the leaderboards will be taken down and the winners announced shortly afterwards.

For the next six days, players will take part in ‘Go Celebrate’ week, where every Beat Box in the game will be giving out double points.

Beat Boxes are special sensors located on lamp posts around Renfrewshire, which players hover their card or fob over to start their journey. They can then walk, cycle or wheel to the next one within an hour to score 10 points.

More than 6,230 people from Bridge of Weir, Elderslie, Houston, Howwood, Kilbarchan, Linwood, Johnstone and Lochwinnoch have taken part and have together walked, cycled, wheeled, run and scooted an incredible 45,000 miles so far in the competition.

It is hoped that the game will have a lasting impact on local people and they continue to lead healthier, more active lifestyles.

Councillor Cathy McEwan, convener of Renfrewshire Council’s infrastructure, land and environment policy board, said: “I can’t believe ‘Go Celebrate Week’ is here and we’re into the final week of Beat the Street.

“The game has really been the talk of the participating towns and villages for the past few weeks, and it has been fantastic to see everyone getting active as a community.

“We’ve heard heart-warming stories of communities coming together, of people telling us how they’ve got chatting to neighbours and of players getting to experience green spaces and parts of their towns that they might not have known about before.

“The Beat the Street game itself is just the start though – when the game comes to an end, we’ll then continue to work with the local community to ensure that these healthy lifestyle habits are put into action and players are signposted to activities and community groups that they might not have known about before.”

Beat the Street Renfrewshire has been commissioned by Renfrewshire Council in partnership with Renfrewshire Leisure and is funded by The Scottish Government’s Smarter Choices, Smarter Places programme, administered by Paths for All. It is being delivered by Intelligent Health.

Hey you! Digital leaders; it’s time to take a fresh look at libraries