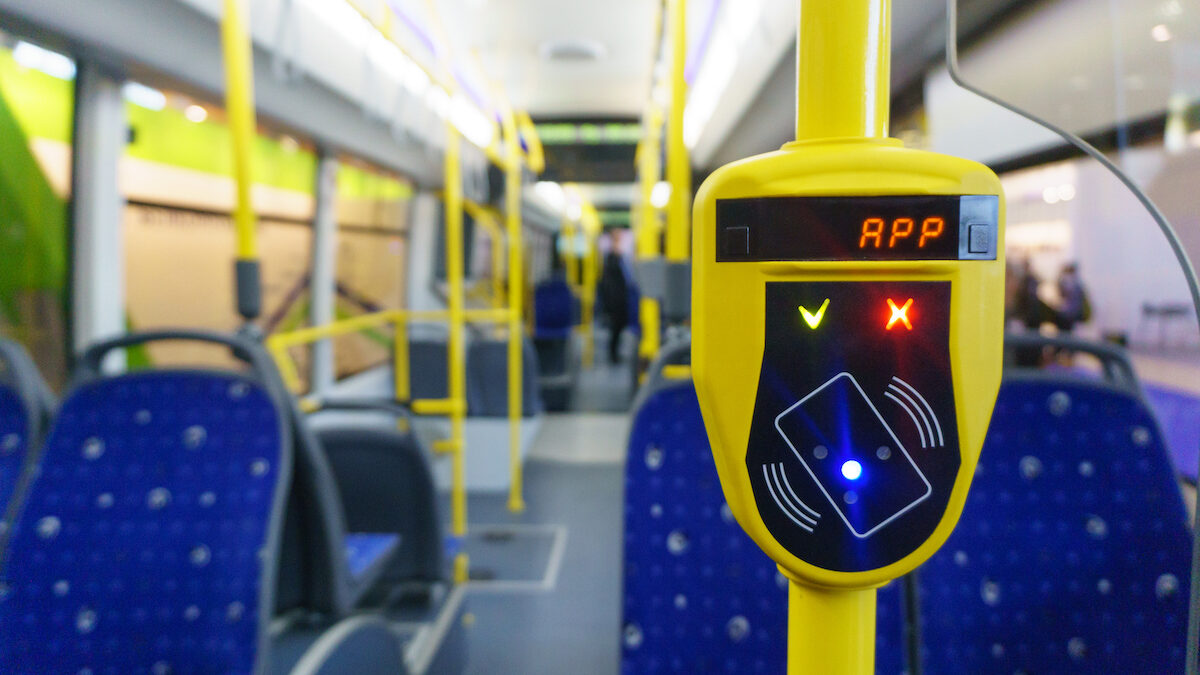 Scottish ministers have come under fire for “dragging their feet” on a single national smartcard for public transport – almost a decade after pledging to introduce a nationwide scheme.

Scotland has been “left behind” when it comes to an Oyster card-style ticketing system that would make it cheaper, easier and more convenient for commuters on buses, trains, trams, subways and ferries.

Instead, passengers are still using outdated paper tickets or a variety of 16 different smartcards almost ten years after the SNP pledged to bring in a ‘Saltire Card’ for transferrable journeys on public transport.

Neil Bibby, Scottish Labour’s transport spokesperson, said it was “absurd” the Scottish Government was “still figuring out how to deliver a smartcard”.

He said: “It’s been almost a decade since the SNP promised a single integrated smartcard for all Scottish public transport.

“The SNP have now abandoned this entirely, and are now wrangling over the detail of a weak alternative. The delays and downgrades to smart ticketing in Scotland are a direct result of the SNP wasting years refusing to regulate public transport.”

“We have fallen behind the rest of the world on this and the fact the SNP have dragged their feet delivering on the 2019 Transport Act for almost two full years gives me no confidence we’re going to catch up.”

Graham Simpson, Scottish Conservative shadow transport minister, said Scotland’s cities have been “left behind” compared to others, including London.

The criticism comes as a public consultation closed on the establishment of a formal governance body to support modernisation of transport ticketing across Scotland.

Scottish ministers have been seeking views for the past two months on the new group, which is to be known as the National Smart Ticketing Advisory Board (NSTAB).

The consultation process – a 12-page online survey – was completed last week and will now see feedback submitted to Transport Scotland to be ‘analysed’.

In addition, before making any directives to a local transport authority about ticketing schemes, ministers will consult the group.

Simpson said: “Instead of another consultation board, we should be seeing the SNP being as ambitious as possible now when it comes to revitalising our transport network after the pandemic.

“The Scottish Conservatives are fully committed to introducing a smart travel card system giving passengers the opportunity to use all types of public transport using just one card.

“That would ensure passengers would pay the cheapest fares and be entitled to automatic refunds for delayed or cancelled journeys.

“Our transport systems were devastated by the Covid crisis. We need to see action immediately to encourage passengers back onto services.”

Beatrice Wishart, Liberal Democrat MSP for Shetland, said: “Scottish ministers seem to have missed the boat when it comes to integrated transport. London has had the Oyster card for almost two decades but nothing comparable exists here.

“We need a system that includes single-through tickets and swipe cards that work for buses, trains and ferries across Scotland.

“Efficient transport is essential for the health of the economy, society and the environment. That’s why the Scottish Liberal Democrats are committed to making sure that every part of Scotland has an excellent local transport system and good links to the rest of the country.”

In 2012, Nicola Sturgeon, deputy first minister at the time, announced plans for the ‘Saltire Card’ – a Scotland-wide travel smartcard to be used across the public transport networks.

“The Saltire Card will be a hugely exciting development for transport in Scotland and will help us achieve a truly world-class public transport network,” she said, launching the scheme at the Scottish Cities Forum, which is now only available as an archive page on the Scottish Government website.

It was said that the card, which money could be pre-loaded onto, would make it “cheaper and easier for people to get around on trains, buses, ferries, subway and trams across the country”.

But the scheme has since fallen by the wayside. Instead, a so-called ‘improvement project’ was implemented in 2019 which saw Transport Scotland, public transport operators, the National Entitlement Card Programme Office and Young Scot, collaborate to allow all 16 types of public transport smartcards to be used between transport modes and operators.

Scotrail and Stagecoach’s smartcards are among the 16 included in the programme, which enables people to travel using just one smartcard – rather than separate smartcards or paper tickets for each operator.

The scheme is based on ITSO (Integrated Transport Smartcard Organisation) smart ticketing technology – a system that electronically stores a travel ticket on a microchip, which is then usually embedded on a smartcard. ITSO is also behind the London Oyster scheme.

But there are loopholes. Several major transport operators’ smartcards – such as Lothian Ridacard and SPT Zonecard – are not included. ITSO smartcards in Scotland are also not accessible via a mobile app, unlike the Oyster card.

There are currently over two million smartcards in use across Scotland, and Transport Scotland said that “allowing people to retain those they already have will help to reduce the number of new plastic smartcards being produced”.

Though the agency admitted that “things have moved on since the original ambition in 2012”, it denied accusations that it is taking too long to implement a smart travel network.

A Transport Scotland spokesperson said: “The technology does exist for passengers to use one smartcard to travel across Scotland’s bus, rail, tram and subway networks, and has done since November 2019.

“While adopting a universal smart ticketing scheme is ultimately a commercial matter for transport operators, we support such a move and have strengthened measures for Local Transport Authorities in the Transport (Scotland) Act as well as continuing to work with regional bodies to enable these schemes to move onto a smart medium.”

The body also claimed that the growing prevalence of contactless payment in recent years has “superseded the need for epurse for operators”. Around 95 per cent of bus operators now accept the payment method.

Those who completed the recent consultation were asked if board members should be paid, in addition to any expenses, for serving on NSTAB. Respondents were also asked how many member organisations should sit on the board and whether it should include non-voting members.

According to Transport Scotland, the NSTAB is necessary to drive consistency for the technological and operator approach. It will also accelerate modernisation and ease of access to all modes of public transport to support a widespread ‘modal shift and reduction in emissions’.

The decision to form the board came after a consultation conducted by the body in 2017, which sought views into various aspects of smart ticketing.

Most respondents thought that a consistent smart payment option would encourage the use of public transport and highlighted the convenience of not having to use cash. Participants also felt that a board should be formed to control the implementation of technology across Scotland for smart ticketing. These findings informed the development of the Transport (Scotland) Act 2019.

Feedback from the 2017 ‘future of smart ticketing’ consultation also highlighted “unique challenges to a single scheme solution”. These include the investment required in infrastructure and the agreement of a common ticketing standard or smart medium by commercial operators – whether smartcard, mobile app, or barcode ticketing etc.

And there is the matter of cross-border services and the “complex deregulated Scottish bus market” to consider. The Transport Scotland spokesperson explained: “For example, in Scotland there are approximately 295 private and public owned transport operators (mainly bus) with a range of fare options leading to significant competition, cost and implementation considerations in trying to establish and implement a single payment or ticketing scheme.”

Ministers said the Transport (Scotland) Bill will strengthen compatible smart ticketing technology across operators and modes and make it easier to get around Scotland by public transport.

5G connectivity can 'empower people to restore our planet'