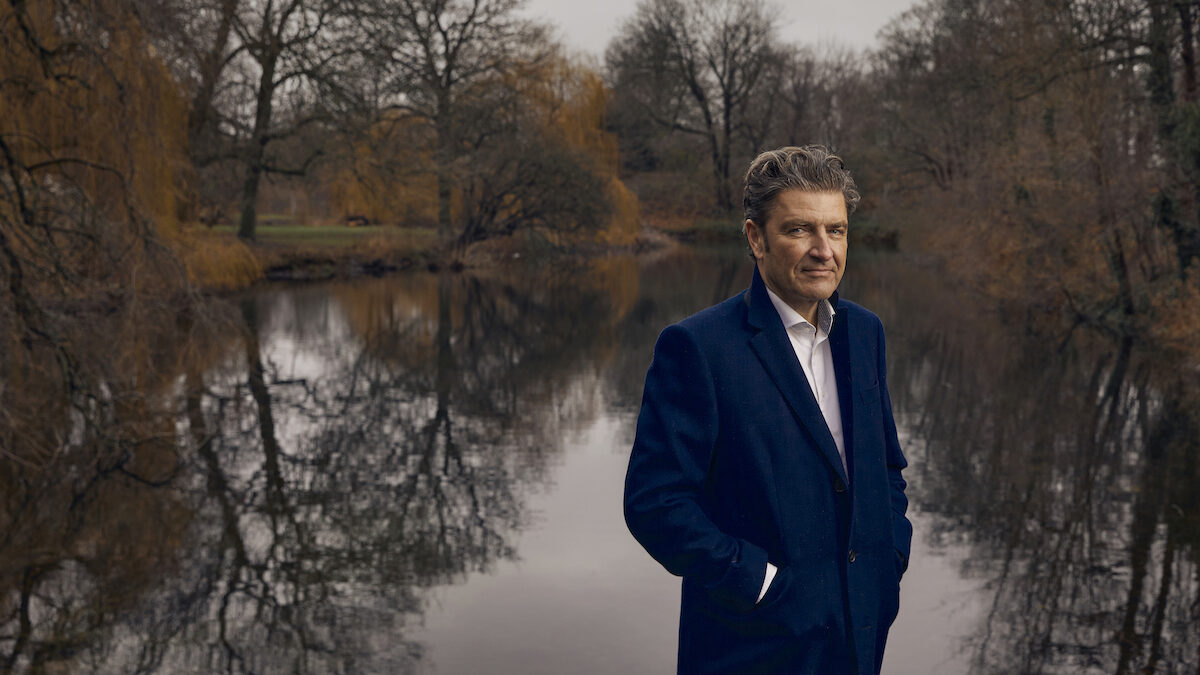 Founder of Danish IT firm, Netcompany, believes software can give everyone the opportunity of a good life

Since the easing of international travel restrictions, André Rogaczewski has been spending an increasing amount of his time in the air.

The roving tech boss – who runs Danish IT giant Netcompany – has been flying into European capitals banging the drum for a growing global “govtech” movement.

The chief executive, who cofounded the company at the height of the first dotcom boom in 2000, has also been through the arrivals halls in Scotland, landing recently for Cop26 and latterly the Digital Scotland public sector tech conference in Edinburgh.

And the reason? Denmark was the first country to go into production with its native Coronapas, or Covid vaccine passport, which has allowed citizens there to prove their coronavirus status and have some form of normality in the most abnormal of times.

The same technology, developed by Netcompany, is now in place for Scotland’s own vaccine certification status app, which marks the first time in history that Scots have carried their health records with them digitally.

Rogaczewski believes that the fact that Scotland, and Norway, are now using software forged in Denmark is a breakthrough moment, both politically and technologically, as more countries seek to co-operate on common IT systems and platforms.

So, the govtech movement, he judges, will only get stronger.

“We’re calling it the govtech framework,” he tells me on a Teams call. “The way it works is we go to a customer, sit down with them, discuss what they want to achieve and then build the technology.

“Once the customer goes into production with the solution, we ask them if they mind if we utilise the software components and accelerators for another government, whether that be a healthcare or medicines management platform or other public benefits solutions and services. Even with different legislation, or workforce organisation, the goals are ultimately the same.”

Since launch in September, the Covid status app has been downloaded over 1.4 million times in Scotland and is mandated for use to prove that individuals have been fully vaccinated before they enter nightclubs, adult entertainment venues and many large events. The app, installed on users’ smartphones, generates a QR code which is then scanned on entry before being matched against NHS records.

The system initially suffered from glitches, but early teething troubles were swiftly ironed out, with a few modifications to ensure greater levels of privacy. In England, Netcompany’s technology is also in use, but it has not yet been made a legal requirement. The app is however part of the UK Government’s winter Plan B if cases surge.

Rogaczewski is relaxed about how the product is regarded. He is a computer scientist by training and describes his approach to tech as based on the idea of the “sharing of components”, which can be re-configured to suit local markets and conditions, if and when they might change.

He is passionate about the govtech framework being deployed across Europe, especially given the influence of big tech from the US and China, which do not always translate well into the European regulatory environment. It’s also a timing issue.

“We don’t believe we have time in Europe to just sit down and reinvent the wheel for every piece of technology,” he says. “So, governments can learn from each other, take the components they need and build solutions together within the different domains. And the entire IP stays with the government.”

Denmark recently came top of the Organisation for Economic Cooperation and Development’s international Digital Connectivity Index, which rates nations according to the maturity of their digitalisation programmes.

Tech progress in this relatively small nation, whose population of 5.8 million is similar to Scotland, has been impressive. All social benefits, including for children, pensions and housing are delivered digitally, as is taxation.

The country made a strategic decision to replace legacy IT systems that were 30 to 40 years old in their entirety with new systems, many of which are Netcompany-designed, completing the work within five years.

There are no physical mailboxes, Rogaczewski says, except in the rare case someone opts out of digital communication, which is only around five per cent of people.

“We are delivering digital post to Danes,” he adds. “If you have anything from government, local or central, or from the hospital, or related to tax, that letter is delivered to a GDPR-compliant mailbox.

“In fact, most people love to have electronic mail, because they can actually find it again.”

Rogaczewski, 53, wants to go further. He describes a programme he took part in for Danish television, where he stayed in an elderly care home for four days. The aim was to get an understanding of how technology might help nurses reduce the burden of administration and spend more time with residents.

Denmark’s care system is expensive, and Rogaczewski recommended giving nurses headsets so they could record speech instead of manually typing out a patient record, into four different systems.
That data was instead fed to one member of the team who was re-tasked with inputting it, saving
time and effort.

Another experiment which recently hit the headlines in Denmark is an app and browser-based medical device developed by Netcompany and a local hospital that helps hospital staff monitor and support people with Covid-19 and other viruses in their own homes.

The information is relayed in real-time making clinicians able to keep track of patients’ vital signs. If it looked as though patients were deteriorating, they were able to get them into hospital to provide the oxygen they needed.

The solution has already caught great attention from other hospitals who are keen to see how it develops
and begin using it themselves. Rogaczewski believes the success of the pilot augurs well for the future of “home hospitalisation”.

In 10 years’ time, he says, home hospitalisation rates could be as high as 20 or 30 per cent of those who would traditionally have occupied beds.

This enthusiasm for technology as an optimiser not just for healthcare but in education, energy and transport networks, is cultivated as a kind of mission statement for Netcompany’s 6,000-strong workforce, whose average age is around 30.

Rogaczewski says he tried to communicate that message at a recent event at Copenhagen’s Royal
Theatre.

“I told them if they are sitting with their friends or family and asked what they do, and they answer by saying they programme Java, they are missing something vital. That’s true technically, of course, but the real effect of their labour is to build systems that are changing lives.”