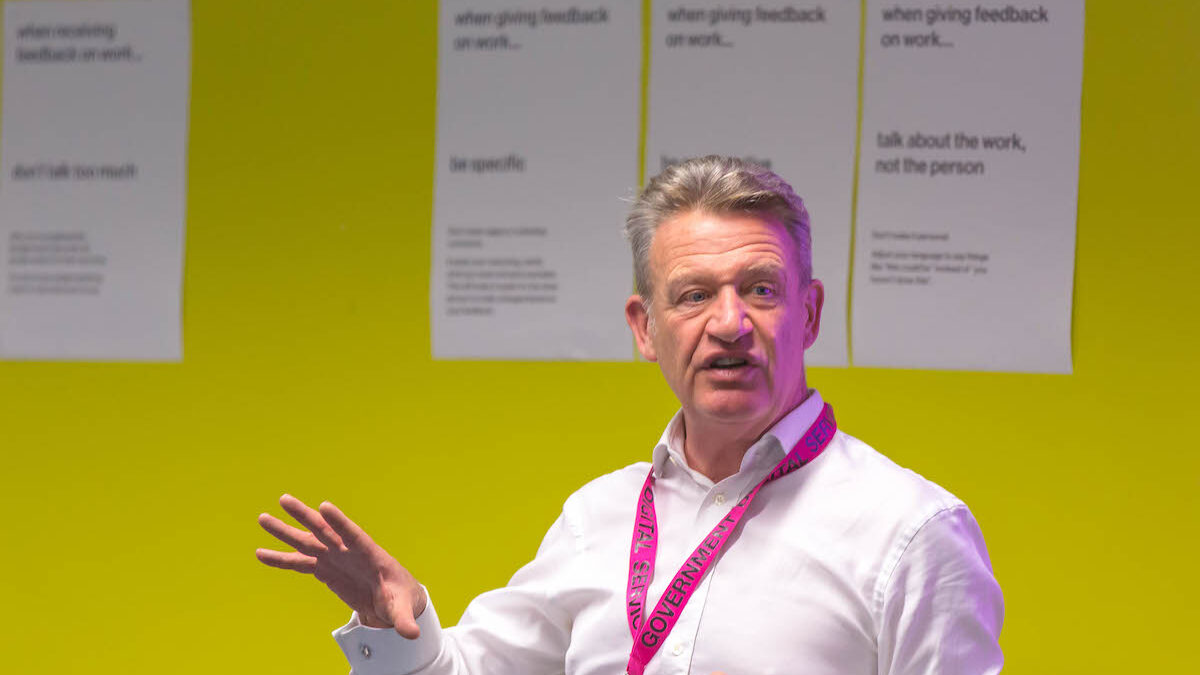 Transformation-driven governments must adopt digital identity to realise the full benefits of citizen centred services, according to a former government digital leader.

A sharp divide is starting to emerge globally between the ‘have’s’ and the ‘have not’s’ when it comes to digital versions of a national identity scheme, says Kevin Cunnington, the former head of the Government Digital Service at the UK Government.

Mr Cunnington was speaking at a webinar hosted by the Global Government Forum, an organisation dedicated to educating civil servants around the world to overcome common challenges, including the adoption of technology-led services.

He said that 10 years ago, the onus was on governments to transition from paper-based form-filling to digital services, and there were many good examples of where that has been done successfully, globally, most notably for providing citizens with a better experience of taxation services.

However he said the big remaining problem is that there is still largely a ‘siloed’ experience of using government services and a lack of sharing of a ‘golden record’ of citizen data.

“The solution to this is obvious,” said Mr Cunnington at the launch of the new Digital Leaders Study, published by GGF, which is based on interviews with seven national digital leaders across the world.

“You create a single digital identity for every citizen and you use that to ensure that we keep a single golden record of their data to at least make sure that their data is consistent across all the siloes of government. It turns out this is the great digital divide – this is crossing the Rubicon, the Rosetta Stone of government.

“If you can create this digital identity you can move forward and produce very joined up services very quickly because you can bring datasets together. If you can’t you end up getting really quite stuck.”

Mr Cunnington said the issue was not straightforward in terms of adopting digital identities and depended on a combination of factors, including a nation’s constitution, culture, politics and IT legacy. He added the nations that have digital identities – such as Estonia and Denmark – are largely those that had some form of national ID scheme already in place. The ones that have not had it in place – such as the UK, where attempts to bring in ID cards have failed in the past – have “been struggling to create a proxy digital identity for a whole variety of reasons”.

And that has led to the gap getting wider, he added: “The have’s are worrying about how to keep it secure and to put it on a mobile phone; the have not’s are trying to figure out how to get to it in the first place.”

Looking forward, he said: “What I expect the have not’s to do is to go back to basics and just establish a credential, a login that allows you to at least login with the same username and password and over time government will figure out a way of making sure that is a credible way of asserting you are who you say you are. The have’s will move on as they already are doing, and the have not’s will probably go back to basics and start again working their way through.”

The report looked at a wide range of metrics when it comes to digital maturity across different jurisdictions around the world. Mr Cunnington said the motivation was to try and look deeper into some of the issues that either help or hinder digital development, including the differing constitutional, cultural, political and technological contexts. He said existing international benchmarking reports – such as those carried out by the UN or the OECD – have become like an international ‘arms race’ and don’t typically reflect those points of difference.

This study was based on interviews with the following seven digital leaders in their respective jurisdictions.

It was carried out according to the ‘seven lenses’ maturity matrix, developed in 2018 within the UK government, and findings were clustered around three major topics: creating and implementing a vision; investment and project funding; and leadership and capabilities.

When it came to vision, Cunnington said broadly speaking they found that many of the visions or strategies of government were a bit ‘same-y’ and could conceivably be ‘cut and paste’ from one to the next. His favourite quote from one of the digital leaders – anonymised as the report was conducted under Chatham House rules – was that strategies often tended to contain ‘nothing objectionable but also nothing actionable’.

However he said the differences were most important in the design and execution of those strategies and although he did not favour singling out a particular nation as providing the ‘best model’ for digitisation, he referenced the ‘very best example we saw’ was a nation with a three-year parliamentary term where digital leaders sat down each year with their departmental heads and co-created a list of ‘achievables’. That particular country also compensated its digital leaders according to those achievements against the ‘masterplan’. A former senior executive with Vodafone, before his stint in government with GDS, Cunnington said he did lean towards greater incentivisation of civil servants in their roles.

One of the problems around leadership and capabilities was also pay, he said. Whilst government is now better at attracting digital talent around the junior and mid-tier levels, there remains an issue of recruiting digital leaders at the most senior levels because of the fierce competition and better remuneration levels in the private sector, and also the persistent political difficulty of some senior civil servants being paid more than the Prime Minister. Nations with a strong domestic tech sector also find it hard to recruit the best talent into government roles, he observed.

Digital leaders with greater control over budgets and finance were also found to be in a stronger position to implement change over the longer term. There was also the sense that IT projects have been constrained by the ‘big bang’ of investment that can ‘fizzle out’ and also struggle against competing government priorities, such as climate change. Cunnington said governments need to reform their procurement practices to keep up with ‘agile’ technology and recognise that investment needs to be maintained over the long term. Culturally, there is also a system deeply embedded within civil service roles that rewards those who are ‘liability conscious’ or ‘risk averse’, as that is how they ascended to the positions in the first place.

“Transformation is hard,” said Cunnington. “Which is why we don’t get round to doing it.”

For the full report visit here.